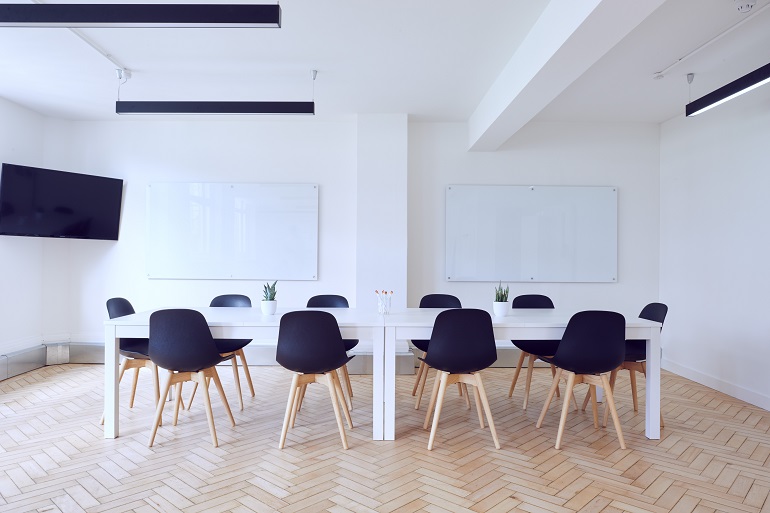 Visibility isn’t a vague term. It is the ability to see or to be seen. It’s clear—you either see Latinx and Queer writers or you don’t. It has been said all too often that to see or to be seen directly impacts the contributions an individual makes or will make. I don’t want to believe that literary conferences deliberately exclude writers from their featured line-up, but I do believe that an oversight is made when a conference planning committee doesn’t try to represent every aspect of the literary community.

Each year when AWP announces its list of featured speakers, a wave of excitement washes over me. I scan the program and list of events for names of writers whose work I’ve admired for years, and on occasion I find a friend who is being recognized for what they contribute to the literary community. Though every time, it’s like unwrapping a toy I’ve been waiting all year to receive, only to realize that the batteries are missing. This disappointment contrasts with the joy I feel in seeing writers I admire who are featured, which does nothing to extinguish the fact that the list of featured speakers at AWP and other popular writing conferences lacks Latinx and Queer writers.

To be visible, to be seen, gives those seeking to tell their story a sense of permission; to be visible is to be validated. On the eve of the 2017 AWP Conference, journalist Porter Anderson wrote an article about AWP and its growing inclusivity and focus on diversity. The article discusses the addition of panels to support a growing need for diversity, but as a Queer Latinx writer, the visibility of my communities at writing conferences is still underrepresented. On the rare occasion that I see people like me represented in public spaces, it is often a Latinx caricature, related to food, music, or Mexican heritage, and most Queer people in the public sphere are white males. In the fifty-year history of AWP, there have been only a handful of Queer people of color featured.

At AWP, the creation of the Latino Caucus in the last year is just one opportunity to voice our concerns and discuss issues around the obstacles to publication, such as active oppression, stereotypes, and the historical marginalization of Latinos. The Latinx community has been publishing for decades. The establishment of programs like CantoMundo, Letras Latinas, and Macondo in recent history has drawn attention to and supported the publication of Latinx writers. As Latinx writers work to become more visible, there seems to be little institutional support. There is still work to be done to address inequalities in access and visibility within the literary community.

It is important to recognize and to understand that diversity and inclusion is a complicated idea. Even within cultural groups, diversity exists and those nuances must also be represented. Latinx people are in themselves diverse—we come from Mexico, the Caribbean, Central and South America. We speak Spanish, Portuguese, and Indigenous languages. Just as someone’s culture and traditions from Ireland are different than someone from Germany, Latinx people are all different. The same goes for Queer people—we come in all colors, shapes, sizes, and cultural backgrounds.

Latinx and Queer writers are still far underrepresented, especially at the intersection of being a person of color and queer. Every literary organization, especially those at the top of the institutional ladder, must be actively examining itself—they must take it upon themselves to support the communities they serve, giving everyone a voice. Craig Morgan Teicher’s article last year in Publishers Weekly highlighted ways to make writing communities more inclusive, noting the presence of special interest groups at AWP including a Latino and LGBTQ caucus, among others, which have only been in existence within the last five years.

At AWP in 2013, Kevin McLellan and David J. Daniels, inspired by the lack of queer inclusion at AWP, started an off-site reading called Queertopia. They said, “Not to dismiss AWP. We wanted to do an evening that was more inclusive.” Immediately following that year’s conference, with the help of Brian Kornell, I started a literary reading series, Stories & Queer, with a mission to increase the visibility of LGBTQ writers in the Midwest and in the South by creating a space in the community for those writers to tell their stories.

In the early iterations of this series, Stories & Queer hosted off-site Queertopia readings at the 2014 and 2015 AWP conferences. But AWP was not enough. My co-founder and I travelled across the country creating events to feature local LGBTQ writers. We knew there were people who didn’t have the means to attend AWP, and we wanted to empower them in their own communities. When someone is too afraid to be seen, or doesn’t have to the tools to speak, someone must show them the way. It is an ethical imperative to be inclusive. Literary institutions must identify marginalized people and make them visible. In the next few years, literary conferences will take place in communities where Latinx and Queer people have little to no visibility. They are not part of the public sphere in Florida, Texas, the Midwest, or in rural areas. This is an opportunity for conference organizers to feature marginalized people in those states, in those communities, for others like them to see themselves represented.

Literary communities in metropolitan areas have enormous privilege. Writers of color and Queer writers inhabit every major metropolitan area, but not every Queer and / or person of color can be or wants to be in a metropolis. Not long after starting Stories & Queer, I shared the mission of S&Q with a prominent editor and publisher; her response was ill-fitting. She suggested that Queer people should simply move to San Francisco or to a larger city to be a part of those robust communities. I disagreed. Not every person is in a position of privilege that allows them to pack up and move. Besides, why should we run away from our fears? This is the very mindset that leads to cultural homogeneity—when marginalized communities and people can only exist in cities, we live in self-exile. One of the greatest benefits of a traveling conference or series is that it can foster change in the community it inhabits. Literary conferences can be the catalyst for creating a public space for marginalized people by making them visible.

Literary conferences recognize and celebrate poets and writers; these literary institutions must understand that they establish a decorum for language and literature. They serve to create a narrative, a mythology of literature, about writers in the world—who is writing and who is capturing the stories of the lives in the world around us. Do not leave Latinx, Queer, or marginalized writers out of this narrative. We are here. We’ve been here for centuries. If you fail to include us, history may show that we weren’t present, and this is the biggest disservice you can do to any people or culture.