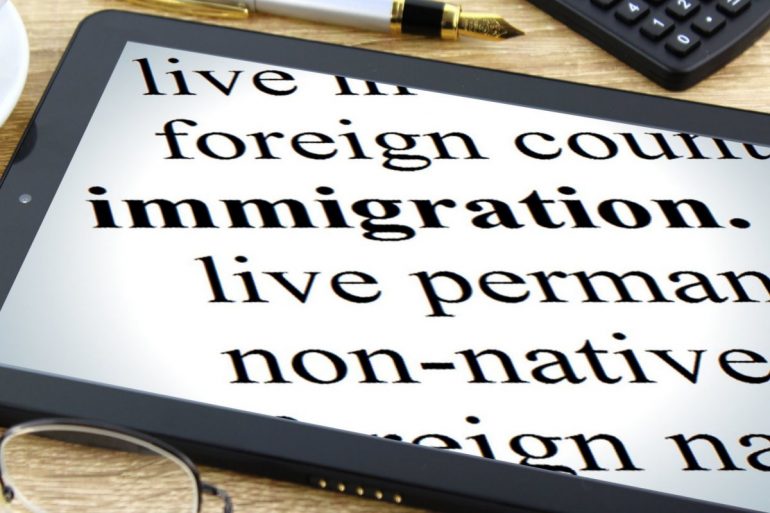 Literary Washington, D.C. is populated with characters who have called the city home for generations, but today, about one in seven Washingtonians are immigrants. The demographics of the city have shaped literary trends and artistic output, and created a demand local entrepreneur Angela Maria Spring hopes to fill.

Spring is working to build Duende District, a bookstore with a mission to serve “a multicultural community with an equally multicultural ownership and staff.” A career bookseller, poet and the daughter of Central and Latin American immigrants, she believes “our nation’s capital, which has no legal voice in Congress, is a vibrant city of black, Latino and immigrant communities that deserve a bookstore that embraces them all.”

Spring is building community and inclusive spaces through pop-ups before settling on a permanent bricks-and-mortar location in Washington. She said,

In a time of destruction, creation is the most powerful weapon. And when you create space, it does not negate other spaces. A bookstore is a conversation. At Duende District Bookstore, we, people of color, will create that conversation and then invite everyone to join. This is true intersectionality and an authentic space for us all. And it begins here, a stone’s throw from a Congress and president who want to suppress our voices. But we will not be suppressed—we will be loud and warm and welcoming in the literal faces of intolerance and fear.

Washington writers and literary organizations embraced a Poetry Coalition collaboration in March 2017, presenting programs on the theme Because We Come From Everything: Poetry & Migration. Split This Rock, a local organization of poets and social justice activists, collaborated with Kundiman and Letras Latinas to host a joint reading featuring poets Wo Chan and José B. González around the Poetry Coalition theme. They also promoted the work of additional writers addressing themes of migration through their Poem of the Week series and published yet more in The Quarry: A Social Justice Poetry Database.

In addition, Split this Rock was named the winner of the 2017 Freedom Plow Award for Poetry & Activism, which recognizes artists doing innovative and transformative work at the intersection of poetry and social change. This year’s winner, Christopher Soto (aka Loma), cofounded the Undocupoets Campaign and worked with Amazon Literary Partnerships to establish grants for undocumented writers. Soto will be honored at a gala in Washington on April 21st.

Angela Maria Spring is also a narrative poet, and she said in an interview with the Ploughshares Blog that “there is nothing that shapes my poetry more than my family’s immigrant experiences. When you are a child in an immigrant family, you exist within a permanent liminal state that becomes an obsession to constantly escape and define.”

Fiction set in the neighborhoods of Washington that lay beyond the White House has featured immigrants from the Greek families who populate George Pelecanos’ detective novels to the Ethiopian community portrayed by Dinaw Mengestu. As Spring said, “no matter what the white-nationalist narrative that is sweeping through the country is, we are a nation of immigrants, for better or worse.” She continued,

I am blessed to be a poet made of so many colors, but it is a battle. But immigrants are the bravest of warriors and children of immigrants, we were born fighting for the dream our parents and grandparents gave up so much to provide just the possibility of for us. We were born to rewrite this country’s history over and over again. We are, we will.