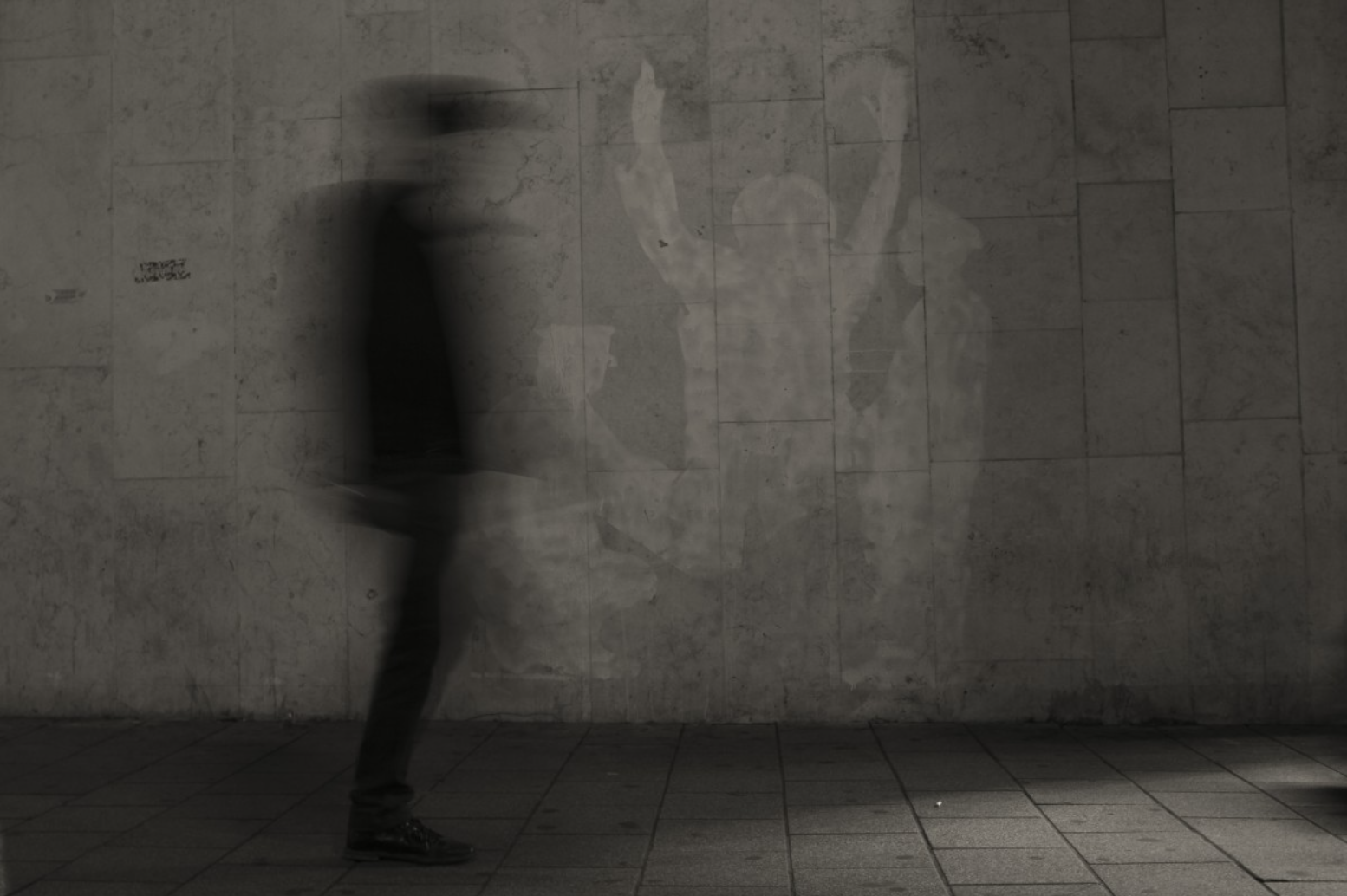 As a student poet, I never once read a book of poetry I knew to be written by a bi+ poet, much less one who expressly addressed and celebrated a non-monosexual identity. Sure, this might be partially my fault. It’s true that, at the time, I never sought out a poet writing about bi+ identities. Perhaps, subconsciously, I was too scared of what I would learn about myself. More overtly, however, I never felt permission to seek out bi+ poets, in part because I had been warned by a professor about so-called “poetries of identity.” He claimed that any poem about one’s identity—whether it focused on race, gender, sexuality, class, ability, or any combination thereof—constituted a lesser art than those “subtle” poems “of skill” written by the (predominantly white, cishet male) poets he assigned. Now I realize that his “tastes” were deeply informed by his privilege; he didn’t have to write about his identity—and didn’t think it necessary to read about anyone else’s—because he was in no way marginalized.

Sometimes I wonder if an early encounter with the work of a bi+—or, for that matter, any queer—poet writing explicitly about their sexuality, would have encouraged me to recognize and claim my queerness sooner. It’s only really been in the last year and a half, since I turned thirty, that I’ve been out, and discovering the work of other bi+ poets has been absolutely essential to my work of coming out, both in my life and on the page.

June Jordan has been especially meaningful to me for the ways in which she writes poems about romantic relationships with both men and women. Jordan’s 1993 collection Haruko/Love Poems offers a series of poems addressed to a female lover. These poems alternatingly demonstrate “trustful lust with lyrical delirium / or pain irregular as drought or rain.” In “Resolution #1,003,” Jordan declares that she “will love who loves me,” regardless of their gender. Jordan further writes about how bisexuality offers her freedom in her essay “A New Politics of Sexuality”:

If you are free, you are not predictable and you are not controllable. To my mind, that is the keenly positive, politicizing significance of bisexual affirmation.

While Jordan sees the possibility of freedom in bisexuality, the personal experience of non-monosexuality is often fraught. In “Mental Health in the Bisexual Community: Biphobia, Bi Erasure, & Getting Help” brochure, the Bisexual Resource Center notes that bi+ people have statistically “higher rates of anxiety, depression, and other mood disorders” than monosexual people, including gay men and lesbians, and also notes that bi+ people are “less likely to be comfortable with their sexuality” or being “‘out’ to friends and family” than non-bi+ people. Research shows a link between mental health issues faced by bi+ people and the phenomenon of bi+ invisibility and erasure. GLAAD, the LGBTQIA+ media monitoring organization, notes that, “Bisexual erasure or bisexual invisibility is a pervasive problem in which the existence or legitimacy of bisexuality (either in general or in regard to an individual) is questioned or denied outright.”

Poet Marcelo Hernandez Castillo describes bisexuality as being defined by a feeling of “between-ness,” something that inherently leads to invisibility: “existence is unclassifiable from the point of view of a person who is bi-sexual, but who is also married….And in that there’s the idea of invisibility,” he says. Castillo sees the poetry of his first book Cenzontle as doing the work of “trying to define for myself a specific kind of Queer identity that isn’t defined as easily as other identities that are Othered by the White supremacist, homophobic society at large,” and he sees this as not having a name yet. His experience is ineffable, and its ineffability makes it all the more important as the subject matter for poetry.

Poetry has the opportunity, perhaps even the imperative, to make bi+ experiences more visible, and there are a number of contemporary poets who are writing about bi+ identities. In addition to Castillo and Jordan, poets like Brenda Shaughnessy, Rebecca Hazelton, and Rosebud Ben-Oni have all offered unique and nuanced portrayals of bi+ speakers. Both Hazelton and Ben-Oni examine sexual experiences with men and women, sometimes within the same poem.

In Hazelton’s “Late Youth,” she addresses a past lover, a person whose gender has not been identified but who’s described as having a “solid torso and thighs, / your breasts hardly there” and is not considered one of the “young, earnest men” who came before. Hazelton’s speaker says that the past lover “erased [the men] entirely.” This poem negotiates gender preference, commitment questions, and lost love through the clarifying distance of years; the poem ends:

You were a person with a body, and flaws,
and sometimes you were unkind,
as was I. And worse,
you loved me,
and had always seen these things.

“You were a person with a body, and flaws” reasserts the personhood of the addressee without underscoring the person’s gender identity—a compelling, if not deeply kind gesture.

Rosebud Ben-Oni’s poem “Even Doves Have Pride,” on the other hand, reads more like invective about a past girlfriend. “It’s the straight girl I dated who’s the most outraged / I married a man,” she writes, negotiating some of the discriminatory expectations that bi+ people face. Hera Lindsay Bird’s poem “Bisexuality,” on the other hand, confirms, perhaps with a tongue in cheek, a common misconception about non-monosexual people: “Everyone assumes you want to fuck them………and they’re right.” Bird presents several analogies for bisexuality here as well:

It’s hard to know what bisexuality means
It just…….comes over you, like an urban sandstorm
When a fish crawls up onto land?—that’s bisexuality
It’s an ancient sexual amphibiousness

This “sexual amphibiousness” reminds one of “between-ness” Castillo identified.

In a recent feature on the West Branch blog, poet Kathy Fagan writes about the intersections between her poetry and bisexuality, and how she identifies with the “non-mainstream”:

I don’t know, to this day, whether inherent queerness made me a poet, or if it was inherent poetness that made me queer, but behind both are, I see now, a powerful identification with the non-mainstream and a natural feminism made infinitely stronger by virtue of having once been in love with a woman.

Fagan’s cause-and-effect connections between queerness and poetness is interesting, in part because it implies that the poet, that is, the state of being a poet, is inherently rooted in a kind of ineffability and between-ness—a compelling thought indeed.

More poetry about bi+ identities and more institutional and community recognition of the queerness of poets writing out of or beyond their bi+ identities will make visible bi+ experiences within the literary community. There has been progress. Lambda Literary has finally added a Bisexual Poetry category for their 2019 Awards, thirty years after their inception, and a call for submissions recently went out for bisexual poetry anthologies. A number of bi+ poets appear in recent anthologies of queer poets, including Nepantla: An Anthology Dedicated to Queer Poets of Color. But there’s still more to be done to bring bi+ experiences the named visibility and validation of other queer experiences. Since coming out, I have been disheartened to learn that many bi+ poets I know, especially women, feel uncomfortable claiming that they belong to a LGBTQIA+ literary community. For that reason, I hope that our literary institutions continue to explore ways in which they can visibly recognize bi+ experiences as essential to our larger literary landscape.