Home
»
Series
»
Big Picture, Small Picture: Context for Joyce Carol Oates’s “Where Are You Going, Where Have You Been?” 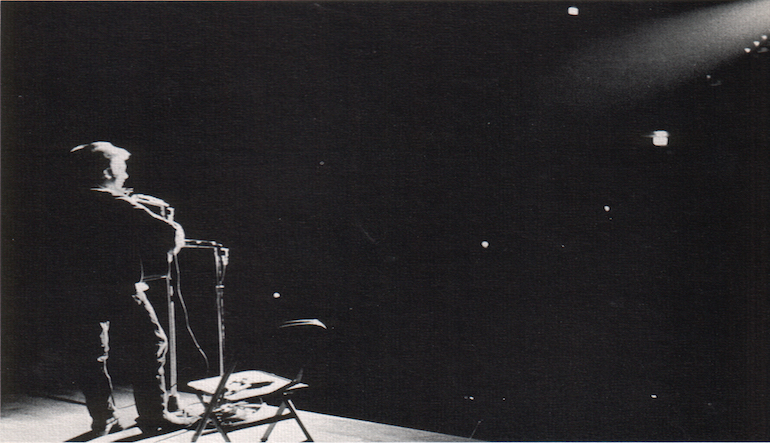 And he lifted up his eyes and saw the traveler in the open square of the city; and the old man said, “Where are you going? And where do you come from?”

It is the evening of May 31st, 1964 in Tucson, Arizona. Charles Schmid, “Smitty,” tries hard to perfect his teenaged Elvis look. He pats his face with makeup that draws out the baby blue of his eyes and puts black polish in his hair. He stuffs his leather boots with newspaper to give his slight 5’3” frame a few extra inches. He dabs a fake mole onto his left cheek to add character to his face. But Schmid, 22, is not what he seems. Tonight, he’ll lead Aileen Rowe, 15, out to the desert and commit the first of the three murders that will earn him the nickname “The Pied Piper of Tucson.”

August 16th, 1965 is a typical summer day for a Tucson teenager: very hot and very long with very little action to break the boredom. 17-year-old Gretchen Fritz decides to brave the forecasted thunderstorm and take her little sister, Wendy, to a movie. The sisters might watch John Wayne in Rio Bravo at the Cactus Theater, or catch a showing of Mary Poppins at the Midway Drive-in on East Speedway, or even see Elvis Presley himself shimmy his way through G.I. Blues. But the sisters don’t make it to the drive-in. Instead, they run into Charles Schmid, Gretchen’s on-again off-again boyfriend, who cuts their young lives short that very night.

In the Fall 1966 issue of Epoch Magazine, Joyce Carol Oates’ classic short story, “Where Are You Going, Where Have You Been?” first appears. Oates takes cues from Schmid’s case to tell the story of 15-year-old Connie, a pretty girl with a “quick, nervous giggling habit of craning her neck to glance into mirrors or checking other people’s faces to make sure her own [is] all right.” Connie spends the languorous summer evenings strolling up and down the shopping plaza, or hanging out with friends at the drive-in restaurant and waiting for boys to buy them sodas. Inspired by his haunting lyrics, Oates dedicates the story to Bob Dylan.

One night at the drive-in burger joint, Connie crosses paths with Arnold Friend, a boy with wild black hair and a teasing grin and a “familiar face.” The next Sunday, Arnold shows up at Connie’s house while she’s all alone. At first, Connie is amused by Arnold’s “different” look: his fast-talk, his “shabby black hair that looked crazy as a wig,” his beat up gold convertible with zany things written on it like “MAN THE FLYING SAUCERS,” and the numbers of a secret code: 33, 19, 17.

But Connie begins to notice things about Arnold Friend that don’t seem quite right: his bronze-tan skin that covers his face but not his neck; the strange hardness to his voice; the way he wobbles about in his boots, as if he has hooves instead of feet. By the time Connie awakens to the menace in front of her, it is too late. Arnold Friend pushes through the screen door as Connie slumps to the floor in the kitchen, helpless to drown out the “noisy sorrowful wailing” rising all around her.

Arnold friend speaks to her in a “gentle-loud voice…a half-sung sigh…’the place where you came from ain’t there anymore, and where you had in mind to go is cancelled out.’” Connie looks beyond Arnold out to “the vast sunlit reaches of the land behind him and on all sides of him–so much land that Connie ha[s] never seen before and [does] not recognize except to know that she [is] going to it.”

On March 1st, 1966, a jury needs only thirty minutes to convict “The Pied Piper of Tucson” of murder, sentencing him to death by gas chamber. Schmid sits stoically while the verdict is read, dressed now in a tweed sports jacket, his combed reddish-brown hair flecked here and there with the remnants of dye, his eyes registering no emotion. In the corner of the courtroom, Schmid’s mother cries out for her son.

Two nights later, a world-weary Bob Dylan winds down his first set alone on stage at the Convention Hall in Miami, Florida. He stands in the spotlight wearing a trim suit, his harmonica resting against his chest, his hair an unruly flourish. Backstage, his band members prepare for the blistering second set during which they’ll slam on snare drums and stab out licks on the screeching electric guitar. The crowd, not ready for this hard new cacophony, will boo and plug their ears. Dylan will steel himself to their cries and growl at his band to “play fucking loud,” stamping out a defiant rhythm on the stage with his pointy black boots.

But for now, Dylan plucks at his acoustic guitar and lilts out a softer, more familiar tune–an elegy to an innocent time that is already all but gone:

The vagabond who’s rapping at your door,
Is standing in the clothes that you once wore.
Strike another match, go start anew,
And it’s all over now, Baby Blue.