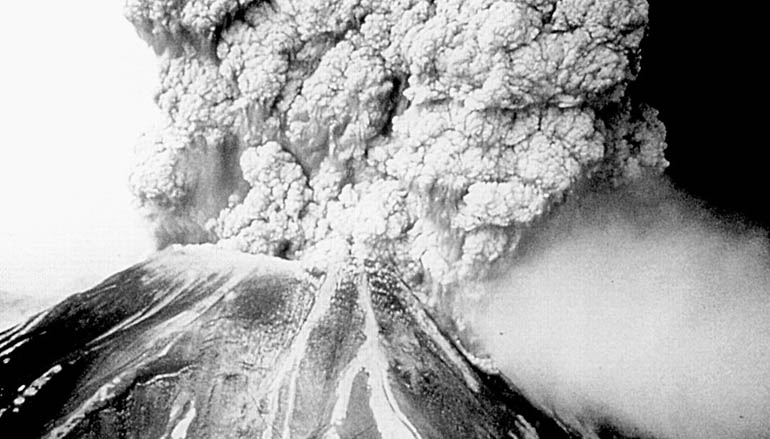 If we shadows have offended,
Know but this and all is mended.
That you have but slumbered here,
While these visions did appear,
And this weak and idle theme,
No more yielding, but a dream.

“I am a sportswriter’s dream,” Muhammad Ali muses during a March 1st, 1971 press conference, seven days before his first heavyweight title fight against Joe Frazier. He has a hopeful vision of the future: “I’m going to give him a boxing lesson. I’m going to enjoy myself for five or six rounds.” One week later, Ali and Frazier go fifteen rounds. Ali wins five or six of them. Frazier wins the rest, along with the heavyweight title.

Meanwhile, in Portland, Oregon, classified ads in the Oregonian urge readers to stop putting their plans off until the future. There are dream jobs, dream deals, dream bosses, and dream kitchens available right now. “Do You Dream of a Large Home by the River?” an ad wants to know. There it is, waiting for you. There are dream homes for families, young professionals, pilots, ceiling watchers, golfers. An Admiral brand refrigerator is priced “much lower than you would ever dream possible.”

In Ashland, Oregon, a professional production of A Midsummer Night’s Dream kicks off the Oregon Shakespeare Festival. On stage, an actor portrays Bottom’s bewilderment: “I have had a most rare vision. I have/had a dream—past the wit of man to say what/dream it was.”

This same month, Ursula K. Le Guin’s novel, The Lathe of Heaven, is serialized in two parts in the science fiction magazine “Amazing Stories.” In the genre classic, George Orr lives in a futuristic Portland, Oregon of 2002, a claustrophobic city where it rains so “ceaselessly, steadily, tepidly,” it is like “living in a downpour of warm soup, forever.” One night, Orr dreams of a large home by the river to which he can retreat. When he wakes up, it’s his. That’s because Orr dreams effectively: his dreams are visions of the future, which he himself creates.

Orr first discovers this ability as a teenager, when he dreams that a bothersome aunt dies in a car crash. The next morning, he learns that it has really happened, and in some mind-bending way, he’s responsible.

In the real Portland, Oregon of 2002, a class on dream interpretation and application is being held at Portland Community College. The instructor, a local woman with self-taught expertise, first became interested in the subject as a little girl, after she had a dream that her aunt died. The next morning, she learned that it had really happened. “It was the kind of dream that really wakes you up,” she says.

In one dream, George Orr sees a world in the aftermath of cataclysm. He awakes to find that Mount Hood, Oregon’s highest peak just forty miles east of Portland, has blown its top: “The light of the eruption [is] terrible and gorgeous.” The air in the city becomes thick and gray with ash. Lava swallows the unwatchful towns at the base of the mountain and creeps toward Portland.

On the morning of May 18, 1980, nine years after The Lathe of Heaven first appeared, Mt. St. Helens erupts just seventy miles north of Portland, sending a roiling shaft of smoke nine miles into the atmosphere. The surrounding area is besieged with flooding and avalanches; lives are lost, and homes are destroyed.

Nevertheless, an estimated crowd of 200,000 turns out for the Portland’s annual Rose Festival Parade in June. Though a thin layer of ash coats the streets and causes the marchers and spectators to cough into their sleeves, the mood is hopeful. The Oregonian reports, “[m]arching bands, horses, rodeo queens and the faithful spectators paid little, if any, attention to the cloudy skies and dirty streets.”

But some local residents do pay attention. In that same edition of the Oregonian, an article in the “Forum” section ponders, “What Could Happen if Mount Hood Also Blew Its Top?” The article details, in present tense and by the hour, the minor and major destructions wrought by such an event. Readers are reminded, again and again, that this is “an imaginary scenario, NOT a report.” Spanning the top of the page, an artist’s rendition shows a furious and violent Mount Hood, spewing fire and smoke into the sky. At its base, amid elegant brush-stroked firs, a cottage sits quaint and unwatchful.

George Orr has always dreamed of a beautiful world, but his manifestations bring chaos and instability. Haunted by the dystopia his troubled subconscious has created and desperate to control his awful abilities, Orr seeks advice from an unlikely ally. In reply, he is handed a vinyl record: The Beatles’ “With a Little Help From My Friends.”

In May, 1971, when the conclusion of The Lathe of Heaven is published in “Amazing Stories,” John Lennon begins work on what will be the most successful recording of his solo career. In it, he has a hopeful vision of the future: