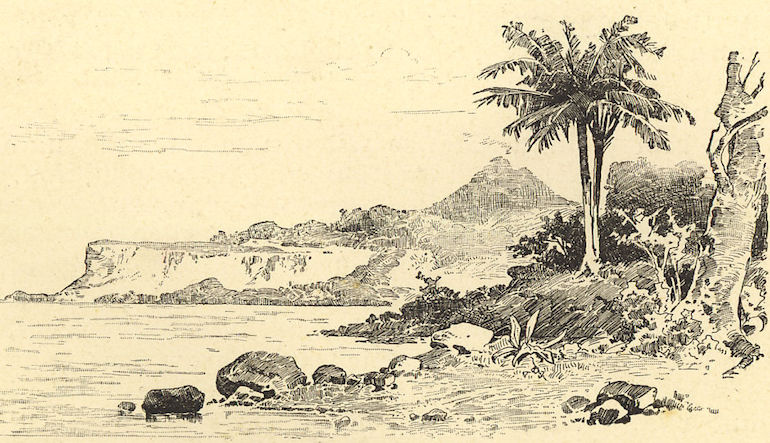 So this is the tale of our castaways
They’re here for a long, long time.
They’ll have to make the best of things,
It’s an uphill climb.

September, 1704. Castaway Alexander Selkirk stands on the shore of a small island four hundred miles off the coast of Chile, surveying the undulating land on which he is the sole human occupant. For weeks he scans the horizon for ships that might rescue him, but when none appear, he moves inland, hunting wild goats and foraging berries. Soon, he adapts to his new home, constructing huts from pepper trees and crafting clothes from goatskins. After four years and four months on the island, he is rescued by an English privateering ship.

Ten years after Selkirk is rescued, Daniel Defoe publishes the quintessential castaway novel, Robinson Crusoe, inspired by real-life stories of survival similar to Selkirk’s. Defoe’s novel is so successful that a new literary genre is coined to describe books about castaways: Robinsonade.

One hundred and thirty-eight years later, Scottish writer R.M. Ballantyne pens The Coral Island, a classic Robinsonade for juvenile readers, in which three teenage boys, Jack, Ralph, and Peterkin, have grand adventures while marooned on an island in the South Pacific. The novel endears itself to European readers both young and old, depicting the boys as morally pure heroes of the Western world and the native Polynesians as “inhuman monsters” whose base customs, like cannibalism, have not been tamed by the touch of civilization.

On June 6, 1944, Lieutenant William Golding commands an English naval craft that launches rocket salvos onto a German-occupied beach in Normandy. Decades earlier, as a boy, Golding reads The Coral Island and is enraptured by the tidy imperialism of the exotic adventure; as an adult, the war gives Golding a different perspective on humanity: “I began to see what people were capable of doing. Anyone who moved through those years without understanding that man produces evil as a bee produces honey must have been blind or wrong in the head.”

After the war, Golding turns his attention to teaching and writing. One evening, sitting in front of the fire with his wife, he is inspired to write a novel based on two images in his head: “One is the picture of a little boy who discovers that he actually is on a coral island . . . and he’s so delighted that he stands on his head; the other was of this same little boy crying his heart out because he discovered what was inside people and what could come out of them.”

In September of 1954, two hundred and fifty years after Alexander Selkirk gazed upon his own desert island, Golding publishes Lord of the Flies about a group of British schoolboys stranded on a tropical island. Ralph, Jack, and Piggy emerge from the wreckage of a plane crash to survey the island, with its “pink rocks,” its air “thick with butterflies lifting, fluttering, settling,” and the “peacock water” of the surrounding coral reef. They laugh, wrestle, and stand on their heads with joy. “This is our island,” they report to the rest of the crash survivors: “It’s a good island. Until the grownups come to fetch us we’ll have fun . . . We’ve got to have rules and obey them. After all, we’re not savages, we’re English, and the English are best at everything.”

The same week that Golding’s debut novel publishes, an article in the New York Times alerts readers that if they have the means then they, too, can stand on the shores of their own island and survey the landscape:

Anybody who wants one or more Islands may apply to the Government of the Seychelles at Mahe. He will not be quite a Robinson Crusoe, for there are a few inhabitants of mixed African and European origin, speaking a sort of French. But he—or, preferably, he and she—might, if they could forget the outer world, live quite a pleasant life in the Amirantes.

The once-pleasant island lives of Ralph, Jack, and Piggy sour through struggles for power and brutal violence. This savagery comes not from any external threat, but from within the boys themselves. When a British naval officer arrives on the island, he witnesses Ralph with “filthy body, matted hair, and unwiped nose,” weeping “for the end of innocence,” and “the darkness of man’s heart.”

Nearly thirty years after publishing his first and most famous novel, Golding accepts the Nobel Prize in Literature with a stirring endorsement of the form and a more generous perspective on the individual:

There is no other medium in which we can live for so long and so intimately with a character. That is the service a novel renders. It performs no less an act than the rescue and the preservation of the individuality and dignity of the single being, be it man, woman or child. No other art, I claim, can so thread in and out of a single body, so live another life. It does insure that at the very least a human being shall be seen to be more than just one billionth of one billion.