Home
»
Critical Essays
»
Birds and the Conjuring of Grief 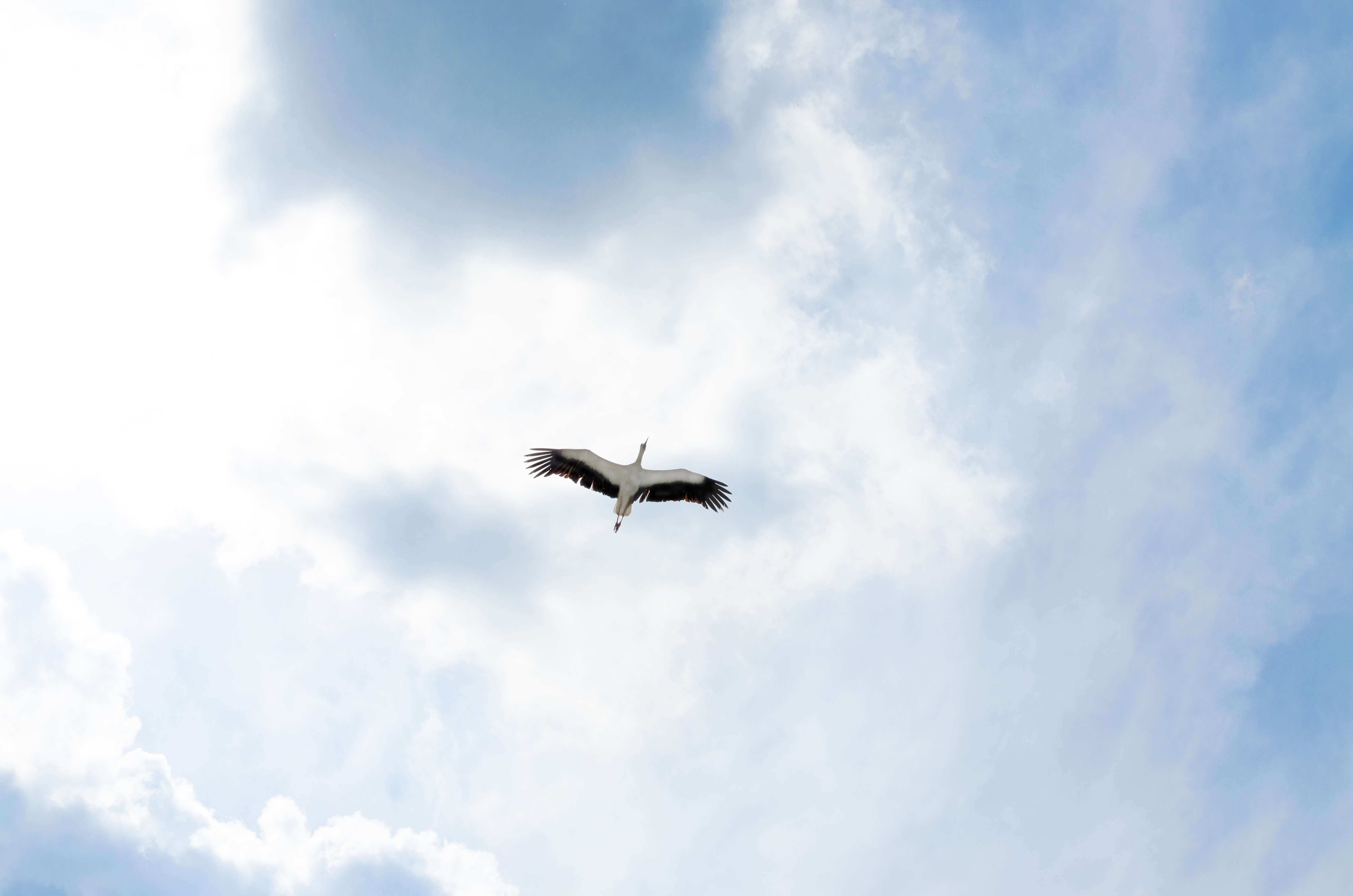 There is no better depiction of the way grief perches in the heart than recent books by Helen MacDonald and Max Porter. In both MacDonald’s memoir, H is for Hawk, and Porter’s novel, Grief is the Thing with Feathers, grief comes in the form of winged creatures appearing in the narrators’ lives much like the losses that have unexpectedly descended upon them. As the narrators of these books struggle in their encounters with the birds, they mourn and learn to let go.

In MacDonald’s memoir, hawks haunt her dreams after the sudden death of her father. She had worked for an organization that rescued injured birds of prey and recalls a memory in which a goshawk was released. When freed, she notes, the female hawk “disappeared over a hedge slant-wise into nothing […] as if she’d found a rent in the damp Gloucestershire air and slipped through it.” This image keeps replaying in MacDonald’s mind and she realizes she longs for this ability to escape—from the mundane world, from the ache of her grief. She then sets out on a days-long drive to meet and adopt a goshawk of her own.

Training the goshawk, she finds, evinces a battle of wills. Throughout the daily negotiations, the rages, the worries, and the delusions about the bird in her care, the one constant solace is how the hawk returns to her, perching on her arm. She writes how “the thump of her gripping talons on the glove was a miracle. It was always a miracle. I choose to be here, it meant.” In training the hawk, MacDonald chooses to be present too. As she discovers toward the memoir’s end:

The hawk was a fire that burned my hurts away. There could be no regret or mourning in her. No past or future. She lived in the present only, and that was my refuge. My flight from death was on her barred and beating wings.

MacDonald also evokes the notion that birds like her goshawk are of two worlds: both earth and sky, the living and the dead. She writes about how in folklore, from Celtic myth to ancient shamanic tradition, birds are able to cross borders that humans cannot, as messengers between this world and the next. As she works through unfinished business with her father—sorting through his things, reckoning with her memories, and trying to write a tribute to his life—she too seems to inhabit two worlds, however uneasily in both.

During the dark days of her bereavement, MacDonald finds her own life mimicking that of her hawk companion, and the words she uses to describe the bird seem just as fitting a description for her: Solitary, self-possessed. Wild, free, feral. Savage. Perhaps she is drawn to the goshawk as a kindred spirit; her fate seems inexorably tethered to this creature now.

As MacDonald chronicles her struggles with the goshawk and her grief, she eventually begins to see the world—and training goshawks—differently, suddenly recognizing the hawk as a being wholly separate from herself and her nature. She feels the need for human connection returning, along with a softness, and a kind of grace. Her transcendence from the most difficult place of grief comes as unexpectedly as her early goshawk sightings: “Looking for goshawks is like looking for grace,” she says. “It comes, but not often, and you don’t get to say when or how.”

While Grief is the Thing with Feathers differs in obvious ways from Macdonald’s memoir—Porter’s book is a slender novel, told from the perspectives of a father, his boys, and a foul-mouthed crow referred to only as Crow—there are many parallels to Macdonald’s journey through grief, and the imaginary crow that haunts the family carries with it many of the same struggles that Macdonald’s goshawk brought.

We see the father, a scholar absorbed in the writings of Ted Hughes, with Crow perched on his shoulder as the manifestation of his madness and deep mourning for his wife. Crow’s voice ranges from gibberish to provocation to wise counsel to indispensable comfort for the father and boys. As Crow himself reflects: “I was friend, excuse, deus ex machina, joke, symptom, figment, spectre, crutch, toy, phantom, gag, analyst and babysitter.”

Crow embodies, through his pesky presence and madcap utterings, all that it takes to battle depressive and destructive thoughts, reconcile the anger and sadness of loss, and reclaim a life among the living. Crow and the father speak about his grief and its many stages: “It changes all the time.” Crow agrees, adding: “It is everything. It is the fabric of selfhood, and beautifully chaotic.”

Porter’s book aptly closes with the idea of an unfinished song. The emotional arc revealed is similar to MacDonald’s—one of acceptance, letting go, a readiness to return to engaging with the world—and equally powerful. A sudden fixation on the need to move on and to ask Crow to leave resolves itself in finding Crow already gone. The nonsense with the crow is over, the father tells his boys. The novel skips forward to the boys, now grown, confessing that they still wave and call out to crows, reminding us that missing someone never completely disappears, and how grief, no matter the time or form it takes, alters the world of the bereft in an instant and in the ever after.

Of all the books I’ve read on the bereavement process, none so artfully captures this notion of grief as a “beautifully chaotic” journey as these two works do. Through the metaphor of the birds, both books enable the narrators and readers to take flight over the landscape of loss, and beyond the paralyzing clutch of grief.

Tags:Grief is the Thing with Feathers, H is for Hawk, Helena MacDonald, Max Porter