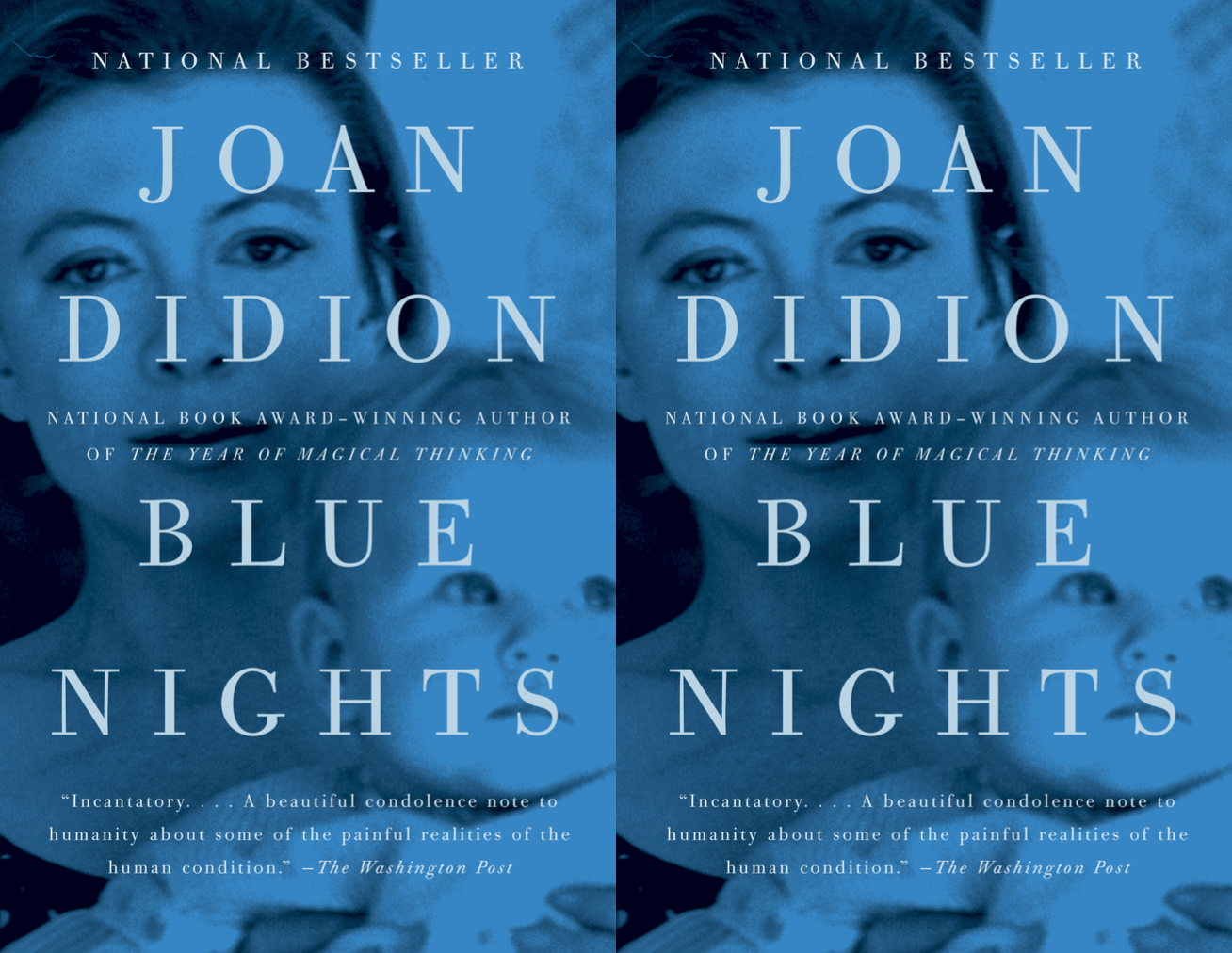 “We tell ourselves stories in order to live,” wrote author and cultural critic Joan Didion in The White Album, her chronicle of the revolutionary politics of the 1960s and ’70s. “We interpret what we see, select the most workable of the multiple choices. We live entirely…by the imposition of a narrative line upon disparate images, by the ‘ideas’ with which we have learned to freeze the shifting phantasmagoria which is our actual experience.”

Yet grief renders our mythologies and fears a fractured reality. “Disparate images” and “phantasmagoria” defy contours or frames. How do we give form to the “bare ruin’d choirs” of memory?

This spectral question forms a refrain in Blue Nights, a lament for Quintana Roo Dunne Michael, Didion’s daughter, whose death from pneumonia and a cerebral hematoma followed the equally tragic death of John Dunne, Didion’s husband of four decades, by a mere two years.

The untidy vestiges of sorrow—memories of the white stephanotis flowers in Quintana’s hair; of her feet as she kneels in the Cathedral of St. John the Divine on her wedding day, months before her death; of the hospital calling when newborn Quintana was ready for adoption; of Quintana’s loving scrawl on the back of a photograph she took, gracing Didion’s desk—these, along with Quintana’s words, phrases, and poems, unmask the greatest resilience and stoicism we’ve seen from Didion yet.

Blue Nights is also evocative of the French moderns, our foremost chroniclers of grief. The pacing and cadences recall Marguerite Duras’s requiem for her family in Écrire, Simone de Beauvoir’s mourning her mother in Une mort très douce, and Roland Barthes, touched and seared by pictorial representations of death in Camera Lucida.

But the sage skepticism and rapier-like prose for which Didion is revered remain her own—a sign, perhaps, that telling this story enables her to live.

Jaya Aninda Chatterjee, an editorial assistant at Yale University Press, has reviewed books for The Millions, Bookslut, and the Colorado Review. Her blog can be read at bookofjreviews.wordpress.com.