Home
»
Uncategorized
»
Book Recommendations for Those Looking to Transform Their Lives 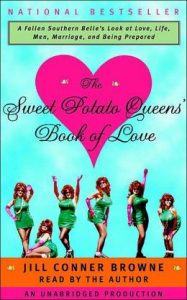 It’s late February, the time by which most New Year’s resolutions slowly fizzle out and die—assuming they didn’t already crash and burn weeks ago.

In fact, I used to be so addicted to the idea of self-transformation that I actually ran a blog called Self Help Me, on which I reviewed the never-ending stream of self-help books I received through my job (I worked in the behavioral science department of an academic book publisher), through my book reviewing gig with Publishers Weekly, and from my local bookstore.

And although these days I feel as if I have life pretty much figured out (cue manic laughter and sobbing), there are still a few books I keep around for those desperate times when I need a reminder that positive change is possible. The bindings are well-creased, the pages have been dog-eared, and the passages have been underlined and starred. They are my touchstones.

So if you know anyone who’s been struggling with their resolutions (not that I’m insinuating anything), consider gifting them a copy of one of these bad boys:

For the Friend Who Has Spent Their Entire Life Savings on a Collection of Ridiculous Winter Hats, But Who Longs for Financial Independence: 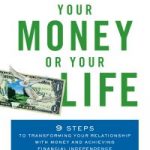 First published back in 1992, Vicki Robin’s and Jose Dominguez’s Your Money or Your Life is not for the faint of heart. Yet it’s proven to be so popular that it’s been published in several revised editions. While the authors take their lessons in frugality to the extreme, it’s worth reading even if just for the way it makes you wonder: Am I making a living? Or am I making a dying?

For the Friend Who Has Decided to Belatedly Follow Employment Trends of the Past Few Years and Strike It Rich As His Own Boss: 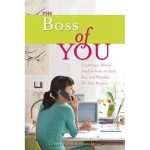 The road won’t be easy. Yes, you can wear pajama pants and cat slippers all day long and take breaks to watch the latest DVR’d episode of Sherlock whenever you want. But as the ranks of the self-employed have grown, so has the competition. So sure. Indulge in some alone time with Bird by Bird and The Art of the Interview and Naked, Drunk, and Writing. But if your friend wants to become familiar with the nitty-gritty of making a business succeed, there’s no better resource than Emira Mears’s and Lauren Bacon’s The Boss of You.

For the Friend Who Struggles with Human Interaction: 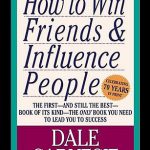 Another classic that’s stood the test of time, Dale Carnegie’s How to Win Friends and Influence People imparts lessons that seem obvious as you read them, but still. They serve as valuable reminders for how one should conduct themselves in both professional and personal situations and prove that though you may not have been born with charisma, you can still learn to be charming and lovable as hell.

For the Friend Who Resolves to Lose Weight Every Damn Year, But Then Binges on Burger King and Cadbury Mini Eggs: 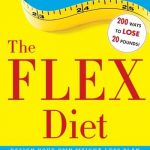 January is always a big month for the gyms and yoga studios. Inspired by the clean slate the new year provides, people start out strong with extreme diets, juice fasts, and exercise regimens. Unfortunately, they tend to find that these new, healthy habits are unsustainable. Hence the drop-off in February. I’m not one to promote dieting (I would never deny myself the pleasures of food), but James Beckerman’s The Flex Diet isn’t your average diet. In fact, I wouldn’t consider it a diet at all. Rather, it’s a book filled with suggestions for healthy lifestyle changes you can adopt à la carte… changes that fit into your own life and that are therefore possible to maintain over the long haul.

For the Friend Who Has Lived Somewhat of a Sheltered Life But Is Now Looking to Grab It By the Balls: 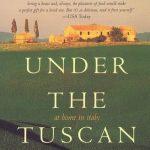 As an introvert, I have trouble letting loose, especially around other people. My idea of a good time is cooking myself something delicious, binge-watching a prematurely-canceled Joss Whedon TV series, and then retiring to bed with a good book. But sometimes, I come across books that make me long to live life more fully. That make me want to say yes to life. If your friend also has trouble saying yes to life, there are a ton of books out there that might inspire them. The ones that did it for me? The Sweet Potato Queens’ Book of Love, Under the Tuscan Sun, and Yes Man. Yes, they’re a silly, bizarre mix. But they’re my silly, bizarre mix.

For the Friend Who Is Possibly Going Through Some Rough Times and Needs to Be Inspired, Period: 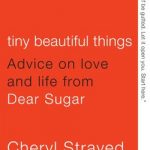 Cheryl Strayed’s Tiny Beautiful Things—a collection of the author’s Dear Sugar advice columns, previously published on the Rumpus—contains the most atypical advice I’ve ever read. But it is beautiful and generous and blatantly honest and it makes me cry.

Finally, For the Friend Who Still Can’t Make Those Resolutions Stick*: 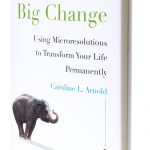 The recently-published Small Move, Big Change, by Caroline L. Arnold, makes a point I’ve been trying to make to my coaching clients for years: you gotta dream smaller. By which I mean, of course, that you have to stop setting large, vague, unattainable goals and start setting smaller, measurable, manageable ones. This book shows you how to do so, in every part of your life.

So now that I’ve solved all of your—um, your friend’s—life problems, do me a solid and share the books that have changed your life for the better.

*I mean no offense by any of these characterizations. In fact, I have been all of them at one time or another.