I was going through a major book slump this past month, and it was driving me crazy. I scanned my way through a how-to that felt flimsy. I rushed through one memoir that felt a bit all over the place, and abandoned another one after reading a single chapter. I made it more than halfway through a novel that had gotten a lot of hype but, despite being enchanted by the descriptions of place, I was indifferent toward the plot and the characters. It was starting to feel like one, long slog, and that’s when I picked up Night Film.

Immediately, within the first few pages, I knew this was going to be fun. Ah, I thought to myself. This is exactly what I needed. Suspense. The supernatural. Horror.

Marisha Pessl’s Night Film—about an investigative journalist looking into the death of a horror director’s daughter—pressed all the right buttons for me. It took me back to my first love—horror—and the quick, frenzied fling we had together felt damn good.

I’ve been this way since childhood; my parents worried I was too morbid for my own good. If you’re the same way, this list is for you. Just a warning, however, that my love of horror goes beyond ghosts and monsters and big, bad creepy crawlies. What I love is the stuff that sneaks up on you—supernatural or not—and worms its way slowly, insidiously into your brain, eventually suffocating you with that feeling of crippling unease.

So if you’ve already read and loved my number 1, Night Film: 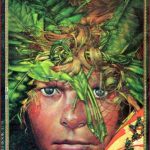 2. William Golding’s Lord of the Flies. I don’t care that most of you read this one when you were still eensy weensy. So did I… and I’ve read it approximately a billion times over again since then. This tale of a group of boys who crash land on an uninhabited island and pretty quickly devolve into savagery scared the hell out of me as a child, and still does so now. The unknown aside, there’s still nothing scarier than the darkness within. 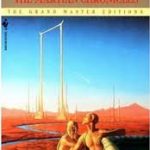 3. Ray Bradbury’s The Martian Chronicles. This is another one I read (a billion trillion times) when I was young, after discovering it on my father’s bookshelf. It’s a collection of stories chronicling the colonization of Mars by humans, and the conflict between them and the native Martians. The particular stories that really gave me the heebie-jeebies include “Ylla” (about a female Martian who dreams about the approaching astronauts, and the increasingly jealous husband who kills them upon their arrival) and “The Third Expedition” (about a group of humans who are lured into a phony facsimile of the life they left behind and eventually killed). The entire collection smacks of Twilight Zone-esque horror and sharp social commentary. 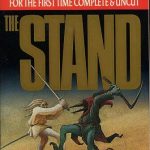 4. Stephen King’s The Stand. While It is my favorite King novel (and I have the rubber-banded copy to prove it), it is The Stand‘s slow, drawn-out tale of a post-apocalyptic world separated into a war between good and evil—a tale that prods at issues of human nature—that really seems to belong on this list. It reveals an actual monster in the end, but in The Stand most of the very worst monsters are flesh and blood. 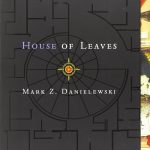 5. Mark Z. Danielewski’s House of Leaves. Finally, you’re saying to yourself. Enough with the social commentary. Give us a good old haunted house. Well sure. I’m not above getting creeped out by houses that go bump in the night. This haunted house story is unique, though, in that it’s three stories one (conveyed through a main text and a series of footnotes). The one storyline that grabs me the most, however, is the story of a house that is bigger on the inside than it is on the outside, and what becomes of the filmmaker who decides to go exploring. 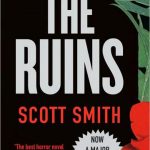 6. Scott Smith’s The Ruins. I’m not sure why this novel about a group of tourists who become trapped on a hill by deadly vines grabs me so much more than a lot of the other horror out there. I suppose part of it is the long, drawn out-deaths they endure after being unable to escape, despite being so tantalizingly close to civilization. (No, I don’t know what’s wrong with me either.) But I suspect the larger key to this book’s hold on me is the way it hints at the horrific reality that this same exact thing has happened many times before. 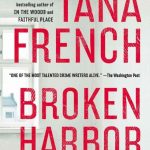 7. Tana French’s Broken Harbor. I’m a fan of a good mystery (as evidenced by my addiction to crime procedurals), and French rarely disappoints (though there can be a sameness to her novels). But what really elevates this particular investigation of the slaughter of an entire family is that things are not what they seem. In fact, the deceased may have actually been the victims of their own descent into madness. 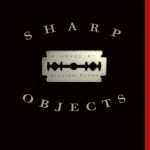 8. Gillian Flynn’s Sharp Objects. Sure, sure. Everyone’s waiting with bated breath for the film release of Gone Girl. I enjoyed the book, too. But I hold a soft spot in my heart for Flynn’s debut novel, Sharp Objects, about a troubled young reporter forced to face the early childhood beginnings that nearly destroyed her. 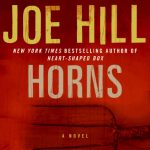 9. Joe Hill’s Horns. The progeny of Stephen King is definitely cut from the same cloth. I first fell for Hill when I read his book of short stories (20th Century Ghosts) and I most recently enjoyed his satisfyingly hefty NOS4A2. But I especially enjoyed Horns, which has at its heart the mystery of a young woman’s death, and which is made all the more delightful by the main character’s brand new ability to make those in his life admit their deepest, darkest, most loathsome secrets. As is my pattern, I am endlessly fascinated by the unexpected worst in people. 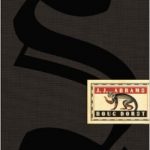 10. J.J. Abrams and Doug Dorst’s S. Admittedly, this book’s inclusion on my list is motivated primarily by my deep admiration of its scope as a piece of bookish art: once you slide this book out of its slipcover, you can’t help but be in awe of the publisher’s dedication to the authors’ vision (I’ve written more about this here). But I also include it because this story within a story (within a slipcover) carries a hint of menace and mystery throughout both its plotlines.

From the book description: “A young woman picks up a book left behind by a stranger. Inside it are his margin notes, which reveal a reader entranced by the story and by its mysterious author. She responds with notes of her own, leaving the book for the stranger, and so begins an unlikely conversation that plunges them both into the unknown.”

So those are my top 10 when it comes to embracing that delicious feeling of creeping horror. What have I missed? What do I absolutely need to read next?