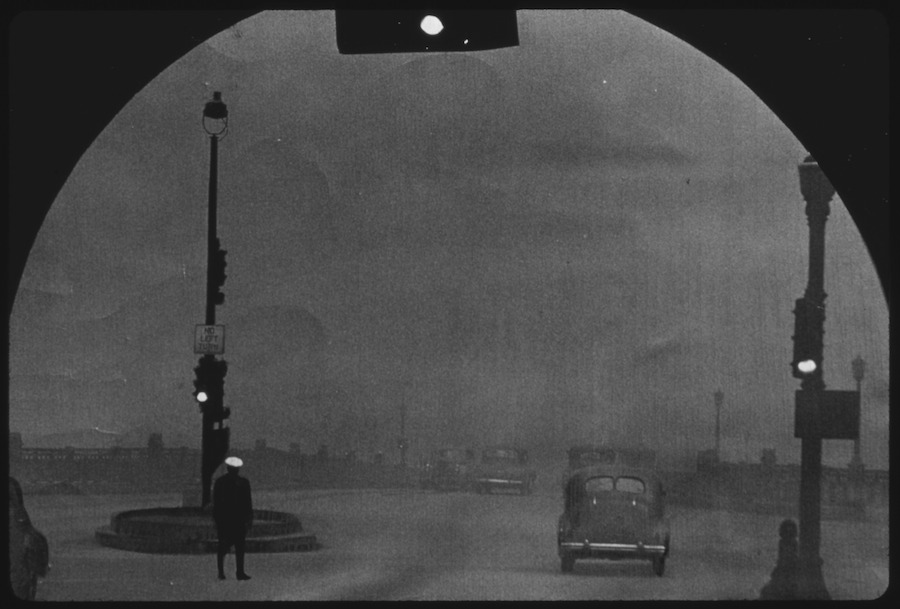 We moved to Pittsburgh from the Northeast almost two years ago for my husband’s job. I tell people here I’m new to the city, usually as a way of explaining that it’s new to me, that my mental map is hazy and lots of references still slip right past. Before we came to house-hunt two summers ago, with our then-five-month-old in tow, I hadn’t been here in conscious memory. I grew up in New England, and when I pictured Pittsburgh I saw a vast, Midwestern flatness. (This turns out to have been as wrong as it gets—I thought I knew about hills before I lived here, but I did not know about hills.)

Yet whether Pittsburgh and I are actually new to each other depends on your definition. My grandmother now lives in Ohio, but she grew up here. Her parents lived here their entire lives. My great-grandmother was from the Troy Hill neighborhood of the city. She worked in a Pittsburgh glove factory once she left school after eighth grade. She met my great-grandfather, who’d just returned from World War I, here. She lived to be one hundred, and she was a talker, and I remember her telling us how the air in the city used to be so thick with smoke that the streetlights would come on in the middle of the day.

Pittsburgh for me is a strange doubling, then: known/not-known. I have roots here, but they’re buried beneath several decades and not actually accessible to me. I think a lot of us experience this kind of doubling in the places of our past or the pasts of our parents and grandparents—since more and more of us have left those places. They’re familiar to us, but in another sense, we’ve lost them.

Lost places have a long and powerful literary history, going all the way back to Eden, which seems to become more interesting (to me, anyway) once Adam and Eve are expelled from it. In Milton’s reenvisioning of the Fall, Eve responds to her impending exile from the garden by celebrating its beauties, and mourning them:

O unexpected stroke, worse than of Death!
Must I leave thee Paradise? Thus leave
Thee native soil, these happy walks and shades,
Fit haunt of gods?…
…O flow’rs,
That never will in other climate grow,
My early visitation, and my last
At ev’n which I bred up with tender hand
From the op’ning bud, and gave ye names,
Who now shall rear ye to the sun, or rank
Your tribes, and water from th’ambrosial font?

Exile makes her write a poem. You get the sense she’ll write others.

Perhaps the poetry-making impulse that stems from separation explains why some of literature’s most vivid places are ones either the characters or their author no longer occupy. Nabokov’s descriptions of life in his family’s Russian country house in Speak, Memory are almost hallucinatory. Edwidge Danticat has created her rich portraits of Haiti from the U.S. That famous generation of American expatriate writers caught part of the essence of the country they’d abandoned. James Joyce wrote Dubliners mostly in Trieste.

In an essay on exile, Roberto Bolaño wrote that “a writer outside his native country seems to grow wings.”

But there are many ways of ending up on the outside, I think. You can find yourself separated from a place even while you’re actually there. Time and loss create their own boundaries. The resulting homesickness can be felt in many novels about childhood, even the ones by authors who never actually left home.

There’s a passage I love from The House of Mirth that I think has something important to say about the lure of the places we’ve lost. Just before Lily Bart’s death, Wharton pauses to catalogue the forces that have doomed her, and among them is the absence of this kind of pull:

She herself had grown up without any one spot of earth being dearer to her than another: there was no center of early pieties, of grave endearing traditions, to which her heart could revert and from which it could draw strength for itself and tenderness for others. In whatever form a slowly-accumulated past lives in the blood—whether in the concrete image of the old house stored with visual memories, or in the conception of the house not built with hands, but made up of inherited passions and loyalties—it has the same power of broadening and deepening the individual existence, of attaching it by mysterious links of kinship to all the mighty sum of human striving.

Part of Lily’s problem turns out to have been that she has nothing to miss. Wharton thinks our longing for the places of our past, or our family’s past, is really our longing for a more general kind of connection—the kind we probably can’t ever fully achieve. In trying for it anyway, we expand.

So as I’m learning my new city for myself, I’ll remind myself to keep squinting, keep seeing if I can catch a glimpse of my great-grandmother walking down these streets, back when they were dark at noon.