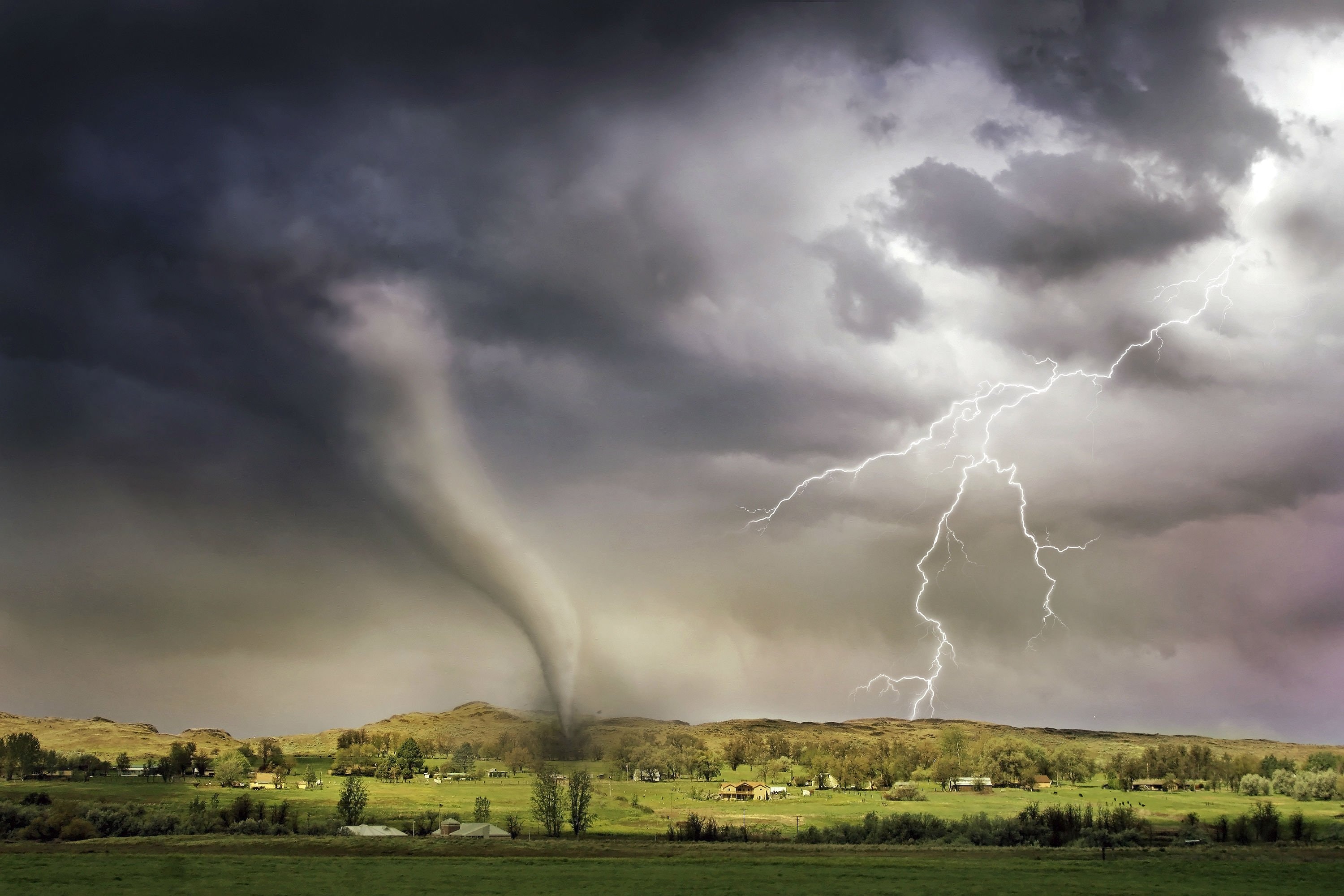 Last week, we had our first probably-twister since coming to live in beautiful Cullowhee; in the mountains, it’s hard for a tornado to get up a good whirl, and by and large our weather is so temperate we’re ashamed to complain about it.  (I also felled my first tree, dropping it almost exactly where I meant to.  The “almost,” unfortunately, means some of it landed in the road.)

This led to three days without electricity, though, during which I learned things, some for the fourth or tenth time:  not only how to wash a load of dishes in an inch of two-day-old dishwater and the last dribble from the pipes, nor yet how lucky we are to have WCU with its showers so close, nor even how wonderful a thing is ice—more beautiful, and, really, more extraordinary, than the diamond it somewhat resembles.  But also how dependent we are—despite Prius, solar panels, rain barrels, battery radio, gas logs, wood fires, oil lamps, candles, hand water filters, and bucket-flushing toilets—on the fossil-fuel grid we so deplore.  And, too, about light.

This event was much easier than our last three-day outage.  Through seventy hours of bitter winter weekend, the chief problem was less how to keep frozen food cold—though eventually that became a matter of deep concern—than how to keep the house above freezing.  Wood fire, gas logs, buckets of water for the toilets, oil lamps:  we expected and planned for that one, and still got profoundly tired of the whole thing.  This time it was summer, and despite the promptitude with which the freezers lost their integrity, we could keep the windows open; we could get out of the house and the neighborhood with relative ease (at least once we and some neighbors chainsawed our way through three huge blowdowns in the drenching deluge of last Wednesday night.)   We had daily showers, thanks to our university’s proximity and its excellent electrical personnel; we could cart in water (because on a deep well, no electricity means no well pump, which means six people eking out eighty gallons for as long as they have to.)  Overall, the whole thing was only a slightly traumatic nuisance.

It was easier too because of the daylight:  in these longest days of the year, light isn’t the problem that it is in winter blackouts, and there was no need to come up with any on our own until well past nine each evening.  We sort-of kind-of know (though we much prefer to forget) what work it takes to keep a house warm in the winter, lacking electricity.   We’re learning, through the Farmer’s Market and the CSA and, soon, the canning, what work it takes to keep fed on any kind of local basis, though there’s plenty that we fortunate children of the industrial revolution will never understand about that.

But light:  Friday evening I thought, well, why drain the flashlights and the snake light, don’t I have candles?  Isn’t this house better equipped for outages than most of its neighbors? So I put votives in the wall sconces, and in little lanterns that hang from the mantle, and in beeswax globes; I lit the oil lamps; I put into candlesticks some of the fat columnar candles I’d rolled from beeswax foundation a year or more ago.  All this, finding candles, finding matches, finding lamp oil, putting light sources where they’d do the most good, getting them lit, that took maybe twenty minutes, a fact I pondered as I wandered around pretending to be Psyche from the regions which are holy land.  Twenty minutes, to achieve soft radiance that takes some work to read by:  and that’s when I have the candles.  What if I had to make them?  What if this light depended on, say, tallow—raising a few cows to healthy adulthood through milk fever and screwworm (no mean feat in itself), killing one, rendering its fat, cutting wicks (which I sincerely hope I could buy, rather than rolling and waxing them from thread I’d had to spin myself from the wool of sheep I’d had to raise myself), stringing them in the molds, melting and pouring the tallow, waiting however many hours for it to set, and pulling and storing the candles?  Or, if I had endless candleberry bushes, what if I’d had to pick a bushel, or five bushels, of shot-sized blue-gray berries out on the mosquitoey dunes, and boil them, and skim the thin wax they reluctantly produced, and pour that into the molds?  What if I had menstrual cramps, or just a desire to write something, during the time of year the bayberries ripened, and didn’t make enough candles to keep off the dark until next year?  The time windows of the harvest are entirely unforgiving.

Probably my beehives offer much the easiest option, as the bees draw comb which can be melted and molded, or flattened and rolled, in a relatively easy session or three…but it’s not like that’s a quick process either, given how long it takes bees to pull enough comb for a good batch of candles, or what care and attention bees require (ask me sometime about the recent regicides.)  Making light, or the means for light, is at least as much work as making food:  maybe not as much work as making shelter, an endeavor I fear is mostly beyond me, but a lot.  A whole lot.  To say nothing of mining for coal for oil and kerosene, or of making sulphur-tipped matches to spare having to coax spark from a pile of kindling with a stick and a bow.

So, Friday night, I was thinking about what it takes to make light.  About how different the world is when it is (in the title of the famously unfortunate history) lit only by fire.  About the energy of the sun taken up by leaves and blades, and that energy transferred, by the bees or the cows or fossilization, into what will  burn and release back that solar light.  About how clearly daylight, or even moonlight—immense, all-filling light that we don’t have to make ourselves, brighter than any light we can make ourselves—is one definition of grace:  what we’re given daily, hourly, that we didn’t earn, and couldn’t earn.

Now you knew the controlling metaphor was coming; I can’t even count how many people have compared writing to light of various kinds.  We could work the same trick with running water, if you’d rather; the same can be said about writing and water, and my appreciation of water that results from turning a tap was also refreshed by last week’s events.  But I did, inevitably, consider the ways in which writing is like this:  what work it is to make it happen ourselves, or try to, and how relatively easy it is when there’s…grace.  Inspiration, if you like, which of course means to breathe in; or, more literally, vision.  Sometimes, with writing, it’s daylight:  you can see as far as you can, all around, and the world is there, open to vision.  You can plan where to go, what to do, and expend the work and energy to do it; you can fell your first tree and take it for granted that you can see where to cut the wedge, unhampered by the vastness of dark, by bewilderment and uncertainty.  You don’t have to consider that your feeble candle can pierce only a little way…even when you have done your research, raised your cow or your bees, boiled their fat, strung and filled your molds.  It’s enough to make just about anybody believe in mystery:  that there’s this illumination, this energy of the sun that sustains the world, so far beyond anything, and everything, that you can do for yourself…no matter how you work.

But, of course, so often it’s not like that at all:  I don’t know how many of us write at night, but I suspect it’s a lot.  Then it’s candle time; all we have is what we can forge out of our own labor, and out of what we steal from the labor and energy of the cows, bees, bayberry bushes, and coal miners.  And even then, a dozen candles don’t light a room as the dullest morning would.  Or, if you’d rather talk about water, it takes a remarkable amount of time and sweat to haul up as much from the creek in buckets as the well will run in ten minutes, at least when the pump, based on coal and oil burning somewhere in eastern Tennessee, happens to be working.

So what do we do with all this metaphor?  Potential morals are abundant, so take your pick.  I know we’re prone to take for granted what we don’t pay for, including the lovely times when words seem to come of themselves.  I know my current gratitude for light and water will wear off way too soon.  I know it usually takes a dry spell—candles, buckets, stagnant toilets, scratchy blog posts—for common graces to appear in their proper and miraculous light.  But we can’t fake either one very well:  either the gift or the gratitude.  At best, maybe, we can enjoy the times when water and daylight and words come easy, because those times end.  And then there we are hauling buckets again, thrown back on whatever energy we can pull out of our own bones, watching our candle-stubs dwindle and hoping morning will come.