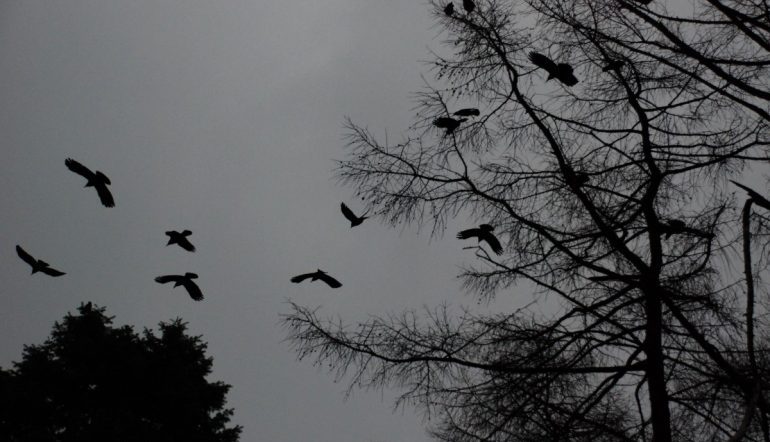 There is a lot missing from It: Chapter Two. There are plenty of scares, to be sure—I gasped and jumped in my seat over and over for nearly three hours—but that sense of pervasive dread, which was prevalent in Chapter One, is missing.

Stephen King’s novel of the same name toils for over a thousand pages to create a dark cloud of fear that rests over its universe, like a plague infecting every character with the inability to be truly happy. King doesn’t make this work easy on himself, either, creating an entire fictional town on its dead and living residents, notable sites, and bloody history of violence and hate.

Surely, it is impossible to convey so much existence in the span of two films, even long ones. The script had to be limited to properly turn its attention to the main plotline—seven children fighting a mysterious evil that adults cannot see and are often complicit in—and so, such horrifying gems as school bully Henry Bowers’s sadism or his pal Patrick Hockstetter’s sociopathy, a gang mass murder or another character’s catatonic paralysis, had to be left out.

But there is another part of the novel that was left out of both film chapters, as well as previous adaptations. And while I understand and agree with the filmmakers’ decision to leave it out, I admit I would be awed by anyone who attempted to put it on the screen. Fans of the novel will have surely guessed by now what scene I’m referring to—I am talking, of course, about the sex scene in the sewers.

As eleven-year-old children, the Losers’ Club—Bill, Stan, Richie, Eddie, Mike, Ben, and Beverly—travel through the sewers under their hometown of Derry to search for and kill It. They are united in their social outcast status and in the ferocity of their intent to find and kill the monster, but as they wander through the underground tunnels on their way out, fear overtakes them, drawing them both physically and metaphorically in different directions and causing them to lose their way and their confidence. At their wits’ ends and afraid for their lives, an idea comes to Beverly in the pitch dark: “I know something,” she tells her friends. “I know because my father told me. I know how to bring us back together. And if we’re not together we’ll never get out.” It is “something . . . that will show that I love you all.”

What follows is one of the most disturbing scenes I’ve ever read. All six boys take turns having consensual, stumbling, confused, and terrified sex with their close friend. All the boys are baffled by Beverly’s suggestion. Some argue against it; some unintentionally hurt her, penetrating too fast or leaning into her too hard as they lie on top of her. Two are said to give Beverly (who, it is easy to deduce from previous scenes, has never masturbated) her first orgasms. All the while, she holds forth that this out-of-the-blue suggestion is the right thing to do, the only way.

It is as difficult and befuddling a scene for me to read now as it was when I read the novel for the first time about twelve years ago. There is no context, no explanation, and hardly any aftermath. No matter how many Stephen King books one has read, you just can’t see it coming.

Following the twisted logic that leads this scene, it is easy enough to write off the fact that none of them consider having sex with each other rather than with her, considering that this scene is set in the 1950s, when homosexual relations were illegal. The result of this is that the lone girl in a group of boys is penetrated over and over in the dark with no place to run. And yet she insists on it, at times pressuring this pack of aroused and frightened virgins to get the job done (“They have to be talked into it,” the narrator says, “this essential human link between the world and the infinite, the only place where the bloodstream touches eternity”). When the first of the boys comes inside of her, she is said to think that “There was a power in this act, all right, a chain-breaking power that was blood-deep. She feels no physical pleasure, but there is a kind of mental ecstasy in it for her.” The boy then tells her he loves her.

This scene feels impossible to grasp. I feel terrible for the girl, terrible for the boys, terrible that King decided to sexualize them in this way, so disparate from the natural, relatable, and heartrending depictions of their budding sexual awakening that riddle the rest of the book. Am I meant to feel empowered that for once it is the girl who decides that sex is going to happen? That stirring up so much desire in so many makes her feel taller and stronger than them—like the pack of birds taking flight that she keeps picturing as a means of calming herself into the act? And what does it mean that her desire is always sparked by feeling theirs, that it is only when they moan or shudder that she herself experiences want? Or that it is the boy with the largest penis that gives her her first orgasm? And how about when it’s all almost over, and she sleeps with the one boy she is actually in love with, her mind and body tired and her crotch sore, the insides of her thighs wet and sticky?

The power dynamic is impossible to define. Is it so hard to believe they are all equals here, friends who truly and completely love and depend on each other? I don’t know if I’m too smart or too cynical to believe that. One moment, Beverly is forcing the pants off a trembling boy; the next, she is gasping in pain. While King has her acknowledging that her growing desire for one of the boys is something “too big and too old”—a sensation reserved for adults that she had inappropriately stumbled into—he also has her whispering seductions in the boy’s ears when he shows resistance.

It’s hard to imagine any situation in which I would feel okay about preteens having sex. But the knot in my stomach is tightened further when I think about Beverly’s father, who told her all about lovemaking: a father who has abused and molested her ever since her mother died when she was a little girl; a father who is obsessed with her approaching pubescence and wants to make sure that her hymen is intact; a father who is likely the source of her specific It-induced visions of blood (visions that all the children have, tailored as a manifestation of each child’s specific fears), which always appears in the bathroom—a terrifying signal of sexual ripeness, of being permitted to any and all. This is a father who has shaped her perception of her worth and deservedness in such a way that she later marries an abusive man. This is a father who taught his daughter not only about sex but also about how to take it from someone afraid and unwilling. A father who has driven her to this culmination of abuse—a scene in which she acts simultaneously as victim and predator.

What is King doing, having these kids perform intercourse in a tunnel? This can’t be right. The scene has been criticized and questioned repeatedly in the three decades since the novel’s publication, and most accounts of it are accompanied by a statement made by King some years ago, in which he explains the scene as serving a symbolic rather than erotic function, as an allegory for the passage from childhood to adulthood. I imagine he wouldn’t write something like that again. There are moments in the scene where I picture him as a dirty old man, getting off by imagining this elicit shattering of innocence. It’s as if, for the course of this single scene, he’s stopped being on these children’s side, no longer acting as their ally, transforming into the monster himself. Other moments, I feel like he’s hit on something dark and brilliant—that this scene, as bizarre and unfitting as it is, is somehow truer than anything else in the novel:

And she feels the thing begin to happen—something of which the girls who whisper and giggle about sex in the girls’ room have no idea . . . now she realizes that for many of them sex must be some unrealized undefined monster; they refer to the act as It. . . . And it is obvious to Beverly that none of them can suspect this … this conclusion, and she is only kept from screaming by her knowledge that the others will hear and think her badly hurt. . . . She understands the screamy laughter. . . . You laugh because what’s fearful and unknown is also what’s funny, you laugh the way a small child will sometimes laugh and cry at the same time when a capering circus clown approaches, knowing it is supposed to be funny . . . but it is also unknown, full of the unknown’s eternal power.

These thoughts accompany Beverly as she approaches her first orgasm, an unexpected, terrifying sensation, one that irreversibly transforms. Now that the monster of their childhood is dead, these kids must prepare to face the monster of adulthood, one so much more complicated and frightening: lust, and all the potential for profound damage that comes with it.

After the last of the boys comes inside of her, she is once again by herself in the dark:

For a little while she’s alone, pulling her clothes back together, slowly putting them on, aware of a dull throbbing pain of which they, being male, will never know, aware also of a certain exhausted pleasure and the relief of having it over. There is an emptiness down there now, and although she is glad that her sex is her own again, the emptiness imparts a strange melancholy which she could never express . . . except to think of bare trees under a white winter sky, empty trees, trees waiting for blackbirds to come like ministers at the end of March to preside over the death of snow.

As they walk out of the dark sewers, each with a hand on the shoulder of the child ahead of them, like kindergarteners on an excursion to the playground, Beverly reassures herself that the nightmare of pain and fear—both by an exterior murderous evil and one of self-imposition—is over. “We’re going home. . . . And that will be good. We’ve done our job, what we came for, now we can go back to just being kids again. And that will be good too.” It is untrue, of course. They have crossed the threshold into adulthood, and being children is no longer an option.