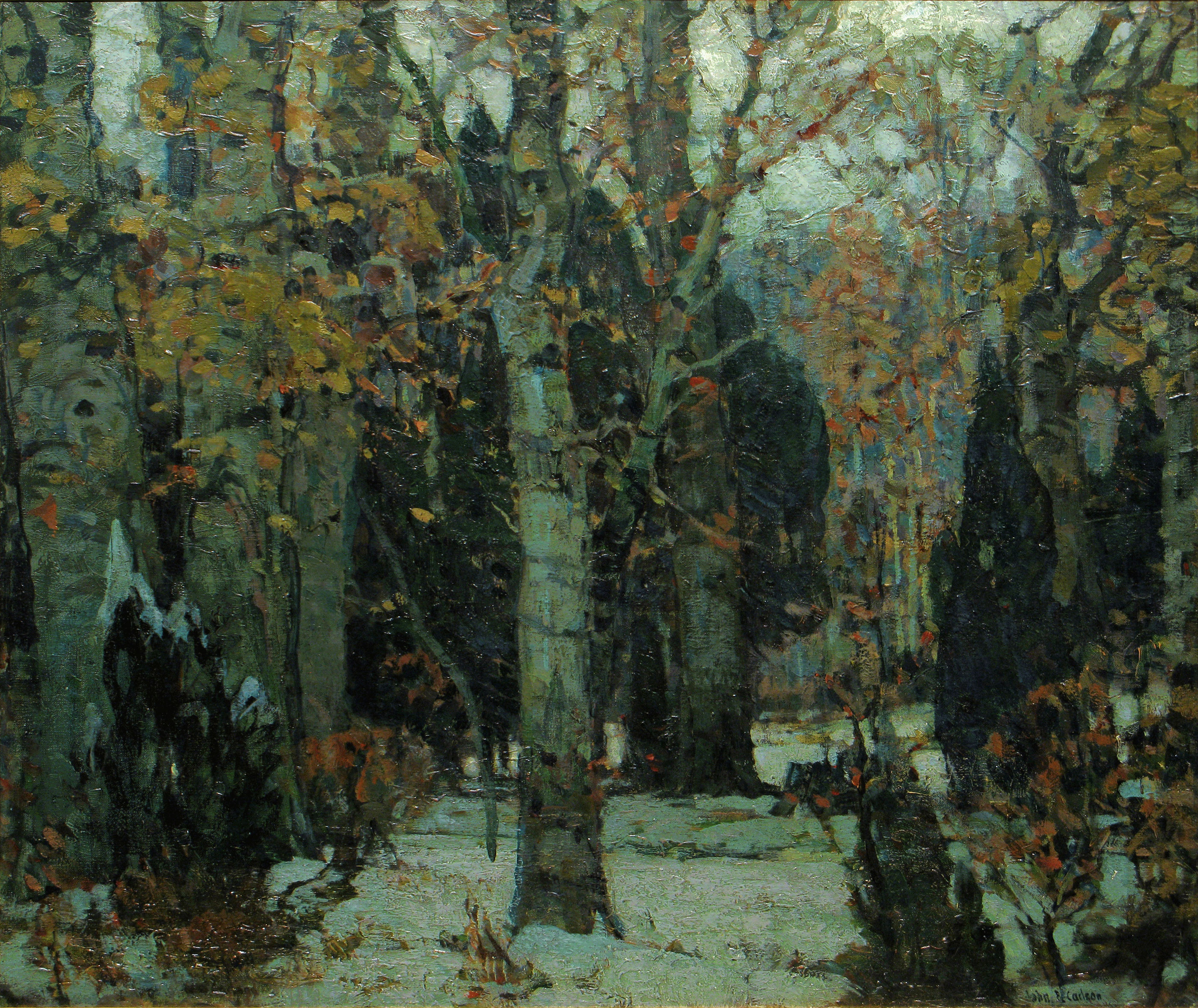 Walking in wilderness is sometimes marketed as a clarifying experience—walk to clear your head, or push your limits, or find peace. I’ve always found it to be an exercise in entertaining contradictory thoughts, emotions, and physical sensations. Exhaustion and motion coexist; fear and curiosity coexist; as more land becomes visible, you realize how much more is invisible. These contradictions play out in strange ways: we want to walk and we want to pause, we want to acknowledge and be silent, we want to both capture and experience what we see. William Faulkner’s short story, “The Bear,” originally published in 1942, explores this dynamic as a young hunter tracks an elusive and mythical bear. In 2009, Ron Rash’s story “The Ascent” echoes the questions Faulkner raises in “The Bear”: what might a young person in the wilderness gain from attempts to capture the inexplicable, and what might he lose?

Though “The Bear” orients the reader within a multi-generational culture of tracking and hunting, the protagonist’s actual encounters with the bear seem divorced from the rhythms and skills of hunting itself. His first encounter with the bear is “only” the strong sense of the animal’s presence: “He only heard the drumming of the woodpecker stop short off and knew that the bear was looking at him. He never saw it. He did not know whether it was in front of him or behind him.” The boy is holding a gun, but it becomes “useless” as soon as he perceives the bear. Though the boy’s father has also hunted this same elusive bear, the boy’s inherited hunting impulse disappears in the moment of encounter. In fact, it’s as if the bear has done the capturing. The boy explains to another member of the hunting party that he didn’t hear or see the bear. The older man is unsurprised. ‘“He done the looking,’” he says.

The desire to capture reappears after the actual moment of encounter. It’s not a simple desire to hang the bear’s pelt on a wall, but a need to fit the bear—powerful, hidden, mythical—into a human narrative: “So I must see him, he thought. I must look at him. Otherwise, it seemed to him that it would go on like this forever, as it had gone on with his father […] Otherwise, it would go on so forever, next time and next time, after and after and after.” The bear must be captured in order to quell vastness and repetition. Faulkner doesn’t specify exactly where this endless cyclicality is located. The “it” that goes on “forever” could be the cycle of fruitless hunting, or the mystery of relating to animals; it could be the labyrinthine wilderness itself; it could be the cycle of expectation and disappointment passed between generations in families. What’s key is that the moment of perceiving a larger presence is separated from the decision to capture.

There’s a similar separation at play in Ron Rash’s story, written decades later in a different context, style, and setting. There’s no hunting in this story. Rather, a young boy, Jared, goes into the snowy woods alone to escape his addict parents. He’s playing at killing an imaginary bear when he stumbles upon a crashed plane with bodies (a man and a woman) still inside. Wrenched out of a fantasy of killing and vanquishing, he sits inside the plane. “He couldn’t hear the helicopter or even the chatter of a gray squirrel or caw of a crow.” As in “The Bear,” silence signals an encounter with mystery. In “The Ascent,” Jared’s trance in the plane is broken by sound, as, similarly, the reverie of Faulkner’s protagonist is broken by the woodpecker’s call. In Rash’s story, the sound is a ticking watch, and as Jared comes out of his trance he notices the physical objects the corpses in the plane wear. He takes the woman’s diamond ring.

In “The Ascent,” violence is expressed through objects: the small “red glass pipe” Jared’s parents use, a Christmas tree made of tin foil, the dead woman’s ring. Much of the story’s motion comes from the ways in which characters take things from one another: Jared takes the ring from the plane, Jared’s father takes the ring from Jared hoping it will bring in some money. Collecting is not a mode of preservation, but of passing misery from one person to the next. In “The Bear,” hunting similarly fails to preserve what is sought; instead, it becomes an exercise in transmitting longing between generations.

Towards the story’s end, Faulkner’s protagonist finally finds a small dog he believes can fearlessly track the bear. In the company of the dog he sees the bear, and the dog rushes it. When the boy realizes that the dog is “actually not going to stop,” he decides to stop it himself: he casts away his gun, gathers the dog in his arms, and ends up “directly underneath the bear.” The image is both frightening and peaceful: the bear smells and looks familiar, and then disappears without the boy seeing it go. The others in the party ask why the boy didn’t shoot; he doesn’t answer, and they don’t press him. The story ends with broadness, making space for the mysteries of freedom, humility, pursuit, and the role of humans in the wilderness.

A similar (though less subtle) opening up happens at the end of Rash’s story. After watching his parents argue and steal the things he’s collected, Jared goes back to the forest to find the plane. He arrives with tools—a hammer, a wrench—and plays at repairing it. Then he leaves the tools outside and sits in it again. “After a while he began to shiver but after a longer while he was no longer cold. Jared looked out the side window and saw the whiteness was not only in front of him but below.” There’s a totality in this image, as there is in Faulkner’s image of the boy close enough to the bear that he can see a “big wood tick inside his right hind leg.” In both encounters there is surrender, an acknowledgment that trying to capture what’s happening is futile. The tools of capture are useless in the face of what the characters find in the wilderness.

This, it seems, is the clarifying experience wilderness can offer, if any: a realization that making anything stay put is impossible. Change is inevitable, and we won’t ever really have the tools to make the anything in the forest stay still.