Home
»
Uncategorized
»
Come In and Cover Me 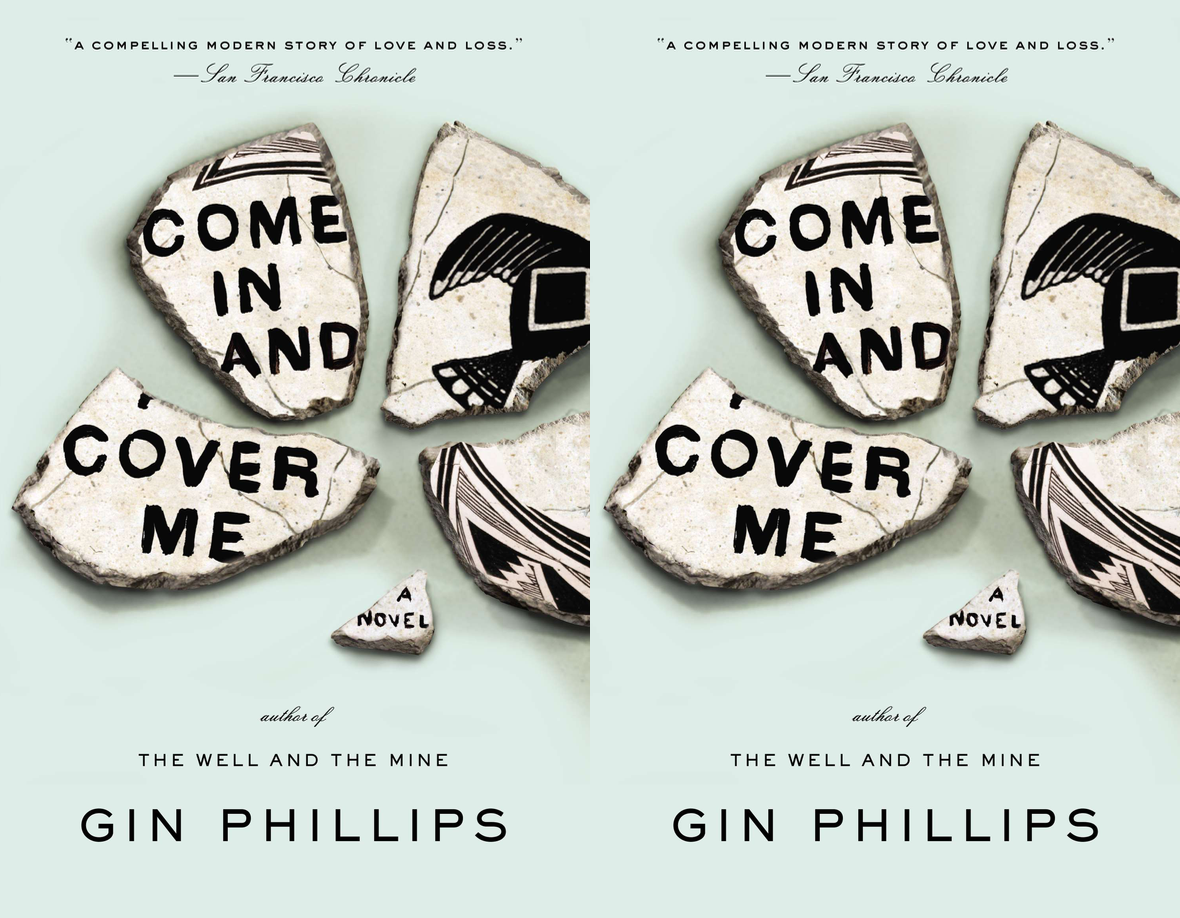 “What did people do when they abandoned their center? Did they create a new thing altogether, or did they cling to old habits?” Silas Cooper, an archaeologist in Gin Phillips’s second novel, Come In and Cover Me, asks these questions about the Mimbres, an ancient tribe in the American Southwest. These questions also come to embody the conflict stewing within his new colleague, the emotionally distant protagonist, Ren Taylor.

Set in New Mexico in 2009, the story follows these two archaeologists as they pursue the distinct, macaw-covered bowls of an ancient ceramic artist. Having discovered three such bowls in excellent condition (an almost impossible feat), Ren is something of an archaeology celebrity. When Silas asks her how she does it, she is slow and understandably reluctant to reveal the truth: she sees ghosts.

Lynay and Non are two such ghosts. Ren’s vivid sightings of them lead her to unusual corners of sites and unusual finds; for example, a vision of Non in a macaw-feather skirt soon leads to a string of fragile feathers (conveniently) preserved beneath a fallen piece of adobe roof. Interspersed with the archaeological story, we glimpse these 12th-century women—their art, their lives made difficult by drought and disease, and their mother-daughter-like relationship.

But we also learn of another ghost, one Ren more ardently hides from Silas: that of her brother Scott, who she lost when she was only twelve and who sings her the Springsteen and Dylan songs he taught her while alive. The three ghosts visit Ren with increasingly disturbing frequency over the course of the book, threatening to overturn her career and ruin her budding relationship with Silas.

Phillips’s energetic and humorous dialogue keep the story buoyant, as do her luminous descriptions of landscape (“The walls of the canyon caught the sun, and the shades of gray and pink, peach and tan—rhyolite in all its tones and moods—shimmered”). But the narration can feel a bit wooden early on, with repeated phrases such as “she saw”, “she noticed”, and “she heard” distancing us from a more direct encounter with Ren’s experience. (This may be deliberate, of course, as Ren is distant from herself, closed off since Scott’s death and the devastating effect it had on her parents.)

Once the story picks up, however, that woodenness falls away. As we learn about Ren’s life and her family through charming, moving, and unsentimental memories, and as we see parallels with the ancient families she pursues in her work—as these parallels become a meditation on the nature of family and loss and the possibility of connection with another—we’re hit with several affecting wallops that linger, long, in the bone.