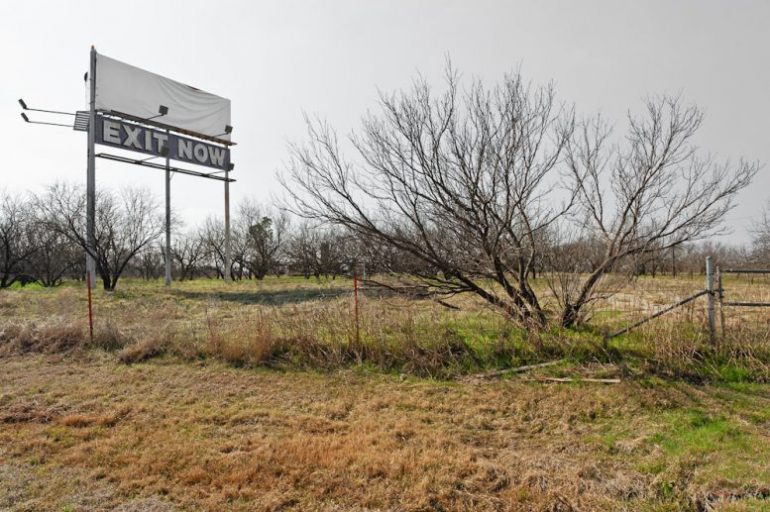 Around two and a half billion years ago, the dominant form of life on earth was anaerobic bacteria—bacteria that does not need oxygen. Around this time, a form of these organisms, cyanobacteria, flourished when it evolved to develop photosynthetic capabilities to metabolize sunlight into energy. Though photosynthesis was a major advantage, it was not a “clean” form of energy. As a byproduct, it produces oxygen, a corrosive gas that was all but absent from the early atmosphere. Initially the minerals and the oceans absorbed the excess oxygen produced by the cyanobacteria. These oxygen sinks became overloaded, saturated, and the cyanobacteria continued to spread over Earth, expelling more oxygen and polluting the air, the water, and the earth with the toxic gas.

As the oceans and atmosphere became oxygenated, nearly all the bacteria, including the cyanobacteria and all other forms of life, died off in what geologists consider the first mass extinction in Earth’s history.

If the cyanobacteria can teach us anything, it’s that humans do not have a monopoly on poisoning the atmosphere. If aliens were observing our planet, taking empirical measurements of our actions, but were totally ignorant of the complexity of our communication systems or the agency we (perhaps) possess, it’s not too hard to think they would believe we behaved like any other organism, and the change wrought in the atmosphere was not too dissimilar to what cyanobacteria did billions of years ago.

Many think of humans as separate from nature. As large-brained bipeds pumping carbon into the atmosphere and degrading the natural world, we act as villains who are somehow outside of the ecological balance. It may be that we are very much part of the natural order, one more part of the ever-changing four-billion-year history of a planet that is undergoing a continual transformation.

Does this mean we are but animals clothed in reason? For all our cognitive strengths, we are still guided by instinct, short-term gains, and immediate gratification of stomachs and senses. But it is also true that humans have the ability to reflect on their actions and their very being. We can make sense of events and find meaning in the world and our actions.

Of course, there are plenty of situations in which reason fails us. The knots of circumstance confuse any plan of action, and ideas are twisted by contradictions. Such situations reveal the absurd nature of existence, and I believe climate change does just this.

I’m not particularly interested in climate change deniers or mapping their psyche onto the pages of literature. From a novelist’s point of view, it’s far more intriguing to consider the internal contradictions that arise with those who, like myself, are concerned with the environment, who bike to work every day, buy LED light bulbs, and recycle, yet consume and live a lifestyle that eats up resources and drives climate change. We want policy change. We want society to move to clean energy, and try as we might to do our part. We know that one person makes no difference, and really, just by living a comfortable 21st-century life, we’re contributing to the problem.

And here is the absurdity of our current climate crisis: millions of people want to make a difference, but ultimately fuel to the problem they wish to solve. We are agents—independent, reasonable and passionate—yet our actions run contrary to our professed goals. We seem stuck in our roles as consumers—albeit “green” consumers—using and wasting and unable to do otherwise.

Politically, the discussion around climate change is often emotional and pragmatic: action is needed, steps must be taken. We are assisted by big data, numbers, graphs, and opinions displaying the best in human intelligence and ignorance. But all the talk of hopeful solutions, smart policies, clean-energy utopias, and “the way things ought to be” glosses over the troubling absurdity of our situation. That is, despite our reason, our ability to amass information, know an incredible amount, and announce grand intentions, we still sting the frog.

In thinking of creative ways to imaginatively confront climate change, I wonder if authors might try to find the contours of that which cannot be spoken to and cannot be resolved.

This may mean to turn against what is logical to delve into the absurd facets bubbling beneath our inherited sense of meaning, value, and our roles as agents. I’m not sure exactly what this would look like, but I believe we can take a lesson from those masters of the absurd—Franz Kafka, Albert Camus, and Samuel Beckett—and conjure uncanny and grotesque situations that, more than a realistic or scientific view, may come closer to expressing the contradictions that make up our world.

This may be too nihilistic or too cynical for some. But the imagination delights in tearing down the “logical” and “realistic” constructs we use to comfort ourselves. Climate change is an unprecedented event that demands unprecedented thought to create a mode of expression, one that ventures into uncertain realms towards a silence that has yet to be spoken to.