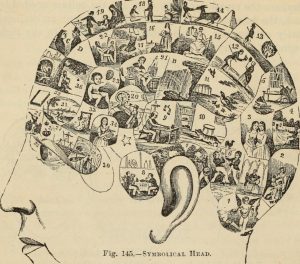 The language of literature has an existential condition. Poetic consciousness is a term that, generally, speaks to the ability that language has when employed with artistic intention, to alter perception, to heighten it. The poet Li-Young Li has said “[…] I’m this mortal, temporal human being bound in a body. How is it I’m surrounded by all these things that I recognize as infinite and eternal?” Poetry, or its creative intention, invokes a primordial consciousness, the closest thing we have to experience not bound by subjectivity.

A decade ago, when I entered an MFA program, a graduating poet gave a lecture on Julian Jaynes’ 1976 book, Origin of Consciousness in the Breakdown of the Bicameral Mind. Jaynes was a psychologist with a lifelong obsession with the origin of consciousness who lived in an era when the field of psychology, which at the time was very concerned with behaviorism and conditioning, viewed the study of consciousness with dismissal and skepticism.

His book, however, was widely reviewed and sold out before its second printing, and was nominated for the National Book Award in 1978. Jaynes’ theory and prose captivated the popular imagination, which was emerging from the civil rights movement with deep questions on the nature of humanity, and also beginning to explore and define new attitudes of spirituality in what would come to be known as New Age. Jaynes’ theory, though disregarded by the scientific community in the 70s, has inspired a contemporary generation of phychologists and neuroscientists in their study of human consciousness today.

Jaynes asserts that consciousness is only a tiny bit of what our minds and bodies do all the time without us being aware. He illustrates consciousness with the example, if you asked a flashlight to shine itself into darkness to find what is not lit up you could only see what is lit up. Meanwhile, there is an unseeable world outside the bounds of the light. Jaynes stands to reason that humans could have lived for millennia without consciousness and built and participated in societies of relative complexity, but with rigid hierarchy, without being conscious. I think of the animal world here: ants, bees, termites, fish.

Jaynes uses the Iliad as an example of a text in which individuals do not demonstrate the self-awareness required to make decisions based on consequence. Instead, over and over again its players receive direct orders from gods. Jaynes’ bicameral mind held a right hemisphere that synthesized language as hallucinated verbal instruction to the left analytical and rational hemisphere. Not until new demands of thinking (survival during natural disaters, overpopulation, and war), around the time of Homer’s Odyssey, did consciousness as we know it evolve. Until then, we didn’t have the existential crisis of the self; we were vessels of gods.

Jaynes proposed that the voices humans received in their heads could only take them so far. As a result of social stresses, humans developed new thinking based on the linguistic and metaphorical concept of “me”, which gave rise to consciousness. Decision-making would have to involve personal responsibility as rigidly hierarchical social structures were being challenged and were increasingly unable to provide for their populations. This meant individual introspection, interior thought, the self, the disappearance of the voices of gods, and an existential separation from each other and higher powers.

Jaynes’ theory opened up the idea for me that in gaining consciousness, an emblem of our species, we lost a direct relationship to the divine, or as Li-Young Li put it, “our identity as children of the cosmos,” or whatever it is that the natural world has that we do not have, or don’t know how to find: connection.  I found in Jaynes a curious explanation for the part of human nature that seeks a connection with the intangible forces we feel we are, or could be, a part of.  Also, I found a social theory that attempts to explain the inextricable natures of language, consciousness, and creativity.

Recently, I thought of Jaynes while reading an unlikely pair of stories: Borges’ “The Book of Sand” and Aimee Bender’s “The Rememberer.”  In Borges’ story, a stranger, a world-travelling bible salesman, knocked on the door of a man who might be read as a fictionalized Borges.  The salesman seemed to have sought out this man at his home, knowing that he collected rare books, including valuable copies of the bible. The bible salesman captured the fascination of the collector with a holy “book of sand,” which had infinite pages, unintelligible changing symbols, no beginning, and no end.  The book is different every time it’s opened.  It’s a metaphor for infinity, for spirituality, for the relationship of the writer to the reader, the self to other.

In this story, Borges weighs spiritual and mathematic curiosity equally. Infinity is a concept that can be proven and felt. Jaynes came to mind here because Borges’ “Book of Sand” pivots on the duality of our consciousness, which gives us the human drive to possess knowledge, and the need to seek spiritual connection, as all the while we encounter the limits of our perception.

Aimee Bender’s story, “The Rememberer,” has a comparable dilemma with infinity and the limits of human perception, also weighing the pursuits of knowledge and the the human spirit.  “The Rememberer” asks pointedly what is lost in human evolution, in becoming more rational beings.  In the story, Annie laments the loss of her lover who starts to devolve into simpler organisms because he is sad that our brains are growing and growing at the expense of our hearts.  After returning her once human, then ape, then sea turtle, and now salamander lover to the sea, before he gets any smaller and completely disappears before her eyes, Annie says, “I put my one self to bed, I place my hands around my skull to see if it’s growing, and wonder what, of any use, would fill it if it did.”  Annie wonders why her lover chose to seek the spirit over the mind, and questions why she chooses not to.

In Bender’s “The Rememberer” loss has a physical form, also infinitely changing, as her lover will continue to devolve until he is stardust. Annie is separated from her beloved, who feels separated from the full capacity of the heart. He gives up his human thinking, his consciousness, in order to connect to the pre-human, pre-conscious self. This assumption is that in the process of reverse evolution there would be, as Jaynes would also argue, the return to the direct connection with the divine.

Jaynes, Bender, and Borges all share the poetic intention to describe how as conscious individuals, we feel inherent separation from the infinite, or the eternal. When looking through the lens of Jaynes’ theory, I find the impulse for creativity, spirituality, and the pursuit of science to be one in the same. Jaynes employs literature, and the human use of language, as one of the foundations of his theory of consciousness. Borges and Bender weave language in and around evolution and abstract mathematics to try and reconcile the existential dilemma of the awareness of our existence.

Tags:Aimee Bender, borges, Julian Jaynes, Li-Young Lee, The Book of Sand, The Origin of Consciousness in the Breakdown of the Bicameral Mind, The Rememberer