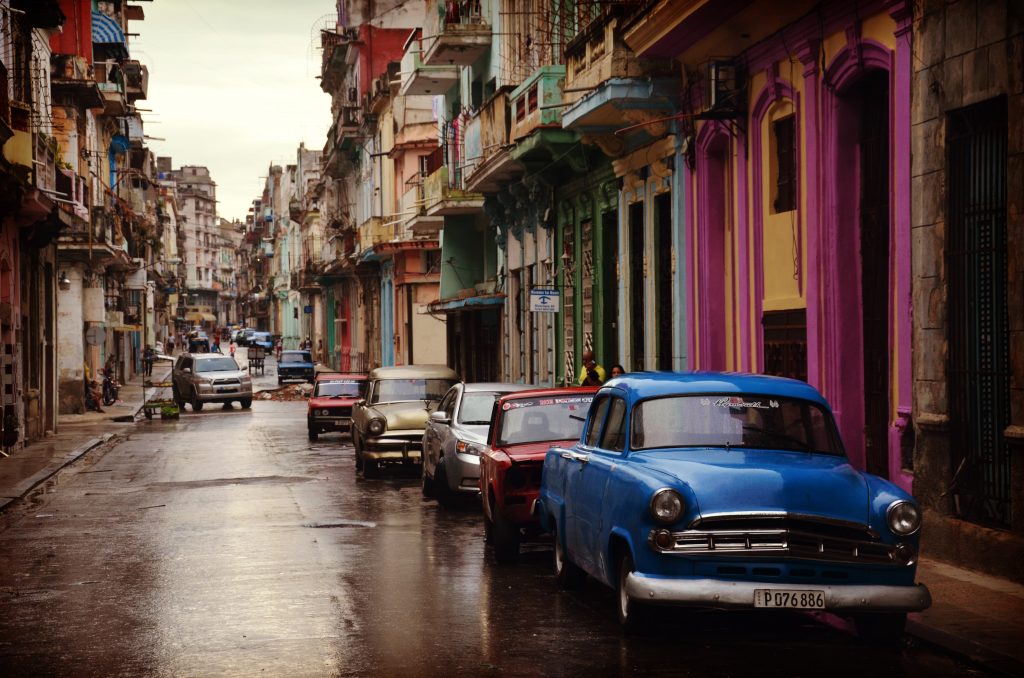 Though each is recognized as one of Cuba’s most important twentieth-century writers, and though both lived in Paris during the 1960s—one as Cuba’s ambassador to France, the other as a member of the postmodern Tel Quel journal group that included Michel Foucault and Julia Kristeva—Alejo Carpentier and Severo Sarduy didn’t exactly get along. Sarduy, in particular, liked to needle Carpentier in interviews for being musty and out-of-touch. Each author liked to think of himself as a modern “baroque” writer, and each wrote long theoretical works about what it meant to be a “baroque” writer in the twentieth century. But Sarduy refused to categorize Carpentier’s writing with his own. “Carpentier is neo-Gothic,” Sarduy told Emir Rodríguez Monegal, “which is not the same thing as baroque.” Rafael Rojas says that, for his part, Carpentier “does not seem to have interested himself in the work of Severo Sarduy.”

But apart from their cosmopolitanism, their interest in baroque aesthetics, and their mutual disdain, Carpentier and Sarduy shared another passion that shaped their writing and, through them, the course of Cuban letters: African American music. Carpentier’s interest in jazz dates to the 1920s. In 1927, Carpentier was jailed by Cuba’s Machado regime for signing an anti-imperialist manifesto, one line of which claimed that he would “always prefer the son to the Charleston.” On that basis, some scholars have claimed that Carpentier saw jazz as an unfortunate North American cultural imposition, inferior to Cuban music forms. But the reality is that Carpentier loved jazz. Leonardo Acosta reports that he was a regular at “the Little Republic,” a downtown Havana apartment owned by American jazz artist Chuck Howard, which became a meeting place for the city’s jazz fans and bohemians. And in his archives at the Fundación Alejo Carpentier in Havana, you can see handwritten notes that suggest Carpentier tried, in the late 1920s, to write a series of poems based on African American music forms—not just jazz, but also the blues and spirituals. One of these poems, “Blue,” was published in the Diario de la Marina by Carpentier’s friend Raúl Fernández de Castro, who was instrumental in publishing Langston Hughes’ poems on the island.

Carpentier later disavowed the writing he did in that period as “folkloric,” and complained about writers who pilfered African American expression by dropping in phrases or images from black culture for exotic color. But he never lost his interest in African American music. In fact, his time-bending 1978 novel Concierto barroco ends with the seventeenth-century black Cuban servant Filomeno leaving his master, trumpet in hand, to follow the example of Louis Armstrong. The message is clear—as Roberto González Echevarría puts it, “Jazz is, at the end, the new beginning… the baroque concert.” In other words, jazz is the fulfillment of and a model for Latin American expression, paradoxical as that sounds.

For Sarduy—younger and hipper than Carpentier—North American jazz provided a model, too, for transgression and linguistic play. Sarduy’s 1973 book of poems, Big Bang, contains a section titled “Mood Indigo,” after the Duke Ellington composition. In one pun-filled poem from the section, “Orquestica tántrica,” Sarduy intersperses a list of the members of Ellington’s orchestra and their instruments (like liner notes on a record) with erotic acts. In another poem, “Espiral negra,” Sarduy places African American expression at the center of all modern culture. A concrete poem printed in an actual spiral, the “Espiral negra” depicts culture as starting “from the black center” and unspooling through the diasporic hubs of black culture in Europe and the Americas, finally cycling through the most famous jazz clubs in Paris and New York before ending with the image of the painter Piet Mondrian dancing the boogie-woogie.

Scholars have long pointed out the Cuban influence on early jazz; the first recorded jazz song, for example, was W.C. Handy’s “St. Louis Blues,” which was built around a rhythm known as the habanera that had a long history in Cuban music. Several early jazz musicians in New Orleans were from Cuba, and many more spent time on the island during the Spanish-American War. The examples of Sarduy and Carpentier show that the influence ran in both directions: just as Cuban music left an indelible trace on African American culture, African American music shaped the thinking of two of Cuba’s influential—if occasionally quarreling—twentieth-century writers.