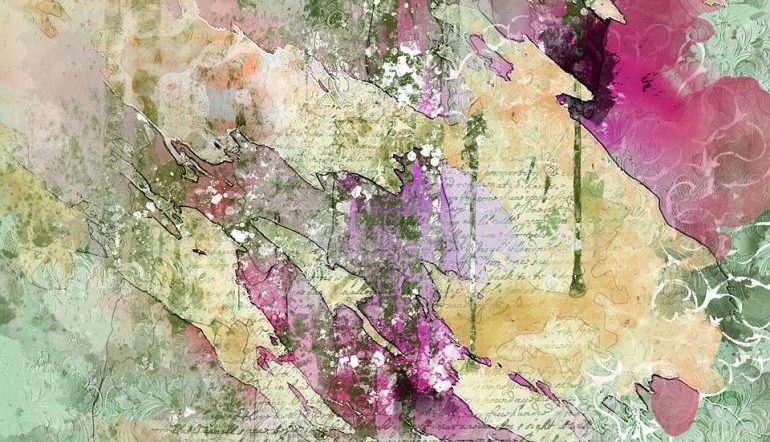 Princess Cyd is about a queer teenage girl who, for one summer, gets to find out a bit more about herself—what she desires, what she needs, and how she could fit in this world. It’s also, and just as importantly, a movie about words—writing and reading them.

Cydney’s a soccer-playing, easygoing teenager raised by her widowed father. When things start getting a little tense between them, he sends Cyd to Chicago to spend the summer with Miranda Ruth, her mother’s sister, who still lives in their family house. Miranda’s a well-liked author of fiction and nonfiction, known for her work on religion and spirituality; Cyd’s presence confounds her at first, because the energies of these two women seem so opposite. In the end, it’s literature—or more accurately, the empathy and sensitivity literature helps cultivate—that creates the synergy. Cyd is bold and sometimes careless in the ways she asks her questions and states her opinions, but there’s a genuine curiosity, a yearning in her that transcends that thoughtlessness. Miranda’s much more attuned to spiritual life, contrasting with Cyd’s physicality, but she is adamant about the fact that she is not lacking in any way. Both seek fulfillment in ways that work for them specifically, caring little to conform to certain expectations.

Cyd doesn’t immediately realize her aunt is a big deal in Chicago literary circles. Her first conversation with Miranda has her stating up front she’s not really a big reader: she asks Miranda to reveal the entire plot of one of her novels, admitting she won’t read it. This changes later on, when they come from a later dinner downtown, and Cyd stumbles upon Miranda’s early short story collection in one of those street corner libraries. She starts reading and later interrogates Miranda as to the subjectivities of the characters she’s reading about. The questions can seem abrupt, but Cyd and Miranda’s differing views of the characters point to the possibilities literature offers when it comes to interpretation. What’s more, Cyd’s questions inevitably circle back to that of her mother’s death, as she asks Miranda if she really believes they’ll see Cyd’s mother again. Literature functions as a gateway to deeper issues and to more profound modes of connection between the two women.

She even comes to realize that she herself is enmeshed in literary references: her mother chose to call her Cyd after one of Miranda’s own novels. When Katie, the mohawked barista Cyd’s been flirting with since the beginning of summer, scans the bookshelves in Cyd’s room and rattles off the ones she’s read, Cyd is taken aback, and we sense her readjusting her world view—perhaps she hadn’t expected Katie to be a reader, because books used to be such a non-priority in her own life. Most importantly, we intuitively feel Cyd getting pulled in by the lure of words: she sees others having this privileged relationship to texts and starts seeing books as another way to connect with people who have started mattering in her life.

There’s a small moment of crisis when Miranda organizes her regular soirée for her literary and academic friends, where each guest is invited to read an excerpt of any text. Through not-so-subtle glances, Cyd has struck up a flirtation with the gardener son of Miranda’s friends (a lesbian couple), and they leave midway through Miranda reading a passage from Ralph Waldo Emerson to go upstairs, smoke a joint, and hook up. We can feel that Miranda is saddened and frustrated by what she perceives as a failure to truly connect with Cyd, and after all the guests have gone, when the two women are standing alone in the kitchen, surrounded by piles of dirty dishes, she steps more fully into a maternal role, as she reminds Cyd, gently but firmly, that they seek happiness in their own ways and that should be respected.

Miranda was reportedly modeled after Marilynne Robinson, and it makes sense: her ideas about spirituality, her sensitivity, even the way she talks, all feel like an echo of Robinson’s novels. Miranda’s a writer, first and foremost, and one strongly attuned to the ways people feel. An early scene shows her workshopping the first novel of a close friend: she advises him to cut out the philosophical parts that take up too much of the text and counsels him on structure. It’s an incredibly effective scene that does not waver in energy and shows what it means to actually get at the heart of a text (I’d go as far as suggesting it should be required viewing before many an MFA workshop session). Throughout the scene, Miranda’s voice is juxtaposed with the image of Cyd going on a run: Miranda’s remarks about the pace of the novel in various parts match Cyd’s own pace. It can feel gimmicky, but it’s not—the juxtaposition just shows that our daily lived, embodied experience holds many different layers and that it lends itself incredibly well to literary thinking.

Miranda’s also an interesting counterpoint to the ways we often represent male writers—the boisterous or brooding genius who may lose himself in alcohol or any other drug(s) of choice, a man set apart from his contemporaries. Miranda’s pretty much a genius, too, but she’s not that interested in drugs or sex, despite Cyd’s insistence to set her up with a friend, and while she obviously enjoys being alone, relationality is paramount to her, as the importance of her soirées, both communal and intimate, shows. Thanks to Cyd’s presence, she starts stepping out of the comfort zone she’s drawn for herself, and in the last shots, we see her enjoying herself at the beach, opening herself up to a form of sensuality that she may not have envisaged earlier in the summer and that is not represented as tributary of anyone else. In that moment, Miranda further learns how to live—and thrive—for herself first; the physicality she’s (re)learning to explore feeds into the spirituality she has always been exploring through her books and through her relationship to literature.

In one of the final scenes, Cyd and Katie attend a university Q&A session where Miranda is reading. There’s time for one final question, and Cyd seizes the opportunity, visibly bursting with pride for her aunt. She asks Miranda what brings her happiness, to which Miranda answers with an inside joke. We feel they’re silently reveling in their newfound complicity, one that’s all the stronger by resting on such foundations as letting the other remind you of everything you can love and discover. I don’t really read, says Cyd at the very beginning of the film. By the end, we know that won’t be true anymore, even if it’s not explicitly said: by connecting with her aunt and letting herself be gradually open to the richness of literature, Cyd has gained tools to confront the trauma of her mother’s death, as well as an even deeper understanding of her own self. When she rattles off the names of the female protagonists in Miranda’s short stories, she includes her own and Miranda’s—a signal that she will, in time, learn to locate herself not just within the physical world of summer love and soccer but also within a spiritual, literary, and female lineage.