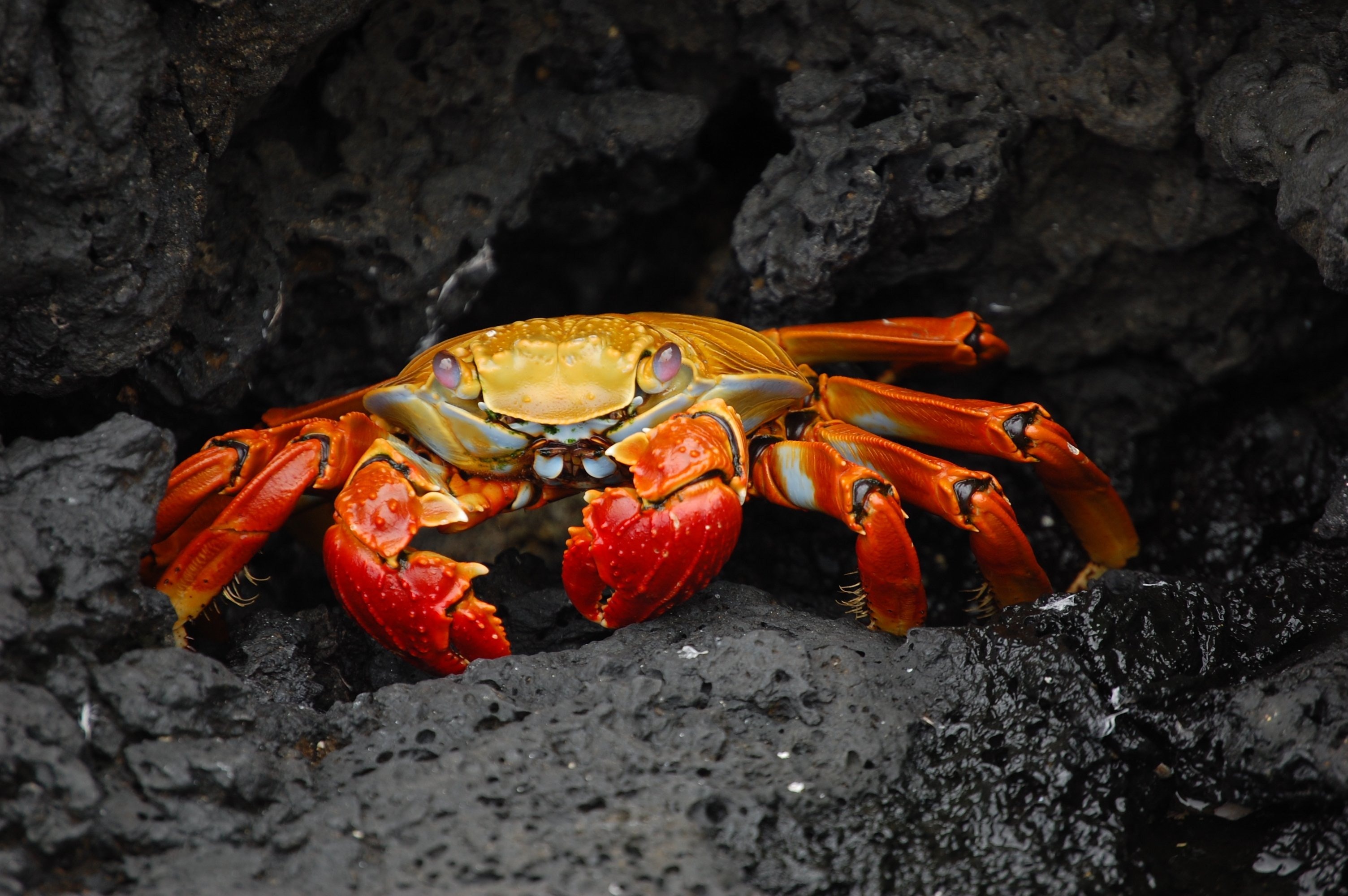 I began this week by writing about compost…and that, if you’re just breathing a sigh of relief, is still to come, probably next week.  Compost, however, has been preempted by word of a minor scuffle back in the northeast, of the type all too familiar in academic circles.  It’s given me cause to reopen Ovid’s Metamorphoses (Rolfe Humphries translation), which is quite handy on such occasions.

The scuffle began with two colleagues in geographically close programs:  let’s call them Bill and Ted.  Ted had submitted work to a large poetry contest; as we all know, there are too many applicants and not enough awards, especially with the chilly eyes of budget cuts turned always toward the NEA.  Bill was planning to submit to the same contest, and when Ted mentioned his own submission via e-mail, Bill told him this, asked Ted if he minded, and assured Ted that his submission wasn’t a copycat crime.

Ted, as it happened, did mind.  His next e-mail accused Bill of competing with him, submitting because he (Ted) had done so, and generally breaking their moderate fellowship.

Maybe Ted missed or forgot the part about Bill having had this in mind already; maybe Bill’s motives weren’t as pure as Bill himself averred (though more on this near the end); maybe this kind of thing is inevitable, when the arts are so poorly supported and everybody’s trying to scratch a living from the same rocky farm.  There are a lot of maybes, everyone is insecure on points like this, and virtually no one is pure.  No big deal.  End of story…

…except that it’s a variant on a story that’s so…old.  James Dickey famously referred to New York poets as “crabs in a bucket,” crustaceans scrabbling over each other’s heads in their attempt to escape…and probably we can all think of instances.  (We can also note that crabs are much less prone to behave this way in the wild, and that the artificiality and trauma of the situation have a lot to do with the behavior.  Cultural or biological commentary on this point: optional.)  But long before the rise of New York, let alone any current system of buckets, our classical forebears had noticed this tendency in artists, and, by reasonable extension, in most people.

In secondary school, where most of us first encounter Greek and Roman mythology, Daedalus figures as the devastated father of Icarus, the son who carelessly took his wax wings too near the sun and plunged into the sea.  An occasional student may retain some memory of Daedalus as a fabulous artisan, creator of Minos’ labyrinth; but the prequel, the story of Perdix, generally goes untold.  Rather than make any futile attempts to improve on Ovid or Humphries, let’s hear it their way:

His sister,
Ignorant of the fates, had sent her son
To Daedalus as apprentice, only a youngster,
Hardly much more than twelve years old, but clever,
With an inventive turn of mind.

And Daedalus, in envy, hurled the boy
Headlong from the high temple of Minerva [Athena],
And lied about it, saying he had fallen
Through accident.
(Book 8, 241-251)

This being the Metamorphoses, always concerned with etiology, we find that Minerva/Athena, “kind protectress / Of all inventive wits” turned the falling Perdix to a partridge, the bird who fears high places.

But, as with any living myth, etiology is only the beginning.  The deadpan calm with which Ovid narrates this suggests that it doesn’t surprise him any; perhaps at this point he’d already seen his share of the angry, anxious competition that can consume artists, the fear and suspicion we turn on each other, the narratives we construct—it was an accident! he was trying to destroy me first! I had to protect my work!  — to justify the murders, large or small, that we commit in the name of that work.  As I may have mentioned on some other occasion, protecting our work is sometimes a two-edged justification for what we do in its name.

Daedalus told himself a story—a lie—we still use:  that what he did was in the service of art, making, his god.  And I believe it is a lie.  Ovid doesn’t exactly say so, except through structure (the tale of Perdix is embedded directly after the fall of Icarus), but there’s more than a coincidental relationship between the death of the too-clever, threatening boy and the death of the beloved boy.  It’s no coincidence that both die by falling.  Nor is it any coincidence that Daedalus was the architect of Minos’ maze, creating its black and twisting tunnels from perfect artifice to the monster at the center.

Daedalus
Made those innumerable windings wander,
And hardly found his own way out again,
Through the deceptive twisting of that prison.
(Book 8, 165-168)

This story is about us, and what it tells us is true:  when we do what Daedalus did—and there are many ways to do it, and most of us have at least thought about them—we build a maze from which we may not escape.  When we try to do away with what we perceive to be threats, we can expect to sacrifice what we don’t mean to as well—probably not with the awful symmetry of mythology, but surely nonetheless.  For instance, the integrity of our own work may suffer, because our work speaks truly about who we are…even when we don’t want it to.   Or, more likely and more immediately, our loss may be, like Daedalus’, familial:  removing or attacking the competition can also mean losing contact with our own people, who understand what’s going on with us, who do what we do.  Our community.  If we kill Perdix, we risk losing Icarus…especially when (as sometimes happens) Perdix and Icarus, the threat and the beloved, are the same people.

Daedalus isn’t dead in any artist, or, probably, any person.  Few of us have the power to kill him (indeed, post-Perdix and post-Icarus, Etna took him in.)  But we have some choice about acting on his advice.  Do we want to deny him?  praise and support others’ work, even when it’s getting the accolades we’re dying for and the bile seems likely to choke us?  Do we have the heart to be ashamed of Daedalus, gnawing away there in the maze of our arts?

Sometimes, of course, we don’t.  Sometimes we take him out to dinner, show him around, make a virtue of him:  we’re not being petty or possessive, fighting over turf or throwing down our fellows, we’re protecting our work!  Sometimes we blame our fellows for what we do at Daedalus’ urging, the way that, for a straying spouse, it’s the other spouse who made us do it.  Sometimes we think, or even say, that how ruthlessly we behave is somehow the measure of our genius.

This isn’t, I hope I need not add at this point, really about Bill or Ted.  I don’t know Ted well enough for his mazes to be anything but his own affair, he’s generally a fairly courteous fellow, and he hasn’t killed anybody lately.  Maybe he was having a bad day.  Nor does his reading of Bill make him any worse than most of us:  it’s a rare person who hasn’t at least once done something similar.   My point is rather that most of us, probably like Ted, can still hear Daedalus whispering.  But when we do, we have options. Ted, for instance, might’ve considered that neither of them was likely to win their contest.  Those odds are such that, as one of my grad school professors memorably said of the job market, “blaming another grad student for getting a job is like blaming the guy who bought a lottery ticket with you if he wins.”  Or Ted might’ve thought that if he didn’t win himself, it’d still be good if Bill did (despite the homicidal urges this would engender in all of us), or that relations with Bill were more important than the fairly remote likelihood of winning.  This particular time, Ted couldn’t take those options, for whatever reason:  and that’s not necessarily about Ted either.  What Ted does today, I could find myself doing tomorrow.  It’s about Daedalus, this thing that’s in all of us.

It’s worth remembering, though, that we have choices.  Make of it what you will, call it fear or friendship or honor…but after his exchange with Ted, Bill didn’t enter the contest.  Right choice?  Who knows?  But a choice nonetheless, and probably one that Bill’s inner Daedalus didn’t approve.

Ovid (and his sources) had this down two thousand years ago.  They tell us that when we want to trample in desperation on each other’s heads, the scarcity of awards and support and funding don’t justify it.  Neither do our insecurity and hunger and anger, the near-universal conviction that we’re not being read, respected, heard as we deserve to be.  Rather, those factors are the reason to try to stand in solidarity with our fellow crabs, to (try to) hope for our fellows’ success as we hope for our own, and to (try to) rejoice (no one said it was easy!) when their successes are worthy:  not only because better arts funding can come only through collective action, but because our fellow artists are our fellows, loving what we claim we love, serving in the same temple.  Because I don’t agree with Zora Neale Hurston that real gods require blood:  it’s people who do that.  I don’t believe that the best thing in our lives is served by doing some of the worst things we can to others like us, or that that art accepts any blood but our dearest, our own.  Especially when, no matter how successfully we scrabble or trample, nobody gets out of this bucket.