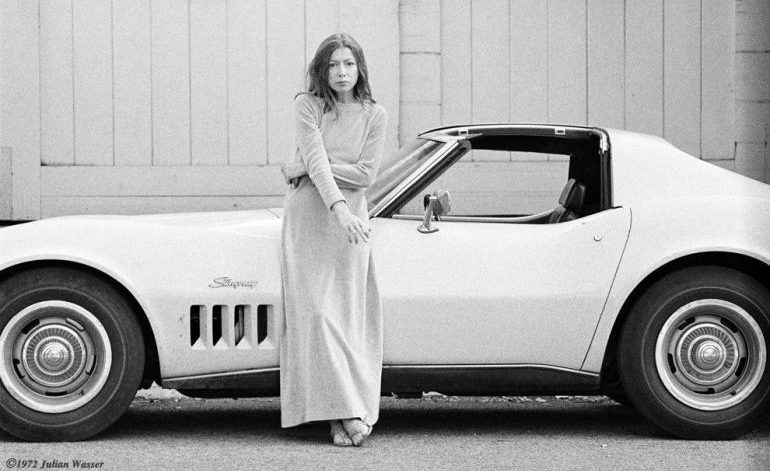 Exterior details lend themselves to the interior landscape of a character or narrator. What one chooses to notice, how one describes an object, says more about the speaker than it does about that thing. A character who spends a whole paragraph noticing someone’s unwashed, unkempt hair tells the reader that hygiene is an obsession. The distant relative who’s quick to point out the stain on a shirt might be hasty to reveal the flaws of others.

Joan Didion utilizes details throughout her nonfiction to stand in for larger ideas. In The White Album, a house half-built when Reagan was Governor of California and was then abandoned is a commentary on misuse of government funds and the American Dream. Rather than explicitly make fun of the deserted construction through exposition, Didion’s criticisms are grounded in physical details:

Likewise, the author’s description of the luxurious accommodations of the US Ambassador to El Salvador helps ground the character and the reader, both striving to understand US involvement in the Central American nation.

The wine was chilled and poured into crystal glasses. The fish was served on porcelain plates that bore the American eagle. The sheep dog and the crystal and the American eagle together had on me a certain anesthetic effect, temporarily deadening that receptivity to the sinister that afflicts everyone in Salvador, and I experienced for a moment the official American delusion, the illusion of plausibility, the sense that the American undertaking in El Salvador might turn out to be, from the right angle, in the right light, just another difficult but possible mission in another troubled but possible country.

The political details of Salvador were sometimes lost on me, but I believe it reflects an overarching issue: the political details of certain places, and the United States’s involvement in those places, were and are lost on many Americans. Hence, Didion’s usage of accessible details or things to ground the reader translates the country and its situation not by language but images—the police cars, the chilled wine, the porcelain plates, the newspapers.

The chilled wine denotes access to imports in a small nation with an unfavorable climate for wine-making, and the fact that it is chilled means there is a refrigerator handy, and thus reliable access to electricity. After an earthquake strikes during the trip, the hotel Didion stays in loses power: “There was no electricity, but there was often no electricity.” In a place where murders are as naturally accepted as power outages, and an earthquake reaches a seven on the Richter scale, the possession of crystal glasses or porcelain plates is an untoward and inconvenient luxury. Professor and author Ryan Flaherty noted that “what Didion describes is the type of luxury that can condone and afford absurdity.”

The details she is noticing tell us the quality of life the Ambassador possesses, as well as Didion’s attraction to these luxurious items. She notes it gives her “a certain anesthetic effect.” Surrounded by familiar comforts, she is insensitive to pain, “temporarily deadening that receptivity to the sinister that afflicts everyone in Salvador.” This luncheon is a sedative; when there are luxuries present it’s easy to push the “sinister” out of one’s mind. Even the usage of the word “sinister” implies a vague and distant feeling; it’s evil and possibly threatening but it’s not clear what “it” is. Whatever it is, it’s far away from the chilled wine, fish, crystal, and porcelain.

Mark Doty’s craft essay on an Elizabeth Bishop poem reflects that “the poet seems to proceed from a faith that the refinement of observation is an inherently satisfying activity.” The same could be said for Joan Didion, whose essays are marked by daily details made monumental. One may not understand all the nuances and complexities of state governments or foreign affairs—or even fishing, in Elizabeth Bishop’s case—but one can comprehend telling details, and observations carefully chosen by a writer attempting to condense and present a larger idea for the reader.