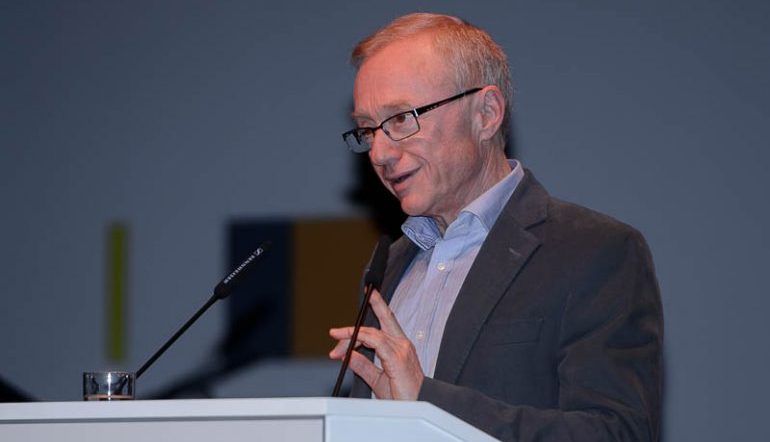 One day, after my husband finished putting our child in his car seat—a process involving handling, grabbing, pushing, pulling, battling, and comforting—he turned to me and said, “Sometimes I feel really sad that I never got to have him inside my body.” “If it makes you feel any better,” I said, “sometimes I feel really sad that he isn’t inside my body anymore.” Sometimes, even as I lie on the couch listening to my child chatter over the monitor and praying for him to take a nap so that I can too, I feel phantom fetus kicks in my lower abdomen and imagine that he’s still there, contained within me. As long as he sings and dances in his bed, I cannot relax, even when he needs nothing from me. My mind is on him, my body contracted, on alert. Every minuscule sound he makes rouses me, reminding me that he is there, that he is human, that he is mortal.

From the moment children are conceived, we become acutely aware of the fact that they could also die. And yet, when it does happen—as it did to Israeli writer David Grossman, who lost his son during the Second Lebanon War—it is utterly unfathomable. In one of the many, many poignant moments in his book Falling Out of Time (translated into English by Jessica Cohen), one of the narrators confesses that the loss of his son has made him into the parent he never could have been, piercing a hole in him and filling him with the son’s being so that in grief he can envision that he is a gestating and birthing mother as well as a father: “His death/has qualified me/to conceive him… it bares/my breast for/no one there to suckle.”

This is a genre-defying book, written exclusively in monologues and dialogues, a novel that reads more like a long-form poem or a Greek play, with characters of different ages, genders, and speech patterns who have one thing in common: they are all bereaved parents. The Walking Man, who is the first character to appear and whose son shares the name of Grossman’s deceased son, leaves the comfort and solace of his home and marriage one day, five years after his son is killed in battle, in an attempt to go find him, to breach that invisible separation between the living and the dead and go to the place where he and his child can reunite. “I am not alone,” he says. “I am not/alone. I whisper/like an oath,/and his breath/through my mouth/clouds the mirror./I am not alone,/with him I am/ not alone.”

The Walking Man’s departure has a kind of magnetizing effect, and soon he is part of a group of walkers who interact for spells, speaking in unison as a chorus, before each loses themselves in their own private grief. All have lost a child, each under different circumstances, and all are emerging from their self-imposed exiles, their cozy wombs of denial, in search of the only real comfort they can imagine: seeing their children, whose presence in their lives is only exacerbated by their memory. The characters swing wildly between the desire to keep their children’s memories alive—to fight against the natural elimination process of time, which does away with most minute recollections and preserves only a special few—and their survival instincts, which dictate that they shift their focus from death back onto life, remain wrapped in the arms of their partners rather than drift apart, and keep on living, even if it kills them.

More than anything else, this book is Grossman’s attempt to do the impossible by giving words to the drowning grief he felt over his son. It is a collection of revelations and insights about just how profound the loss is—a dark well with many false bottoms but no true one. Reading it was excruciating. That is to say, it was beautiful and sweeping, and I read it in two sittings, but it hurt like hell. The kind of thing I used to be able to picture without falling to pieces had me squirming in sympathy pains. I was raw with tenderness, jostled this way and that between the emotions the aching parents in the book express: pain, fear, disbelief, guilt, a desire to forget, a violent urge to remember, and a longing beyond anything I can ever imagine.

I long for moments with my son even as they’re happening, even as they seem unbearably exhausting, even as I’m counting down the seconds until they end. When they finally do, I sit there, pretending to enjoy my time as an autonomous independent, feeling out of sorts. There’s no doubt in my mind that becoming a parent has changed the way my brain and body work in profound ways, from changes to breathing patterns and skin growth to higher levels of anxiety and a new stubborn streak. Studies now show that this is not exclusively a birthing-parent thing—non-birthing men are affected similarly, experiencing new patterns of behavior and hormonal surges that evolve in the first months after their children are born. The boundaries of empathy constantly expand and contract, turning parents into oxytocin junkies that occasionally resurface for long enough to seek out the pieces of our old selves—those that were not obsessed with every smile and movement and sound their children make.

Throughout this experience, we participate in an ongoing game with our children: we pretend we can protect them from the world. We spend thousands of dollars on safety measures, read all the science and pseudo-science we can get our hands on, and then take first aid classes. We hold our breath when they fall and pretend like car rides are not a game of roulette, all so that they can grow peacefully and have the confidence to go out into the world and put themselves in even more danger. Our job is to allow them a life of greater and greater fragility. When my son watches Peter and the Wolf, he requests that I sit beside him so he can cling to me whenever the French horns signal the wolf’s approach. “You don’t have to be afraid,” I whisper into his ear as he wraps his skinny arms around me, his eyes still fixed, captivated, on the screen. “I’m here and I’m keeping you safe.” It is the first and most often repeated lie I tell him and one that I will continue to tell him for as long as we exist on this planet at the same time. I only hope I don’t get caught.

Perhaps what is hardest to take about the conclusion of Falling Out of Time, then, is not that the pain is so severe, or so prolonged, but that these bereaved parents are stuck in an impossible dilemma: To continue remembering their children is paralyzing, removing them from the joy of the world and turning them from people into something more akin to ghosts. But to forget them would mean to remove a piece of themselves, to lose the identities they’d fostered ever since these children emerged into this earth. They have lost their children, but they cannot lose themselves as parents. By the end of the book, the Walking Man acknowledges his eternal limbo: “And he/is dead./I understand, almost,/the meaning of/the sounds: the boy/is dead./I recognize/these words/as holding truth./He is dead,/he is/dead. But/his death,/his death/is not/dead.” To which another character, known as Centaur—an author struggling for years to write about his grief—counters his lamentation of acceptance: “Yet still it breaks my heart,/my son,/to think/that I have—/that one could—/that I have found/the words.”