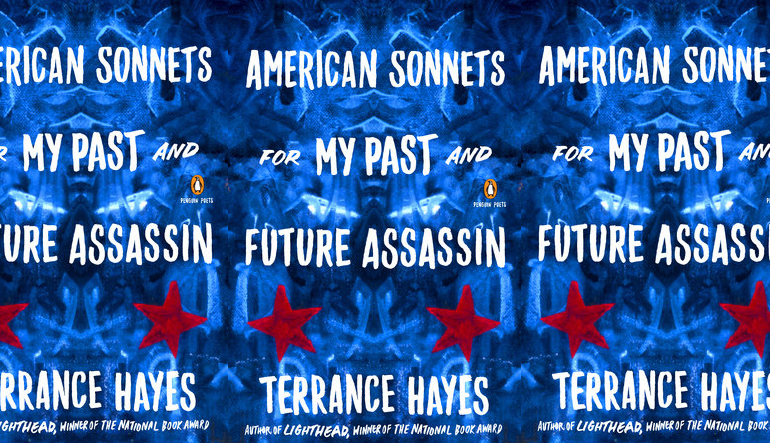 There’s no such thing as a singular “poetic tradition.” To suggest otherwise is horrendously erasive of the myriad poetic traditions, many of them oral, belonging to the world’s diverse cultures. Although English and other European-language speakers might be most familiar with Western literatures, we must recognize that its canon neither represents a global tradition nor even a complete Western one. Although some non-Western poetic forms like the haiku and ghazal have been imported into English-language poetry, generally absent from representation are countless other non-Western forms, including the hainteny of Madagascar’s Merina people to the landay of the Pashtun women in Afghanistan, just to name two. Additionally, the Western canon’s arbiters, scholars, and possibly writers themselves, have historically rejected some Western forms as “non-literary,” among them poetries primarily practiced by people of color and/or derived from the distinctive and sometimes blended cultures to which their practitioners belong.

More often than not, when the subject comes up, I have heard white poets, especially those in academia, scoff at slam poetry as being “non-literary,” “unsubtle,” and “artless,” whereas a “poem of the page” is heralded as an example (or at least a descendent) of “real” poetry. Implicit in this argument is that poetry is a product of certain kinds of knowledge, and only those who have that knowledge can write capital-p Poetry. All others are pretenders, dilettantes, and amateurs. I heard a formalist once make the claim that a poet must know how to write in form and understand prosody before they are be able to write in free verse. One must know how to meter before one can cadence, I guess. To me, this feels analogous to the argument that one must learn how to read musical notation in order to be a good musician. (Someone go and tell that to Jimi Hendrix.)

Let’s be clear: not all people have the same kinds of access to the same kinds of knowledge. Not everyone has the opportunity to study Shakespeare and Keats and Pound in depth. Not everyone has the same access to these texts—and here we should view “access” as both tangible (that is, the ability to own or borrow a copy of a text) and cultural (the insight into the text’s language usage and its sociohistorical background). These are problems of educational equity: who has been exposed to what kinds of information. In the United States, white students have statistically better access to educational opportunities than their non-white peers, according to the U.S. Department of Education. But these are also problems of knowledge hierarchies, of what is deemed valuable to know. Privilege and bias have a lot to do with what’s deemed valuable to know, of course: white men more than any other demographic belong to the canon, and the forms in which these canonical writers primarily wrote form the core of poetic form and theory pedagogy, at least in my experience. It’s not that these forms are inherently “bad” or “outdated” in any way—it’s that a person’s firm allegiance to the received Western canon and strict formalism may be alienating to some people. As a creative writing educator, I know some students conflate poetic formalism with esotericism, with “dead white men.” Of course, part of my job is to help them get past this notion, but it’s also my job to listen to them and interrogate poetry’s relevancy. Although there have been many calls for decolonization in literary studies, the issue remains: how does poetry include rather than exclude myriad traditions and, therefore, myriad voices? how does poetry build upon its foundations a new, decolonized canon?

Terrance Hayes’s American Sonnets for My Past and Future Assassin, seventy poems written in the first two-hundred days of the Trump presidency (four of which were first published in Ploughshares), honors the perennial efficacy of the historically European form of the sonnet (from the Italian sonetto, i.e. “little song”) while also challenging readers’ expectations for the form. Full of allusions to figures from Emmett Till to Maxine Waters, Aretha Franklin to Aeneas, every poem in the collection has the same title, and many of them contain an overt or implied address to the “assassin,” someone who, in the past or future, would like to see Hayes’s speaker, a black man, killed. In the collection’s seventh poem (originally published in Poetry), Hayes tells the assassin:

So what is an American sonnet? Hayes borrows the term from Wanda Coleman’s 1994 collection American Sonnets*. Hayes’ use of the American sonnet form underscores the ways in which some readers may be ignorant of poetries, traditions, and poets within our own language, and the ways in which they have been marginalized. Through his gestures of homage and imitation, Hayes insists that Coleman’s poetry not be ignored–that she be celebrated and read and studied. (For those of you unfamiliar with Coleman and her American Sonnets, as I was until corrected by Danez Smith and Joel Dias-Porter, “American Sonnet (10)” and “American Sonnets: 91” are available online. Hayes’ take on the form is capable of containing and destroying his antagonist, and it sounds good (see: “part music box”), but it’s also unforgiving and possibly dangerous (“part meat / Grinder”). These poems maintain their sonnetness through their lineation (all have fourteen lines) and shadowoy overlays of the structures of both the English and Italian sonnets, and yet, the diction used here is distinctly American. Hayes insists on using African-American slang and speech patterns alongside more Latinate words, as we see with this invective against a stinkbug–“Why are you buggin me you stank miniscule husk?”–and again with another invective, this time against white men w ho murdered black people and/or civil rights leaders:

Tonally dynamic and sonically pleasing, these poems insist there’s no difference between high and low diction/culture/art, especially when you’re writing for your life. Hayes spins the poetic form away from its more mannered origins so that it becomes raw, intense, and inclusive of many kinds of American Englishes. These poems feel as if they are written for both the page and performance. And each burns bright, as a “house set aflame.”

*This essay has been updated to include mention of Wanda Coleman and her important influence on Hayes’ work–a fact that was overlooked in the first version of this piece, serving as a perfect example of just how crucial the ongoing (and often personal) work of decolonization is.

Tags:American Sonnets for My Past and Future Assassin, Terrance Hayes