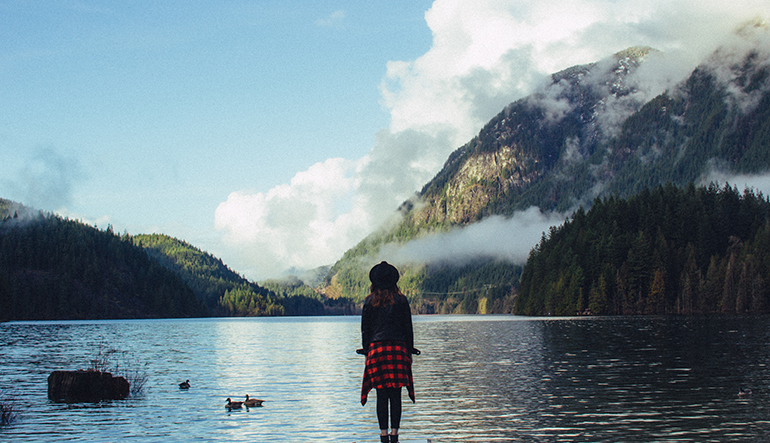 Most people get lost accidentally, a few get lost by necessity. There is hardly a story more compelling to me than the latter—that of the individual so primordially unsatisfied with civilization that wilderness is their only consolation. Take the legendary example of Everett Ruess, who disappeared for good in November 1934 in the canyonlands near Escalante, Utah. He was twenty years old and had spent the better part of four years travelling alone throughout the most remote areas of the American west.

Ruess was an artist, a poet, and an avid reader of literature, often carrying volumes into the backcountry with him. He captured the imagination of Wallace Stegner, who devoted a chapter of his book, Mormon Country, to Ruess. For Stegner, Ruess was “a spiritual and artistic athlete who die[d] young.” He was “a callow romantic, an adolescent esthete, an atavistic wanderer of the wastelands, but one of the few who died—if he died—with the dream intact.”

While at Stanford, Stegner assumed the role of mentor to a backcountry ranger in Sequoia and King’s Canyon National Parks named Randy Morgenson. Morgenson, also an aspiring writer, struck up a friendship with Stegner through correspondence. It’s likely Stegner admired Morgenson for the same romantic desperation he saw in Everett Ruess. On July 21, 1996 Morgenson, then a sixty-four-year-old veteran of the High Sierra, went out from his station on a routine patrol and was never seen again.

It didn’t matter to Stegner that Everett Ruess and Randy Morgenson were mediocre writers. It was far more important that they were individuals bold enough or desperate enough to forego the advantages (and/or burdens) that civilization offers our species, to live in harsh desolate landscapes.

Ruess and Morgenson were immortalized by their respective disappearances, but there are plenty of people who have lived as they lived, without the tragedy or the trail of diaries and letters that give us their stories. These adventurous types push against a boundary that civilization is designed to erase. Humans have figured out how to eliminate and protect ourselves from predators, disease, and hunger, how to alter the natural world in ways that allow our species to expand exponentially. Everett Ruess, Randy Morgenson, and so many more men and women have decided to risk all that our species has won for some of what we have lost in the making— wilderness.

Wallace Stegner said of wilderness habitués, “You don’t go there to find something, you go there to disappear.” I think he’s right–not that I’ve ever really come close to the wilderness experiences being described. While I do make it a practice to visit and travel through the wilderness of northern Maine, not too far from my home, I don’t venture off the well-maintained trails. Still, when I’m out there I feel the romantic feelings Ruess and Morgenson must have felt, and it’s because of these feelings, tied up with the satisfying physical fatigue that comes with carrying everything you need across the miles, that I go. But something else is always there with me. It’s not fear for my safety or the desire to conquer challenging terrain, but the sense that pushing up against the sides of the trail is another world. I can walk through it, and I can touch the membrane that divides the realms. It’s a world where I don’t exist.

The only other time I get this feeling is when I’m writing. Or rather, when I’m pushing, dismantling, reassembling, or otherwise manipulating language, as I know it, with the intention of arriving at some kind of distilled communication. Poetry in particular, when it is successful, eliminates the linguistic boundaries that our social world imposes, and allows for alternatives. Simply put, literature at its best is about humanity. In the most rare and satisfying times, for the reader and the writer, the self recedes as language dissolves the membrane between our experiences.

Many have speculated on the motives behind Ruess’ and Morgenson’s lifestyles, the circumstances of their deaths, their sanity. Some say Everett Ruess fled to the canyonlands to escape suffocating, overbearing parents and that Randy Morgenson left his post without any intention to return after struggling with depression and an imminent divorce. Because no one knows exactly why, or exactly how, these two people lived and died, we can imagine. As Stegner wrote, while talking about the Mormon boys Ruess befriended during his travels, “Because they will never themselves go, they would much rather not have Everett Ruess dead.”  What matters is only that they were compelled to live apart from convention, they crossed lines we recognize but don’t really understand, lines I could spend my life exploring.