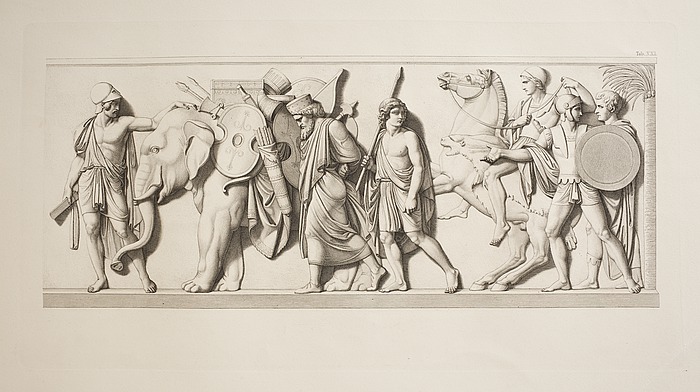 How can you avoid bad dream-writing? Part One of this post appeared on Monday.

All right, let’s talk about the good things dreams can do for your writing process. Let’s have some nice dreams.

Have you ever used a dream as inspiration for writing? George Saunders did this in “Pastoralia,” which, as he puts it, “came out of a dream I had, in which I was wearing a loincloth while trying to get a fax machine to work, while my coworker snarled at me and belligerently filed her nails, and also, we were in a cave.”

Now, an easy way to turn this dream into story would be to maintain the line between dream and waking life. A character could have a crazy dream and wake up in his cubicle wearing a loincloth. The cave could be symbolic. The tone could be slapstick—Loincloths AND fax machines? Ha!

But Saunders takes a risk: he invents a setting in which loincloth and fax machine co-exist in a credibly real world. Amidst absurd juxtapositions, he creates conflicts that are recognizably, painfully mundane. His dream’s snarling co-worker becomes Janet, a character whose hilarious belligerence undermines the narrator’s corporate fealty. As tensions rise, everything depends upon that fax machine—and for that matter, the loincloth. (Note: Disclosing more about this story would ruin for you the pleasure of recognizing, about three sections in, its location.)

So, don’t dismiss as unworkable that nutty dream you logged in your “dream journal.” Oh by the way, do you keep a dream journal? Perhaps it’s time you did.

Donate Your Dreams (Even the Nice Ones)

Now, let me tell you about my dreams…no wait! This is purposeful! Here are two dreams I donated to my characters, in hopes that you might find ways to do so, too.

The title story of my collection takes place after a couple’s harrowing pregnancies, and in it, a character recounts one of my own childhood dreams: “Paul told [his wife] about a dream when he was four years old and his mom was pregnant. He understood babies involved love and an egg, so he dreamt that his dad kissed his mom, and when she opened her mouth, there it was, on her tongue, like a pink jellybean. The egg. His dad had given it to his mom through kissing, and she would swallow it and sprout his sister.” Donating this dream to the husband, Paul, allowed me to show how this couple once connected (they’re divorcing) and contrasted their complicated present with a simpler past.

More recently, I awoke in a great mood after a “reception-line” kind of dream: in it, I’d encountered seemingly every person I’d ever met, and everyone was glad to see me. Such a dream was clearly useful for one of my novel-in-progress’s characters, a new U.S. immigrant, to reveal her plentiful life in another country and provide contrast with her present setting, which is foreign, dreary, and controlled. I also wanted her to wake up in a mood good enough to send her into action.

Overall, to my surprise, it’s my happy dreams that generate the most complex character development. I’d also never considered using a childhood dream until the opportunity arose. So when you’re picking through heaps of your dreams-to-donate, consider the brights along with the darks—as well as the sizes you’ve outgrown.

Still looking for purpose in your literary dreams? Once again, let’s go to the texts.

Dream Memory. Early in the dystopian novel The Handmaid’s Tale, Margaret Atwood presents the narrator’s last moments with her daughter in an agonizing dream. All told, it’s about one page of vivid, whirling sentences that wallop the reader with the narrator’s helplessness. Using a dream-that-actually-happened, Atwood furnishes a backstory that both delimits the narrator’s despair and, eventually, powers up her will to survive.

Dream Reflection. Edwidge Danticat intertwines memory and dream in her novel about the 1937 Haitian massacre, The Farming of Bones. The novel is partitioned into alternating chapters: short chapters of memory/dream featuring loved ones the narrator, Amabelle, has lost; and longer chapters where time moves horrifyingly forward. Without these reflective, dream-filled chapters, Amabelle’s interior life—her humanity despite the forces denying it—would disappear.

Dream Guilt and Regret. Dan Chaon’s story collections, particularly his newest, Stay Awake, depict characters with guilty consciousnesses, secrets, and dreams that buzz along the corners of the waking world until reality burns down—often by the main characters’ own hands (see, for example, “The Bees”).

Dream Catcher. In Anthony Doerr’s short story “The Hunter’s Wife,” a hunter is married to a woman who, with a touch, can unlock the dreams of hibernating ladybugs and dying humans. The visions in this story are wondrous and, not surprisingly, divisive.

Oh, perchance to dream! Do tell: What writer’s dream scenes do you admire? And how does your writing dream?