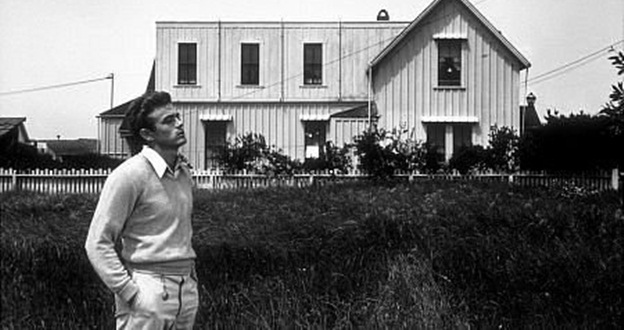 Can a story be truly inspired by a classic while serving as a literary critique of that work? Does critical fiction help us to understand our common archetypes? Absolutely. East of Eden, by John Steinbeck is, perhaps, the model for literature as critical writing. Steinbeck structures Eden around the biblical story of Cain and Abel. The reader is directed overtly to the biblical brothers: first with Steinbeck’s patriarch, Adam, and then in two generations of brothers. By reimagining Cain and Abel two times, Steinbeck uses Eden to ask whether we’re born evil or choose our own fate. Each iteration of Steinbeck’s brothers is another response to the same biblical prototype. Ideas of conception, children and evil are explored through several of his generations’ story lines, allowing Steinbeck to wax philosophic through his narrator: “I believe there are monsters born in the world to human parents…” he says.

But Steinbeck’s characters—excepting Cathy—are almost never purely good or evil. His antagonists struggle with their dark nature, making them more complex than the original biblical types. This challenges the reader to question the didactic message of the source. Steinbeck elevates his characters above the Cain and Abel archetype, asking unique questions in a natural extension of the original. Echoing his source, Steinbeck suggests the ability to do both good and evil—in his own characters and (in his heavy-handed narration) in all of mankind. Midway through the book, Steinbeck introduces the biblical idea of timshel, a direct plea to the reader to understand his characters in light of the biblical story.

[T]imshel—Thou mayest—that gives a choice. It might be the most important word in the world. That says the way is open. That throws it right back on a man. For if Thou mayest—it is also true that Thou mayest not… [Thou mayest] makes a man great, that gives him stature with the gods, for in his weakness and his filth … he has still the great choice. He can choose his course and fight it through and win.

This establishes Steinbeck’s work as an academic exploration of the biblical text. We have to then take Steinbeck’s narrative choices as evidence either for or against free will. Eden is mankind on trial. Steinbeck alters our reading experience. These characters still function within his fiction, yet now they are allegorical figures in the philosophical theorem that Steinbeck wishes to prove. By incorporating the discussion of timshel into his work, Steinbeck furthers the idea of using source material by questioning it. When asked of his brother, Cal responds, “Where is he? How do I know… Am I supposed to look after him?” This “Am I my brother’s keeper?” line comes late in the book, but Steinbeck has earned it, folding together layers of characterization, reinterpretation, and his theory about original sin. Had it come earlier, this line would have seemed cheap, an easy parallel to move his story along. Steinbeck has taught us to read his work. Steinbeck closes with the word timshel. This is an act of forgiveness and a reminder to the reader of the academic questions we’ve been asked to ponder. It provides the narrative with unifying structure, and a reiteration of the message of the book, choice. As much as it explains and explores, East of Eden challenges its predecessor. Steinbeck weaves together the threads of this concept so tightly that one could look inside the story for evidence both for and against the ideas of original sin, free will, and human responsibility. Eden asks us to claim a philosophical stance about the inherent goodness of man. The fact that Steinbeck succeeds in terms of his own narrative is what affords him the freedom to explore these larger issues, and to do so as openly as he is able. In E.L. Doctorow’s introduction to John Leonard’s Reading for My Life, Doctorow recalls that,

“Frank Kermode has said that every piece of literary criticism rewrites the text that it examines. Less dogmatically expressed, this is the idea that a work is not completed until the reader animates the text, as if the lines of a novel are a printed circuit through which the force of the reader’s own life will flow.”

Steinbeck’s East of Eden is thus critical work, for the author has animated the original text and shaped it into something new.