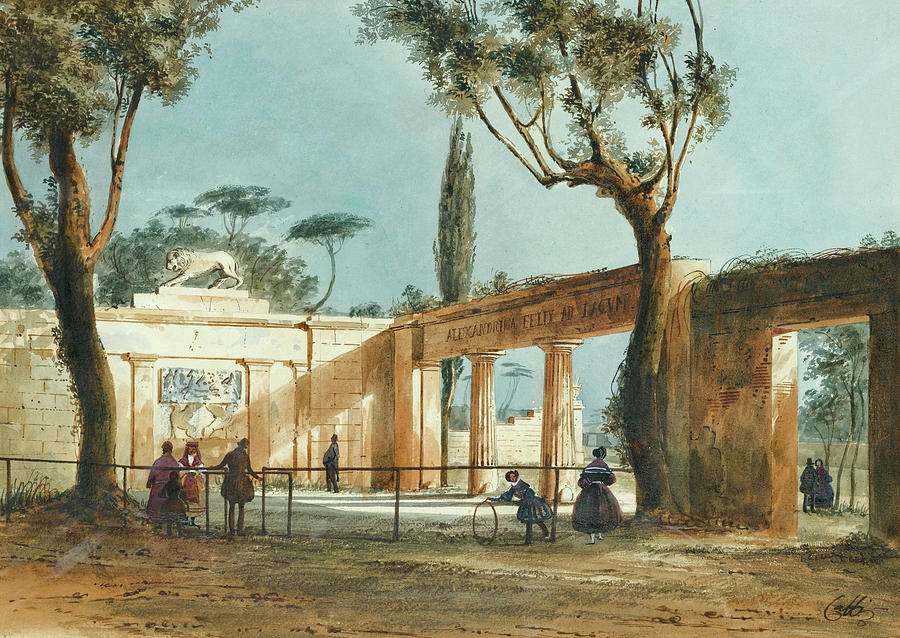 For the longest time, I didn’t even consider reading Eat, Pray, Love: One Woman’s Search for Everything Across Italy, India, and Indonesia—Elizabeth Gilbert’s bestselling 2006 memoir turned Hollywood blockbuster. I had watched the movie and found it mildly entertaining. It was lighthearted and pretty to look at, but surely that would only do for a movie, I thought. But a friend kept telling me that the book—and Gilbert in general—was fabulous. And the combination of having a baby at home, a harsh winter, and ongoing COVID-19 concerns meant that I could use something lighthearted. And besides, I was working on a memoir about love and sex that included a lot of travel—wouldn’t it make sense to read a book that contained some of the same themes?

Eat, Pray, Love ended up being a real treat, a lovely combination of beautiful descriptions and emotional intensity. Gilbert speaks eloquently and openly about romance, longing, insecurity, depression, grief, faith, and a sense of belonging in the world, rendering the sort of feelings and experiences most people keep to themselves with words that make them sound simultaneously unique and communal. The insights offered in the book were also refreshingly realistic—rather than the trite fair-weather mysticism that many inspirational bestsellers have to offer, I found some real transformations, as well as the acknowledgement that, change as we will, there are certain demons we will always have to fight.

From what I’d seen in the film, I had expected the Italy section of the book to be a lot of fun and games and the India section to offer more profound revelations. Revolving around the four months Gilbert spent gallivanting around Rome, Naples, Venice, and several Sicilian cities, while sparing no expense and eating with abandon, I didn’t anticipate recognizing any of myself in a scenario so far flung from my life in this current moment. Even when I was traveling around the world, I was often doing so while figuring out the cheapest way to survive, plagued with a restlessness that wouldn’t allow me to have a home base, let alone a rental apartment, as Gilbert does in Rome. But, in truth, it is precisely this restlessness that Gilbert spends her time in Italy contending with. It is a restlessness caused by what she views as her recent life failures—her messy divorce, her breakup from a charming yet distant boyfriend, and a subsequent general sense of unease, imbalance, and ill health. It is a restlessness brought on by an existential hunger that has formed a rift between her mind and her body. And it is a restlessness shared by all of us who were raised on the lap of the Protestant work ethic—we don’t know how to not be busy.

I began to see myself clearly in the book when Gilbert addressed this weakness directly. In a sentiment that at first seemed overused, she laments the fact that Americans have failed to adopt the famous European work-life balance. (I’m not contesting this argument; I agree that the capitalistic imperative to overwork and the compulsion to be constantly busy are toxic and ridiculous.) But then she takes the notion further, pointing the lens at the American pleasure deficiency that extends beyond working hours:

Generally speaking, though, Americans have an inability to relax into sheer pleasure. Ours is an entertainment-seeking nation, but not necessarily a pleasure-seeking one. Americans spend billions to keep themselves amused with everything from porn to theme parks to wars, but that’s not exactly the same thing as quiet enjoyment. Americans work harder and longer and more stressful hours than anyone in the world today […] Of course, we all inevitably work too hard, then we get burned out and have to spend the whole weekend in our pajamas, eating cereal straight out of the box and staring at the TV in a mild coma […] Americans don’t really know how to do nothing.

Gilbert elaborates on how when she prepared for her trip to Rome, she had to fight off the urge to micro-plan every day of her four-month stay. The purpose of her time there was to enjoy the Italian language and to recover from sustained stress and sorrow. But the overachiever in her urged her to plan cultural outings and write travel essays. When she reminded herself that the purpose of her visit was pleasure, she even considered spending her time at the local library in order to research the history of relaxation so she could become an expert at taking a break. No matter how she tried to trick her brain into restfulness, it fought back with an inclination toward maximizing results. It wanted to micromanage the fun.

I laughed out loud when I came across these passages. I had just been complaining to my therapist about how I’ve been feeling too tired to engage in pastimes I found worthy, and how guilty I feel when I wile away my free hours “just” hanging out. I feel most accomplished when I am able to “live out the potential” of my downtime by spending every minute of it doing something calming or fulfilling—exercise, bath, reading, watching a movie—rather than “wasting” precious minutes sitting on my bed and staring out the window, clothes half on and half off, on my way to take a shower.

Gilbert, I realized, felt the same, and to combat this deeply ingrained tendency had to literally train herself out of it—spending hours sitting on the floor of her apartment, passing full days just walking through neighborhoods and drinking wine, and making eating and observing, rather than museum visits or historical tours, her main activity. (It likely goes without saying that dropping everything to travel the world for a year—or spending any time “doing nothing” at all—is a highly privileged concern.) I mention the eating not only because it is a lavish and hedonistic way for Gilbert to spend her time in Rome, but because her subsequent weight gain, which she learns to relax into, is yet another form of her retraining herself to take up space without having to justify herself, and something that I, too, have been trying to—slowly, kindly—teach myself in recent years. The overarching ideas here, as I have to remind myself on a near-daily basis, are that my existence does not diminish in value according to how efficient my body or my mind are, and that any activity (or lack thereof) that is enjoyable to me is “worth” my time.

My main challenge in living by this creed is a constant awareness that life is short and fleeting—a knowledge made ever more salient as I approach age forty. There is only so much time left to do the things I truly want to and make my mark on this world, and there is a general hovering sense that time is running out and there is something unnamed that has yet to get done. But while my half-dressed-window-staring habit may seem frivolous, it is actually conducive to the creativity I crave.

It is often in these “filler” moments that true beauty—a hug from my son, a joke from my husband, a sunset outside my window—takes place. And, more importantly, our brains and bodies know better than our churning minds when a break is necessary, and they will always find a way to take that break, be it through fueling the body with extra food and sleep, escaping to social media, or staring into space. There is no need to make excuses for the space and time our brains and bodies require in order to recover from the stress and hard work of daily life.

The notion Gilbert is in search of long before her residency at an Indian ashram is the Buddhist idea of simply being—being present and engaged in a moment as it occurs and letting it go as it passes. Letting rest be true rest; letting pleasure from food be just that, rather than a vehicle for guilt and self-flagellation. There’s a quote I love from Tove Jansson’s children’s novel Moominpappa’s Memoirs, translated by Thomas Warburton, about the Joxter—the father of the irresistible, Buddha-like Snufkin:

‘Well,’ said Hodgkins, […] ‘For ourselves there is always one single interest. You want to become. I want to do. My nephew wants to have. But the Joxter just lives.’

I recite this quote in my mind every single day, and recently it has been joined by a mental image of Gilbert meandering the day away through Roman streets and alleyways. To simply live—a worthy goal indeed, and one that, if I am lucky enough to achieve, would fulfil the goal that all this restlessness is after—a full and profound life.

Tags:Eat Pray Love: One Woman’s Search for Everything Across Italy India and Indonesia, Elizabeth Gilbert