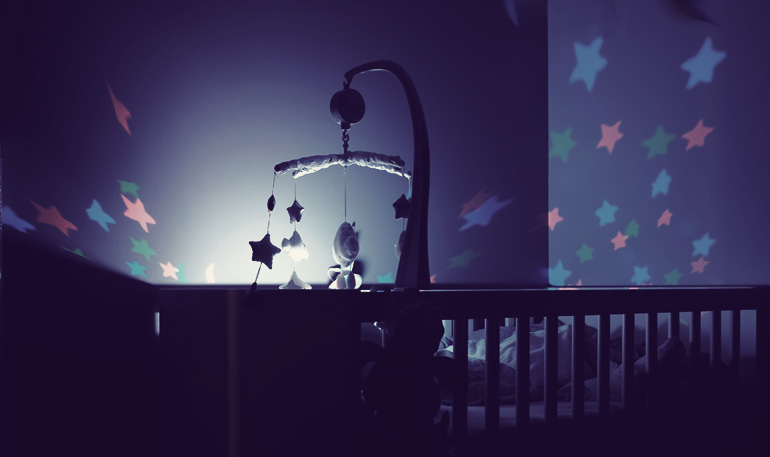 May our sleep wander / may darkness shine

— From “Son” by Iris Eliya Cohen

Among the many weaknesses that parenthood reveals, there was one that, to me, felt personally poignant. Ever since I was a young girl, I’ve been aware of my inability to maintain a daily journal. Recording passing thoughts and ideas is considered a healthy habit to sustain a writer’s brain and find inspiration in everyday life, but as passionate as I am about writing, I’ve never been able to get into it. Upon the birth of my child, when my life was instantly transformed into a new and mysterious phenomenon and everyone around urged me to savor it—hurry, babyhood will be over before you know it!—this shortcoming became ever more pernicious. While I kept a months’ long log of every time my baby ate, napped, or pooped, my personal impressions were reduced to a half-page ongoing list of his early life “tricks”—smiling, laughing, rolling over. There was another list my husband and I kept; a list of things that gave us hope when the darkness of sleep deprivation and colic enveloped us: finding a holding position that relieved our son’s gassy agony, having a beer, reading an entire chapter of a book in one sitting. Keeping these lists was helpful, but they read more like a parenting manual than a portrait of our particular family. The specifics went undepicted.

Time passed. The routine of baby-care shifted, settled into a familiar rhythm, shifted again. We slept more and then less, went on a few trips as a family. Our baby became a stomach sleeper, a crawler, a sitter, a puller-upper. His evolution gained speed; he got interesting.

I felt guilty for each day that went undocumented, every impression not recorded. The weeks seemed to race by, and all of a sudden photos of our son from just a couple of months ago bore little resemblance to the child cruising along the coffee table. I felt anxious to hold onto the changes as they occurred, to embrace the transforming incarnations of him. I realized that, as the dust of his crash-landing on this planet settled, I was enjoying him and cherishing his presence. A thought began to cross my mind on a regular basis—a thought I kept pushing away, afraid of giving it words—afraid still—because of course I didn’t truly want it to come true. I would look at my child and think: You don’t need to change. You are just right, right now.

Thankfully, he didn’t listen. Inspired by conversations with several friends, a few months ago I bought a five-year journal—the kind that fits a sentence or two a day—with the intention of jotting down daily impressions, something cute my baby did, a moment.

The five-year journal required discipline, but little time and energy. I wrote in it every evening, making a point of focusing my entries on the positive, having decided that the frustrations of parenting were all too salient as it were. Before I knew it, I was forming the smallest letters I could so as to fit in every sweet moment I recalled from the day.

A few years ago, when I was childless and free to nap whenever I saw fit, knowing only theoretically that time was endangered, slipping away as I whiled my hours, planning how I wanted to live my life, I translated some poems by Iris Eliya Cohen.

I loved Eliya Cohen’s poetry, treasured the moments when I would look up from my computer screen, staring at a distant spot in whatever café I was working at that day, my lips moving as I held up my hands and fluttered my fingers through the air, trying to capture the right word. She wrote about nature, sex, the death of her father. She wrote about her children, in a way which, at the time, I perceived as merely poetically enchanting.

There was one poem about sleep, which Eliya Cohen and I spent some time refining. Thinking about this poem a few years later, I remembered the image of a family fighting over a blanket, their bed becoming a war zone of limbs and snores and duvet covers (“May we never stop cocking elbows and knees”). The poet does not lament this battle that disrupted her night. On the contrary, she cherishes it. The poem is phrased like a prayer, wishing the moment to never end. Reading it again today, I find it bearing a telling title: “Son.”

The poem did not resonate with me at the time. I am a light sleeper, easily interrupted by noise, light, and movement. When our child was born, we sometimes brought him into bed with us on weekend mornings in an attempt to linger a while, prolonging the waking-up process. Before long he was kicking and rolling and pulling on our hair, and so bed-sharing was relegated to those nights when he was inconsolable and impossible to settle down. We were both afraid of forming a habit, reluctant to share our single privacy with this new guy on a regular basis, so we did it as rarely as possible. Other difficult nights, one of us sat with him, sometimes for several hours, in the recliner near his crib, our arms his bassinet.

I know that some mothers love co-sleeping and lament the loss of cuddles after their partner, their child, or society at large pushes them out of the habit, but I can’t say I relate. I prefer daytime cuddles, the surge of love fueled by a solid night’s sleep. These days, when my son breaks out of his hard-earned sleeping capabilities and wakes up in the middle of the night, I approach his crib with trepidation. None of the routine childcare maneuvers bring me more dread than the prospect of trying to lay him back down after he falls asleep in my arms, and our own bed is often much too exciting a place for him to sleep.

And yet, occasionally, when he wakes before dawn and as soon as I pick him up begins to doze off again, soothed by my proximity, I sit down with him in the recliner and am reminded of a conversation I had about a year ago. He was still a newborn, and was fussing as I tried to speak to an insurance agent on the phone. For the first—but not the last—time, a stranger on the phone heard the sound of my baby’s voice and slipped easily from a professional discussion to a personal confession. He was talking about his kids. “Sure, it’s a drag to have to share the bed with my daughter or sleep on the floor by her crib,” he said. “But I know it isn’t forever, and I might even miss it someday.”

May this night never end.
May your minuscule footsteps
Never grow and leave
My bed.

It is that same disorienting push-pull of mothering. The more you need to get away, the more you desire to stay put. These days, the less I am required to serve as a human bed for my child, the more he pushes me away to go climb precariously on a piece of furniture, the more my journal overflows with sweet anecdotes, the more I grow to admire this moment in time, this racing moment, in which I am still so needed, so intertwined, so physically essential.

As I sit in the dark room with my sleeping child in my arms, not asleep myself but not fully awake either, waiting for morning to release me of the expectation of sleep and its inevitable disappointment, two thoughts fill my mind simultaneously: Please let this night be over. But also: Please don’t let this moment end.