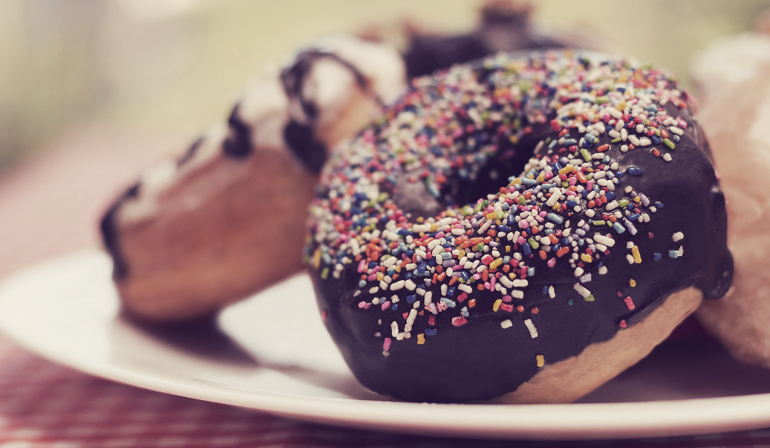 The scenes in my fiction that worry me the most, that I go over and over and that cause me no end of doubt, are the big, emotional moments. Falling in love. Getting dumped. The death of a loved one. The vocabulary of emotion is strangely limited, and it’s easy to misstep. On the menu are lifeless “she felt” statements and any number of bodily phenomena: stomachs dropping, lips quivering, hearts beating fast or thunderously, nausea, descriptions of all the different ways to cry or sob. How can the writer evoke emotion without being overwrought?

I recently reread Jo Ann Beard’s collection of personal essays, The Boys of My Youth. Reading it in my twenties remains one of the most moving reading experiences I’ve ever had, and rereading it fifteen years later was even more poignant. Back then, I responded to her painfully accurate, deadpan depictions of her childhood and adolescence. I felt, for the first time, that my unremarkable, suburban, female life and my strange, inappropriate thoughts might be valid material. I remembered the book as being about childhood and young adulthood, but this time around I felt grounded more strongly in the present narrator—a grown woman looking back on her youth, mining it for incidents that might bring meaning to an adulthood that had so far included the death of her mother, the dissolution of her marriage, and the killing of several of her colleagues. This description might obscure the fact that it’s also very funny. When I try to convince people to read this book, I make no attempt to tell them what it’s about. I just tell them it moved me.

How does she do it? In a passage from the title essay of the collection, her husband takes an excessively long time to pick up doughnuts, and she realizes he’s having an affair. She launches a smoke ring at him when he finally returns.

The doughnuts are akin to John Gardner’s barn, from The Art of Fiction:

One does not simply describe a barn, then. One describes a barn as seen by someone in some particular mood, because only in that way can the barn—or the writer’s experience of barns combined with whatever lies deepest in his feelings—be tricked into mumbling its secrets.

Beard makes the doughnuts ooze their secrets. Because of what the narrator has realized, they’ve become unappealing to the point of being scatological, in the most vivid way. Beard doesn’t say anything like, “I didn’t feel like eating the doughnuts anymore because they represented my husband’s lie.” Thank goodness.

I told him and he didn’t disagree. The only thing that happened was his face twitched, like a horse’s hide, when I said the word. Affair. You are. And I am very. Upset. Actually I also wailed, like a baby in its crib. That scared him and he set down the doughnuts and coffee, took a step toward me, a step back, then sat down on the edge of the couch. Unbelievably, he began to cry, which shut me up instantly.

The twitchy horse’s hide is an unflattering image. Events are related out of order. The sentences are choppy because the narrator’s thoughts are disorganized in this extreme moment. When she finally states how she feels, the simple sentence is cut in two, as if punctuated by hiccups or tears, and what she says doesn’t begin to cover her emotion. She mentions her wailing as an afterthought, or as something she’d thought of withholding and then reconsidered. It’s an infantilizing description of herself, as if she’s ashamed of her reaction, looking back. She describes her husband’s movements coolly and precisely, except for the word “unbelievably,” the first time she expresses an opinion about what he’s doing. He shouldn’t be allowed to cry, she’s saying, and I’m on her side. It’s a fascinating passage, because in addition to conveying her devastation, it also conveys the humor of the situation, largely because of the muddled diction, the inappropriately crying husband, and the lingering image of the doughnuts, which are both disgusting and hard to take seriously.

Do I want to know who?

This from my husband Eric, who had held my hand when they lowered my mother into the ground, who put me in a bathtub once and poured cold water on me to break a fever, who whispered the names of the constellations again and again because I could never remember them. I guess I need to know who.

The tone shifts drastically in this paragraph. The humor, or the narrator’s urge to be funny, is gone. The cheating husband, who Beard has made easy to loathe, and who looks absurd and pathetic crying on the couch there when it’s all his fault, has a name for the first time in the essay. The sentence is long and lyrical, with its parallel construction and depictions of specific acts of love. It hits the reader, suddenly, that the narrator has lost a real, loving relationship, that this is what she’s been mourning throughout the essay. The passage ends abruptly with a return to a short, business-like sentence, the answer to his awful question.

Beard’s 2011 novel, In Zanesville, is the story of a friendship between two fourteen-year-old girls. Nothing much happens, but what does happen matters a great deal to the narrator, and Beard makes that weight felt. Of course, sometimes she does just tell us how the narrator is feeling, but most often when she does, the telling is part of seeing: “I’ve never seen that look on Felicia’s face before, like she wished I would disappear. It’s like you’re a balloon and somebody just lets go.”

She also establishes a theme that returns in heightened emotional moments. She plays with the specificity she’s a master of when her narrator puzzles over a passage from Thomas Wolfe’s Look Homeward, Angel, which she admits to not altogether understanding.

A stone, a leaf, and unfound door . . . that’s the underlying theme. . . . What size stone? What kind of leaf? What color door? Usually I see the stone as smooth and weighty, like a river rock; the leaf slender and serrated, like an elm leaf; and the door as the door to the old chicken shed behind my grandmother’s house, dark flaking green with a rusted latch. Right outside that chicken shed was a thick stump with two nails pounded into it about an inch and a half apart. My cousins and I used to climb a trellis onto the roof of the chicken shed and then jump from the peak onto a pile of loose dirt. I liked the old stump and would lean on it, touching the nail heads lightly, while I waited for my turn to climb, until one of my cousins told me that between those nails was where the chickens’ necks were laid while they were getting their heads chopped off.

Her father, an alcoholic, has disappeared, which he does on a regular cycle. Her family is on edge because of it. The next day, she becomes convinced that her father is dead by his own hand in the coal cellar. Her mom sends her down there to get preserves, and the passage from the book becomes a refrain.

She steels herself by making Wolfe’s talismans hers. The theme returns in other frightening moments, finally when a boy she likes but doesn’t trust pulls her out of a party, into the woods, and then out onto a ledge, and she tries to call her friend telepathically for help.

My grandmother’s house, the chicken shed I used to jump off into a pile of loose dirt, the ankle-turning plummet, and then a mouthful of grit. The stone, the leaf, the unfound door. The old stump with two nails pounded into it, the chicken’s neck stretched between them, the eye that watches the ax come down, what happens afterward, never seen but read about—the body running in circles, terrified to be without its head. Hector pulls me up onto the big rock where no one is supposed to go.

She wants to go with him and is scared to. She wants him to kiss her and is scared he will. The slightly menacing reminiscence of her grandmother’s chicken shed that the Wolfe passage prompted earlier has given way to the imagined inner life of the chicken as it is killed. The phrase “Never seen but read about” could apply to the death of her father, which she constantly fears. He’s missing again in this section. It could apply to her own fear that the boy will hurt her. It could also apply to the unknown of the kiss, and eventually of sex. She’s growing up, entering a new realm of experience she doesn’t understand. All around her, girls are losing their heads over boys, and she knows she’s next.

This is a step beyond Gardner’s barn, as the narrator retreats from her actual surroundings to an image in her mind, but it shares the concrete visual details of the doughnuts and shows the reader her emotional state more clearly than the “inky blackness” she also describes as the boy pulls her through the night.

Beard improvises on Wolfe’s phrase to explore and convey her character’s emotions. The narrator describes the three elements differently depending on her state. Beard also uses the phrase rather niftily to make a case for writing what is seen with specificity. It’s this specificity that makes it a revelation to look through her eyes.

Tags:In Zanesville, Jo Ann Beard, John Gardner, The Art of Fiction, The Boys of My Youth