Home
»
Reading
»
Download One of These Literary Podcasts Today 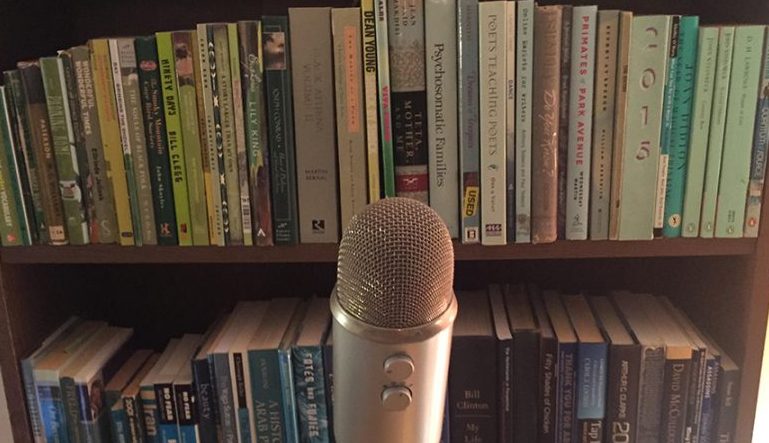 We live in the Golden Age of podcasts. They’ve been around for a while, but the medium has exploded in the past few years. Whatever your interest, there is a podcast for you, probably several. It should come as no surprise that for the literary-inclined, podcasts represent an embarrassment of riches.

In an overstuffed media landscape, books and ideas with a literary bent rarely make it into the larger consciousness. Literary podcasts don’t worry about such things. They know if listeners have gone through the trouble of finding and downloading the episode, they can speak in a shorthand that has the effect of making everyone involved feel like part of a club. It’s no small wonder authors appear on podcasts; they are given time and space they don’t get on other platforms, allowing them to deepen their connection to readers.

My two favorite podcasts are hosted by Harriett Gilbert of the BBC, who may have the best job on the planet. Gilbert has achieved national treasure status in England and for good reason. She is a generous host with a sharp mind and a quick wit. As host of The World Book Club, Gilbert has had virtually every major author submit to questions about one of their best-known books from a live studio audience and from listeners around the world. This is no exaggeration. Superstars such as Toni Morrison, Jonathan Franzen, or Jhumpa Lahiri can field questions by readers from Mumbai, Montreal, or Munich via email and social media.

The World Book Club has prompted me to investigate authors I might have otherwise overlooked. An episode from April 2016 with Somali author Nuruddin Farah on his novel Maps inspired me to buy the book, which I instantly devoured.

Similarly purchase-inducing is Gilbert’s A Good Read, a program in which she invites two notable guests—they are often British personalities—to share one of their favorite books and Gilbert does the same. Gilbert and the guests then discuss the books, which they all read in advance of the show. Suffice it to say, people have different tastes, and a single episode can feature a discussion of The Brothers Karamazov, Travels With Charley and an obscure bit of a genre fiction from post-war England. The conversation is always lively and Gilbert handles any disagreements, which are frequent, with her usual aplomb.

Moving back to this side of the Atlantic, I encourage you to try Other Ppl hosted by California author Brad Listi. For over 400 episodes, Listi has invited authors known and unknown to talk about their most recent book. What ends up happening is as much exploration as conversation. Listi discusses the writer’s biography, the writing process, inspiration and everything in between. His unscripted approach is akin to that of the many comedians who host podcasts. The recent discussion with Roxane Gay belongs in a time capsule.

If Harriett Gilbert has an analog in the United States it may very well be Garrison Keillor. The public radio stalwart is also the host of The Writer’s Almanac, which is updated every day. At around five minutes long, Keillor discusses the day in literary history and reads an excerpt from a poem. With his unmistakable upper Midwestern tone, Keillor is the perfect way to start the day.

Some of the most popular podcasts feature longform journalism, emphasizing narrative structure—Serial and Revisionist History are but two prominent examples. It seems only a matter of time before some well-known novelists set their sights on podcasts and begin shaping them to suit their imaginations. Ponder for a moment what Neil Gaiman might do if he were to focus his immense talents on audio only. The story-telling possibilities are endless.