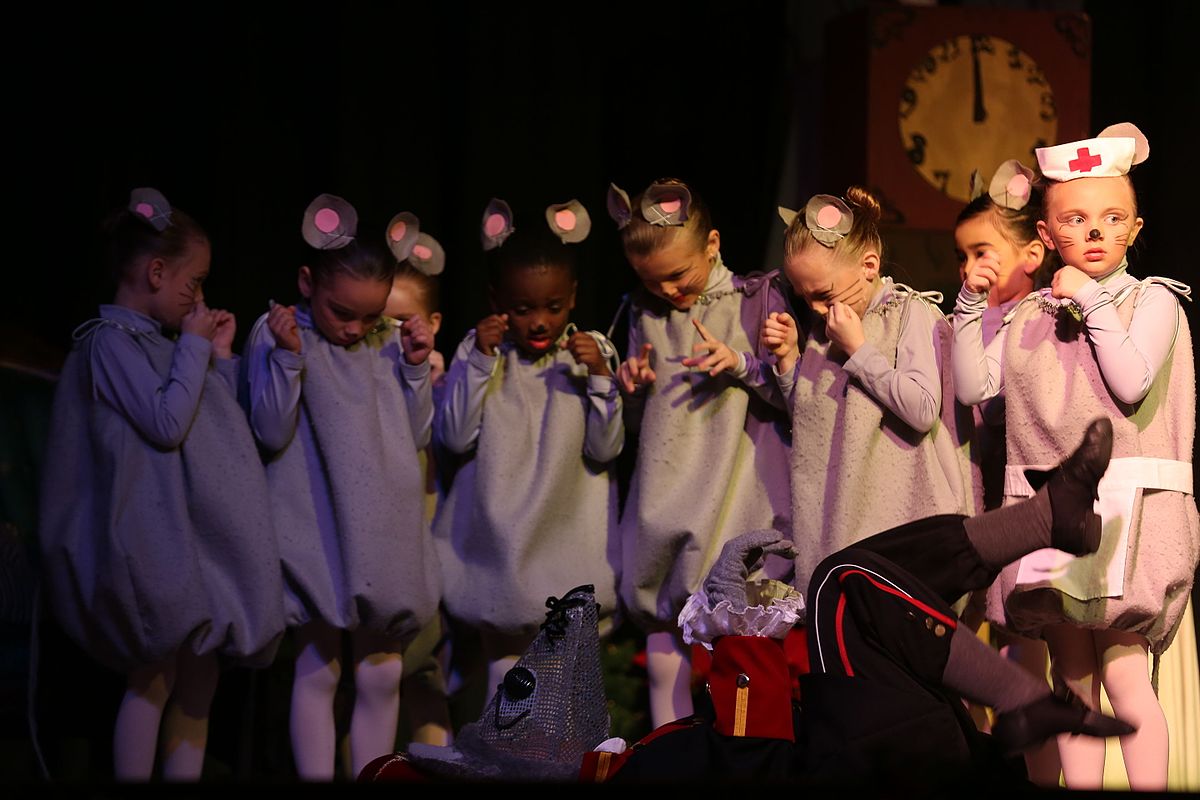 Between the ages of eight and eighteen, I danced in over one hundred performances of The Nutcracker. I’ve aided King Rat as a mouse, waltzed as a flower, and pulled my actual sister’s hair as a wig-clad lad in the party scene. I’ve portrayed a jester, an orchid, a horse, and a cavalry-on-a-felt-horse, all to bring E.T.A Hoffmann’s tale to life again and again. My mother and father often played parents in the party scene—why not participate when waiting on daughters at rehearsal?—which put Nutcracker at the center of our holiday season. If we were too busy for Christmas, at least we were reconstituted on the stage as a family, having Christmas as a nineteenth century German family.

Now, a decade out from my dancing career, I’ve carried The Nutcracker into my writing life. It’s become my grown-up tradition to look back in snark (“How the Nutcracker Wrecked My Christmas”) or with sincerity (“To All The Young Women Never Cast As Clara”). Recently I joke tweeted “What The Nutcracker’s Battle With the Rat King Taught Us About Trump Resistance,” as if I were writing that piece. I’m not. Last week, I traveled to Boston to watch my sister perform in her nineteenth year of Nutcracker, and the next day we sat in the Massachusetts State House, watching the state’s electors vote for Hillary Clinton. It seemed that Hoffmann’s tale had nothing to with 2016, and that issued a challenge. (Except for the fact that my sister danced the role of Mouse Queen, which meant that the usual rodent-patriarchal-monarchy had been supplanted by a woman).

I turned to the text itself. Never in my Nutcracker-saturated years had I actually read Hoffmann’s tale “The Nutcracker and The Mouse King.” I dug into the Penguin Classics edition of Nutcracker and Mouse King and The Tale of the Nutcracker, which contains both Hoffmann’s 1816 original and Alexandre Dumas’s 1845 retelling and features an introduction by German scholar Jack Zipes. I was struck by Zipes’s depiction of the story’s young heroine, Clara/Marie:

Hoffman positions Marie as the learner, who grasps that she must use her imagination to see the world as it really is … From the point of view of Marie’s parents and her brother, Fritz, and sister Luise, she is delirious and talks nonsense. But Drosselmeier sees Marie differently: he is struck by the way that she associates her visions and imaginings with the world around her and how she combines them to enrich her daily existence.

In the ballet, after the party comes the dream scene, where Marie wakes from her slumber to check on her beloved, wounded Nutcracker doll. Here, stage direction often dictates that the Christmas tree and grandfather clock grow, dwarfing Marie as the mice prepare for battle. During this scene, the party has cleared, and Marie’s parents have gone to bed. Only Marie and her uncle Drosselmeier are witness to this shifting of reality. In Hoffmann’s tale, the family closet also grows and offers a portal to the Kingdom of the Dolls:

Marie was astonished to see that the doors of this closet, normally shut, were now wide open, so that she clearly made out her father’s traveling fox fur, which hung in front. Nutcracker very deftly climbed up the ridges and adornments so that he could get hold of the enormous tassel, which, fastened by a thick cord, hung on the back of that fur. When Nutcracker pulled hard on the tassel, a very delicate cedar stairway quickly dropped through the fur sleeve. ‘Please go up, dearest demoiselle,’ cried Nutcracker. Marie did so, but scarcely had she gone up through the sleeve, scarcely had she peered out of the collar, than a blinding light shone toward her. All at once, she found herself on a marvelously fragrant meadow, from which millions of sparks arose like blinking gems.

Marie’s family drawing room transports her to another land. Her parents entertain there and then go to bed. But for our young heroine, the Christmas tree, clock, and closet become a portal to another land: the land of calvary, jesters, and dancing sugar plums. As we look to bolt from the nightmare of 2016, let us keep young Marie in mind. She looked to her surroundings and dreamed past them. She believed that a tree could grow and that a wooden Nutcracker could spring to life. Let us believe that the world can be otherwise, as young Marie does.