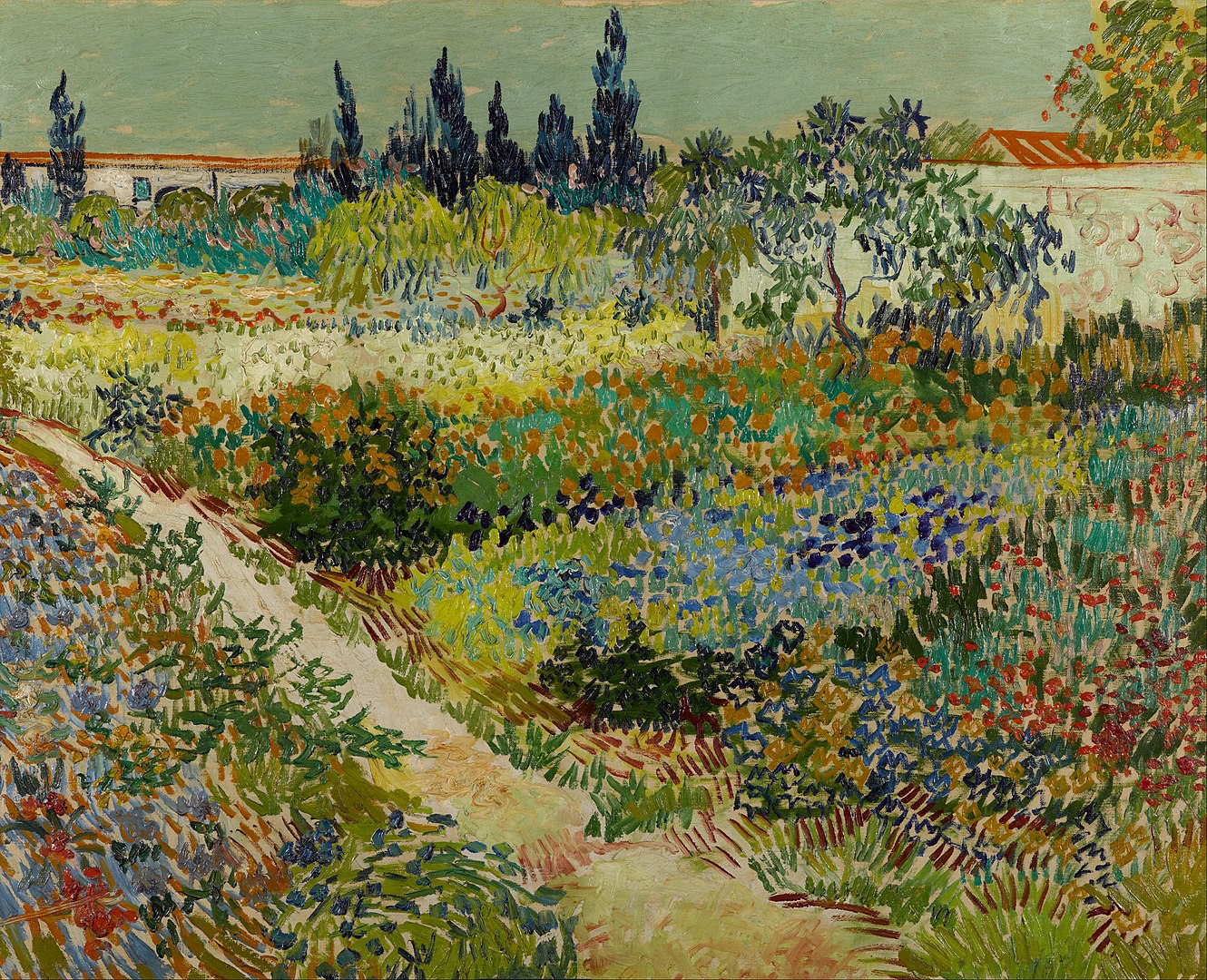 There are no bees in the gardens of Louise Glück’s 1992 Pulitzer-winning collection The Wild Iris. Nothing to pollinate and propagate the species—and yet there are hints of cycles and transformation: time sprawling from “earliest spring” to “end of August,” tableaux of the gardener and her companion planting rows of peas. Is it all an illusion though? In one of the “Matins” poems, the gardener asks, “You want to know how I spend my time? / I walk the front lawn, pretending / to be weeding.” She is instead, in fact, “looking for courage, for some evidence / [her] life will change”—but whether that happens is left up to us. Are the changes in The Wild Iris so minute and cyclical they have no impact? Or should we consider things from a long-term perspective—slow, almost geological?

“You poor / idea of heaven: absence / of change. Better than earth?” ask the field flowers in a later poem. It feels like the gardener, faced with the monumental task of taking care of the garden with which she has been entrusted, cannot come to terms with what she truly desires: an eternity of permanence, or the earthly cycles of metamorphoses. The poems thus sit nestled in the junction between immanence and transcendence, what is within and what is beyond, as they seek out the divine. Turns out the divine is everywhere around us; turns out it’s not that simple. Toward the middle of the book, a poem spoken by another flower, the Jacob’s ladder, points to these articulations of eternity and transience: “Trapped in the earth, / wouldn’t you too want to go / to heaven?” And then, the close: “Never / to leave the world! Is this / not what your tears mean?”

Meanings shift ceaselessly as in a kind of fluid cubism that weaves in and out of different perspectives—the same object, life, seen from the ground up, from heaven down, and from that befuddling and befuddled middle point of the human. “The extremes are easy. Only / the middle is a puzzle. Midsummer – / everything is possible,” says the gardener in “Heaven and Earth”—and this is only half-true, for no one can quite agree on what each extreme means and the breadth of possibilities implies that the border between heaven and earth may be once again blurred. In her 1994 essay collection Proofs and Theories, Glück writes, “The impulse of our century has been to substitute earth for god as an object of reverence. This seems an implicit rejection of the eternal. But the religious mind, with its hunger for meaning and disposition to awe, its craving for the path, the continuum, the unbroken line, for what is final, immutable, cannot sustain itself on matter and natural process.” While her resolute orientation toward an almost-apocalyptic finality still motivates much of the gardener’s musings and prayers (the names of “Matins” and “Vespers” come from morning and evening prayers), she herself cannot escape the pull of the terrestrial, as evidenced by the almost-erotic descriptions of the material worlds of garden and body: “Like all images, these were the conditions of a pact: / on your cheek, tremor of sunlight, / my finger pressing your lips” (“Presque Isle”).

Earthly and ethereal at once, precise in its invocation of material life, be it plant or human, and fluid in its attempt to grasp the spiritual dimensions of life, the language of The Wild Iris attests to Glück’s talent in drawing out complex nuances of meaning without resorting to lyrical ornamentation. Glück’s eye is attentive to the minute detail, the tremor of things: the evocation of the pact in “Presque Isle” is followed by: “The walls blue-white; paint from the low bureau flaking a little.” Superimposed on this tremor is the permanent awe that comes with being attuned to the divine, in conversation with it—or more accurately, in a monologue with it. One of the later “Vespers” poems articulates the anguish that comes with not understanding why: “I know what you planned, what you meant to do, teaching me / to love the world, making it impossible / to turn away completely, to shut it out completely ever again,” the gardener says. But she then asks the Christ-like question:

why would you wound me, why would you want me
desolate in the end, unless you wanted me so starved for hope
I would refuse to see that finally
nothing was left to me, and would believe instead
in the end you were left to me.

Another illusion, another pretension—even the divine seems to require the comfort of human life clinging onto it instead of coming to terms with the nothingness of the end.

The gardens that compose The Wild Iris feel at times too beautiful, too lush, to be real, if reality means possessing a terrestrial existence. But they are not exactly Edens: they are not in nor of heaven—at least not the heaven the gardener imagines. They are resolutely set apart from her, remote yet intimate: “How lush the world is, / how full of things that don’t belong to me.” The polyphony of the collection multiplies the difficulty in achieving any one unified image of what heaven could look like: three voices alternate, at times overlapping—the gardener, the plants, and what could be called God, for lack of a better word. This is another idea nestled within the collection: our imperfect language can only grasp at naming transcendence, but all words eventually miss the mark. What to do then? Spend time with your hands in the dirt. Look at all the flowers. Stand in the garden, however fallen it may be.