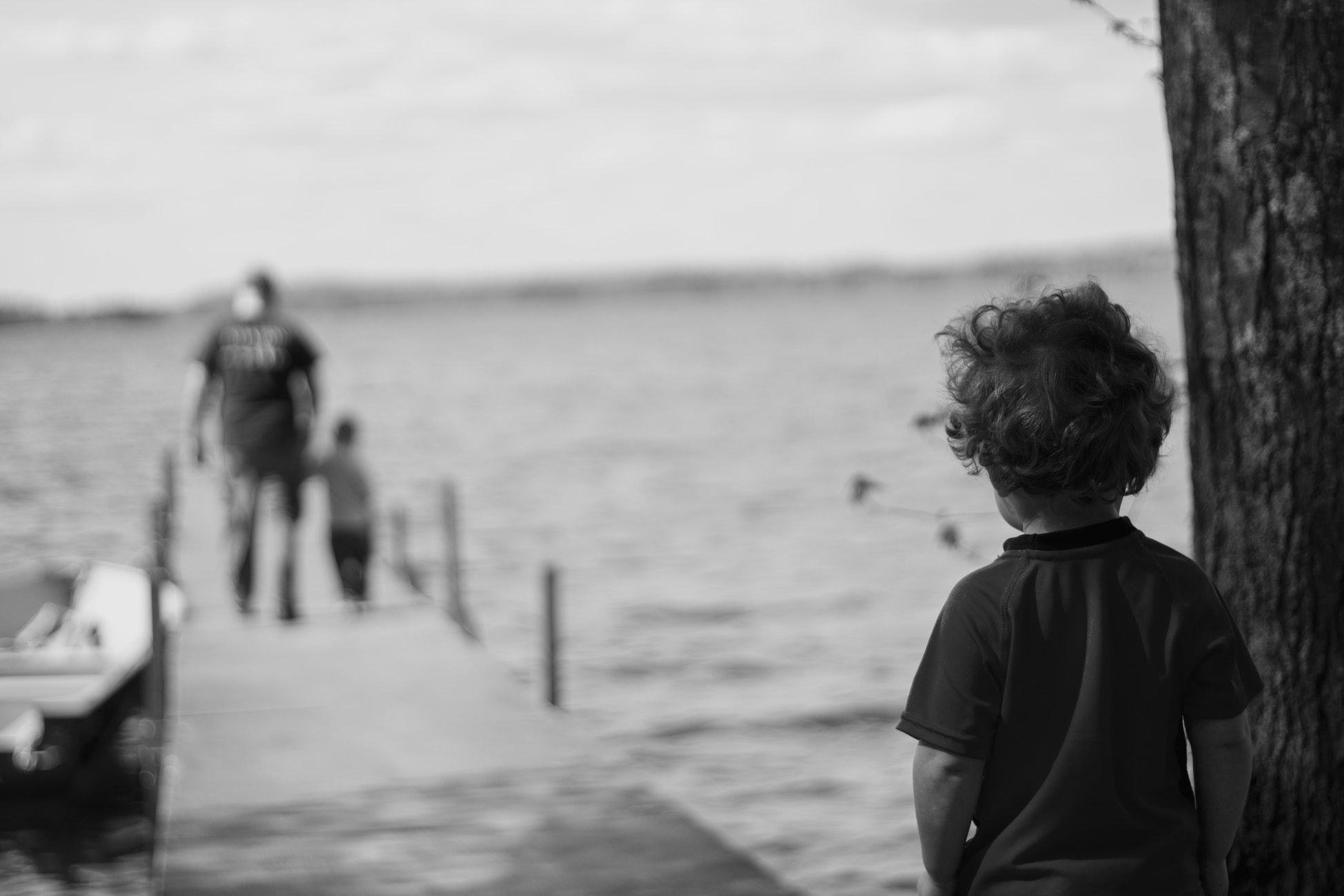 When I was sixteen, the preeminent American playwright Edward Albee—a hero of mine—came to my high school creative writing class, sat down on one of those sad little metal and plastic chairs, and submitted himself to my interview questions.

I remember his body language—tense and restless. I remember that he treated me like a grown up. Albee believed deeply in education. He thought theatre’s job was to teach us something, and he carried that mission into other aspects of his life, like his exacting presence as a director, his occasional stints as an instructor, and his foundation, which still offers time, space, and quiet to artists and writers in Montauk, New York where Albee lived and where he died in 2016.

Albee, it turns out, had an odd affection for my hometown. He came out publicly against Cincinnati’s infamous censorship of a Mapplethorpe exhibit in 1990 while simultaneously committing to its budding theatre scene in the early-to-mid ’90s by choosing to direct several of his plays at the Ensemble Theatre of Cincinnati. It’s also worth mentioning that his grandfather built a magnificent movie theater called the Albee right on Fountain Square in 1927.

He was directing the premiere of his play Fragments at the Ensemble Theatre when he was asked to speak to a few of us at the School for Creative and Performing Arts a few streets away in Over-the-Rhine. I was chosen to interview him for our school newspaper The Grapevine, maybe because I was such a vocal fan, such a passionate Albee devotee ever since I first read The Zoo Story and wished I was a teenage boy so I could play Jerry and say as I was dying, “And now I’ll tell you what happened at the zoo. I think…I think this is what happened at the zoo…I think.”

Edward Albee’s one-act play The Zoo Story is produced by high school theatre groups so often we’ve perhaps come to associate it with the passionate mood swings of adolescence. The play’s main character Jerry is, after all, an outcast, a rebel, a guy who, in a manner of speaking, wears his heart on his sleeve and a “people shooting hat” on his head (to quote another literary hero of my younger years, J.D. Salinger). We may come to believe The Zoo Story is about what happens when we refuse to put aside our youthful feelings to transition into adulthood and what happens when we refuse to acknowledge our feelings once in adulthood. What better lesson can a teenager learn, posed as they are between childhood and enfranchisement? Edward Albee saw adulthood as a delicate balance between ardent expression and necessary repression. Not coincidentally, “delicate balance” is the name of one of his plays and a thesis he advances in The Zoo Story—in support of which he coins “the teaching emotion,” or kindness and cruelty working in tandem to show us the limitations of our humanity.

At its heart, The Zoo Story is about a failure to communicate. Jerry, one of the play’s two characters, is erratic, passionate, and strange—a counter-cultural outcast whose attempt to connect with a straight, white, middle-class guy (Peter) on a bench in Central Park leads to his death. He’s a stand-in for the playwright himself, peaking Peter’s interest with the promise of something he calls “the zoo story”—which is really a bait-and-switch or, more precisely, an overarching metaphor for human behavior. Jerry proceeds to misdirect Peter, to fluctuate wildly between small talk and emotionally-wrought personal disclosure that seems desperate, unhinged, objectionable. The heart of the play is actually “THE STORY OF JERRY AND THE DOG”—Jerry’s narrative about his attempts to connect with his landlady’s dog or, rather, stop it from menacing him every time he steps into his apartment building. Jerry tells Peter, “I decided: First, I’ll kill the dog with kindness, and if that doesn’t work…I’ll just kill him.” After bribing the dog with hamburgers as a peace offering, then poisoning a hamburger because the initial peace offering failed, Jerry finds that he and the dog have come to “an understanding.” He says, “It’s sad, but you’ll have to admit that it is an understanding. We had made many attempts at contact, and we had failed.” Jerry believes he and the dog have abandoned passion of any kind—whether loathing or love—and succumbed instead to numb acceptance which, according to Jerry, is a kind of loss. “THE STORY OF JERRY AND THE DOG” is, of course, a parable—a modern one for modern times as they are, or as Albee saw them in 1958—rife with a zombified middle class, homophobia, racism, orphaned souls looking for anchorage and finding only loose sand. Jerry, after his experiment with the dog, has come to a conclusion—a sort of thesis he probes again in his interactions with Peter, described this way:

Albee’s The Zoo Story asks whether polite misdirection is cruel or kind, finally settling on the belief that it’s both. Tricks of illusion that disguise hard realities are short term fixes to long-standing problems; they only delay future blowups, blowouts, and breakdowns.

As a parent in early middle-age, long past the emotional tumult of my teenage years, Albee’s “teaching emotion” continues to reveal itself, to redefine and redress itself to me. From the initial mad rush of hormones after my first child’s birth to a delicate equilibrium months, even years later, I’ve come to understand that if one is to survive parenthood, one cannot separate cruelty from kindness as one separates peas from carrots in a kid’s lunchtime bento box. Eventually the orange and the green mingle in an inevitable shifting of contents. We feel it in those messy, unresolvable conversations we have on the way to school or work, over dinner, that fold love and viciousness together indiscriminately. In other words, every day I learn that I hurt because I love and I love because I hurt. I try to strike a delicate balance between expression and suppression, and I become every day more conscious of loss.

What remains is the ambiguous space between endeavoring to achieve “the teaching emotion” and pushing back against it. “The teaching emotion” is the mature acceptance of societal norms; it’s the brain’s physiological maturation as well as an emotional one. It’s necessary for living in the world as Albee sees it, but what one loses in gaining “the teaching emotion” is profound. For example, “the zoo story” in The Zoo Story operates as a placeholder for paralyzing modern culture. Contemporary zoos believe their institutions are necessary to protect animals from poaching and habitat degradation and necessary to teach humans something about animals; there are, however, the cruel circumstances of their captivity. This double bind is instructive and also rife with deep loss.

But while the ability to hold two ideas in my head at once has always meant to me my own progress toward intellectual maturity, increasingly, ambiguity seems ineffectual. After all, ambiguity doesn’t get the real work done. Ambiguity doesn’t stop the planet’s destruction. Ambiguity doesn’t punish the sex offender or equalize economic disparity. What role, then, does ambiguity play? What does it teach us? Albee believed it reveals the inherent absurdity of our existence and language’s failure to express the fullness of our experiences.

I don’t remember much about the fifteen, maybe twenty minutes I spent alone with Edward Albee. I remember the room, of course, the view out the window of Over-the-Rhine’s cluster of rust-colored buildings, sky above, Sycamore Street below.

I’m pretty sure I asked him if he had any advice for young playwrights and I’m pretty sure he offered me some, though I don’t remember what it was. I do know that if you watch footage of his interviews you’ll see it—that exacting approach to language, his severe gaze, his humor and his generosity. Albee didn’t compromise. Albee was a fervent believer in high art. Albee thought all TV is trash. Albee believed that waking people up was cruel but also kind. Albee believed one should fully participate in life, even if it’s painful—especially if it’s painful.