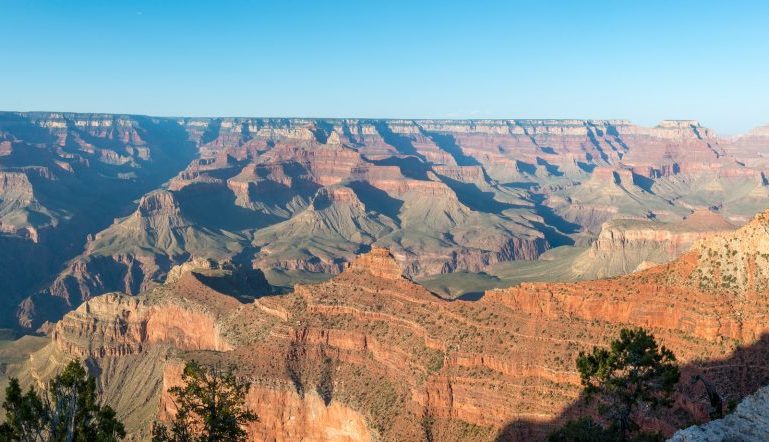 Born in 1877 and trained in forestry and game management, Aldo Leopold is the grandfather of American land conservation and wilderness protection. Initially, he worked for the US Forest Service and helped to establish the first protected wilderness area in the United States in the Gila National Forest in 1922. Later, he became a prolific writer, producing work in many genres. Most notably, he sought to translate his scientific knowledge into a book of essays for a lay audience, illustrating what he called the “land-ethic,” the importance of cultivating a sense of belonging between humans and the land. The foreword to this well-known book, A Sand County Almanac (1948) begins, “There are some who can live without wild things, and some who cannot. These essays are the delights and dilemmas of one who cannot.”

I could not live without wild things either, and, at twenty-three, became a ranger at Grand Canyon National Park. I learned that while hiking from the canyon’s south rim to the Colorado River, one passes through many plant and animal communities, or biomes, which each have specific characteristics. Because of its extreme depth, the Grand Canyon includes more biomes than most other places on earth. The rim, at seven thousand feet, is a forest biome, and below it dwell the animals and plants of the high desert, then the low desert. The river is yet another zone—of riparian plants and animals. Hiking down is like descending a staircase with many landings. But these landings aren’t necessarily discrete. In Leopold’s Game Management, published in 1933, he pointed out the overlapping zones between biomes and coined the term “edge effect.” He found that species living at the intersection of two biomes—the ecotone—adapt to both biomes: “We do not understand the reason for all of these edge-effects,” he writes, “but in those cases where we can guess the reason, it usually harks back either to the desirability of simultaneous access to more than one environmental type, or the greater richness of border vegetation, or both.” These super-adaptive organisms are now called “edge species” (italics Leopold’s).

Hiking the canyon, it occurred to me that I, too, dwelled in what Leopold might call an “edge.” Since I was born into one family and grew up in another, maybe I was an edge species. All my life I had lived in those two ecosystems: that of the family I was adopted into, and that of my family of origin—the phantom birth family that existed only in peripheries of my imagination. Where my two families overlapped was my realm: I navigated both of their worlds, but no one in either family was wholly of my world. Therein lay the tension, the tone, of my situation as an adopted person. But what did that say about me—did I belong in any one place, to any particular family?

When I worked as a ranger at the Grand Canyon’s south rim, I spent every spare moment exploring its depths, each trail offering new insights into the canyon’s geological history. I gradually began to understand that the many smaller side-canyons together formed one improbably large entity, a world unto itself. Hiking within it gave me a sensation I came to call “That Expansive Canyon Feeling”; the vast panoramas, multi-hued rock, and sparse vegetation always calmed me, made me feel like everything was as it should be, as if it was claiming me as one of its own. I came to feel that the canyon’s shape was the “V” of open arms welcoming me home, its curves encircling the daughter who was lost and could, possibly, be found.

I was born in Denver in 1967 to a teenaged mother who placed me for adoption. When I was one day old, I was put into foster care; three weeks later, a new family adopted me. In those days, “closed adoption,” in which the birth parents and the adoptive parents both agree to anonymity, each signing away their rights to find out who the other party is, was the norm. This, the thinking went, allowed the birth mother to move on with her life, leaving behind the terrible tragedy of unintended pregnancy. It allowed the adoptive parents to pretend that there was no other mother, no other family to whom their baby belonged; it would also bring comfort, assuring them that no birth parents would seek adoptive parents out, demanding that their baby be returned.

Adoptive parents like mine had been told that as long as they treated their adopted babies as their own children, which mine certainly did, everyone would be happy. There was no acknowledgment that, although an adopted child was loved by her adoptive parents, she still might bear invisible wounds from the initial separation from her biological parents, and that those wounds needed to be tended. Like most people involved with closed adoptions at the time, my adoptive parents didn’t know about the adoption research that shows babies experience psychological trauma when they are separated from their mothers at an early age, and how those babies may grow into children who feel that they don’t belong, that they have been abandoned, that there is something intrinsically wrong with them. As adoption researcher and psychologist Nancy Verrier explains in her book The Primal Wound,

Many doctors and psychologists now understand that bonding doesn’t begin at birth, but is a continuum of physiological, psychological and spiritual events which begin in utero and continue throughout the postnatal bonding period. When this natural evolution is interrupted by a postnatal separation from the biological mother, the resultant experience of abandonment and loss is indelibly imprinted upon the unconscious minds of these children.

My personal experience as a young adult was that in moments of self-doubt or loneliness, I envisioned myself as a baby, curled in the fetal position, floating throughout the dark space and twinkling stars of the universe with my umbilicus threading out from my belly, connected to nothing. Who was I? To whom did I belong? And what was so wrong with me that I had been “given away”?

A tipping point came when I suddenly became very ill: every joint in my body began to hurt when I was only twenty years old. I barely had enough energy to feed myself. A rheumatologist concluded I had some kind of inflammatory disease similar to lupus or rheumatoid arthritis, but not diagnosable as either one. Suddenly, the possible existence of my birth parents became important. For the first time in my life, I had a tangible reason to find out something about my biological parents: I needed to obtain their medical history to see if there were any clues to what was wrong with me. I decided I would try to find a connecting place for the raw end of that cord, to draw that baby back down to earth. Like a preschooler trailing a helium-filled balloon, I grasped my baby-self by her string and began walking through the landscape thinking about what it would mean to seek and find my birth parents.

And so I began to search. In accordance with Colorado’s adoption laws, my original birth certificate was “sealed,” and an amended one was issued. The amended birth certificate declared that I had been born at “Hospital” and delivered by “Doctor,” further encrypting my origins. Moreover, the name of the woman who had given birth to me was removed from the document, and the names of my adoptive parents were inserted in her place. Reading this amended document made me feel anonymous, as if I hadn’t been born at all. I was an edge species, in that overlapping zone between two families, searching for “simultaneous access,” for the “greater richness” of self that knowing my biological family might bring.

In the Grand Canyon, the process of exploring trails was akin to searching for the family I had lost at birth. Hiking down the Tanner trail, I looked out at the sandstone and limestone buttes, delighting in the fact that I knew their names, and that I had climbed them before. Someone long ago named them after eastern gods and called them “temples”: Zoroaster, Shiva, Brahma, Vishnu.

When I was thirty-three I found my birth mother and her two children, my half-sister and half-brother. A few years later, I found my birth father and his two sons, two more half-brothers. And so my ecotone changed:  the inhabitants of my “edge” tripled in size. And later, when I married and had a child of my own, my edge grew even more. This was my family. My life was thick with edge effect. Our biomes overlapped in ways I was just beginning to understand.

Leopold tells us that the edges of ecotones are rich in diversity; they are also more dangerous for their residents because they are out of their element, vulnerable to the forces of nature. But what if, instead of viewing those edges as places of tension, conflict, and jeopardy, we could see them as stepping-stones, as boulders we could use to hop from one world to the other? What would we find? Could we create a continuous procession of life zones, with permeable and all-encompassing edges? In Leopold’s essay, “Thinking Like a Mountain,” he writes:

We all strive for safety, prosperity, comfort, long life… The deer strives with his supple legs… but it all comes to the same thing: peace in our time.  A measure of success in this is all well enough, … but too much safety seems to yield only danger in the long run. Perhaps this is behind Thoreau’s dictum: In wildness is the salvation of the world.

Back on the Tanner trail, as my gaze swept across the panoramic landscape of buttes and temples and cliffs, for a moment it seemed I could see the ragged edge of each landform converging in the wavy air of the summer heat. Perhaps, as Rumi wrote, those wounded, vulnerable places would become the “places where The Light enters.”