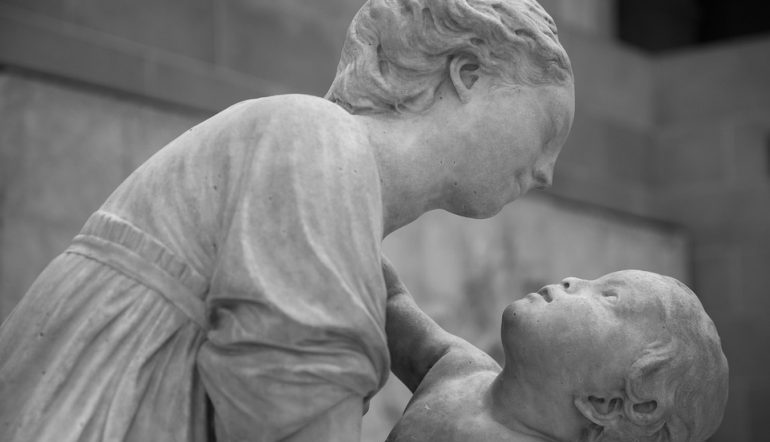 For Elena Ferrante, flesh consists of blood and hormones, tissues and cells, but also culture, creed, and ideology. Her women characters, living in 1950s Naples and the implicit, daily violence its gender norms entails, experience their femininity as a series of symptoms—lack of autonomy, systemic invisibility and matter-of-fact brutality—that alter their bodies’ terrains. Their gender identity, in short, functions as a kind chronic condition. In corporeal and metaphysical terms, Ferrante’s girls and women are made porous and penetrable, pervious and vulnerable, in ways that raise questions regarding the contemporary status of a woman’s body, and the modes of resistance we might fashion in changing its position.

On March 28 in Belfast, Northern Ireland, two rugby players were acquitted of rape. The jury read the men’s texts from the day following the assault, which described what they had done, as well as the victim’s texts to her friends, which described the aftermath of the crime. The jurors deliberated for less than four hours. The result was unanimous: not guilty.

Hearing the verdict, I felt the usual sickness and sadness, but I didn’t feel surprised. Much to my distaste, I didn’t even feel especially angry. No woman I’d speak to that day and in the days to follow would report feeling surprised, and few had the energy to spit the necessary venom. Surprise, after all, is the body registering something unexpected, and this verdict was unremarkable. Anger is a wakeful feeling, and many of us are exhausted. It occurred to me, not for the first time but never before quite so clearly, how feeling shocked and outraged with the actual frequency warranted puts an unfair and dangerously unsustainable stress on the body.

On May 25, the Republic of Ireland will hold a referendum deciding whether abortion should be legalized, and perhaps it’s the proximity of these two events—a rape victim failed by the government, women’s access to healthcare deliberated—that makes varied methods of resistance to the inconsequential status of women’s bodies seem pressing.

In lieu of shock and outrage and the particular energy they instill, the caliber of action they generate, is there another emotive place we can act from? Is there a place that will allow us to remain vigilant while ensuring our capacity for resistance doesn’t fall away? The women of Ferrante’s Neapolitan Quartet face this same dilemma: how can they resist the status ascribed to their flesh while managing the toll this resistance takes on their bodies?

At the beginning of the quartet, Elena Greco learns her childhood friend Lila Cerullo has disappeared. Elena then begins to recount their relationship, starting in their childhood, and over the course of the four novels, My Brilliant Friend, The Story of a New Name, Those Who Leave & Those Who Stay and The Story of a Lost Child, we see their friendship intensify and dissipate as they fall in love, become wives and mothers, embark on careers and experience political awakenings.

How many who had been girls with us were no longer alive, had disappeared from the face of the earth because of illness, because their nervous systems had been unable to endure the sandpaper of torments, because their blood had been spilled?

Their femininity, in short, is something they must undergo, and Ferrante renders this undergoing as a series of literal transformations: at those moments where girls and women encounter some iteration of dogma, when they first experience marital sex, for example, or when they become pregnant, they are physically altered. Following her marriage and the violent loss of her virginity in The Story of a New Name, we read that Lila “wanted to tear off her condition of wife.” Later, along with the other girls in the neighborhood, it will seem as though her insides have dematerialized only to be poorly reassembled. We learn that “her entire body seemed to me broader and flatter,” and that “it was as if the bones of her face had become larger, her eyes smaller, and under the skin blood no longer circulated but an opaque liquid.”

In The Second Body, novelist and historian Daisy Hildyard describes Lila’s trauma upon realizing this bodily truth, namely that persons are dissolvable, and that, while this truth extends to male bodies, it has different reverberations for women, whose corporeal shifts are induced by facts of daily life: “When did the transformations begin?” Elena wonders. “With housework? With pregnancies? With beatings?”

Though questions of systemic misogyny and resistance are largely unspoken, their urgency is keenly intuited. Lila is especially driven by a state of surveillance that Ferrante describes in Frantumaglia: A Writer’s Journey, writing that the “female body has learned the need to watch over itself, to take care of its own expansion, its own vigor.” We can see Lila perform this surveillance when she realizes her husband has, against her will, agreed for her wedding portrait to be displayed in the Solaras’ shoe shop. She tells Elena: “If they want to display it, they have to do it the way I say,” following which:

she cut strips of black paper […] and pinned them here and there to the photograph. […] The body of the bride Lila appeared cruelly shredded. Much of the head had disappeared, as had the stomach. There remained an eye, the hand on which the chin rested, the brilliant stain of the mouth, the diagonal stripe of the bust, the line of the crossed legs, the shoes.

Alert to how her body functions in space and how others seek to employ it, this is only one instance in which Lila forges a rupture in the discourse surrounding her, defying expectation and forcing reconsideration. Ferrante describes this effort of remaining vigilant as recovering “the desire for wakefulness,” and for a long time I thought this desire was innate to Lila’s very flesh. Upon further readings, however, it seems more that, at such times as turning her portrait into a startling collage, she is creating for herself sensations and circumstances to be desirous of. Lila brings into existence something she can then pursue with unrelenting intensity, and creates for herself glimpses of what that desire’s fulfillment might look like. Even if these glimpses are fleeting and ephemeral, even if their emergence is violent, they have nonetheless come into the world.

In rendering divergent passions that she can then move toward, Lila poses a means of altering the condition of a woman’s body. For Ferrante’s girls and women, oppression has proven an embodied process, and its undoing must unfold in similar terms: symptoms of broadening and flattening, of opacity and hollowing, must be answered by “an emotional tendency of the whole body, an expansion and an inflorescence on and around it.”

Can we extract something from this model of acting from desire rather than duty in sustaining resistance, in maintaining and nurturing the desire to stay awake, knowing the hurt wakefulness entails? Can we utilize this sense of “a swelling wave all over” in which “every sense is affectionately active” as a place to work from, and what would such a state mean for activism? I like to think it means the body is replenished even as it endures, and that while it allows you to maintain something resembling resilience, it also allows you remember you are alive, and that some temporarily hidden part of you is flourishing.