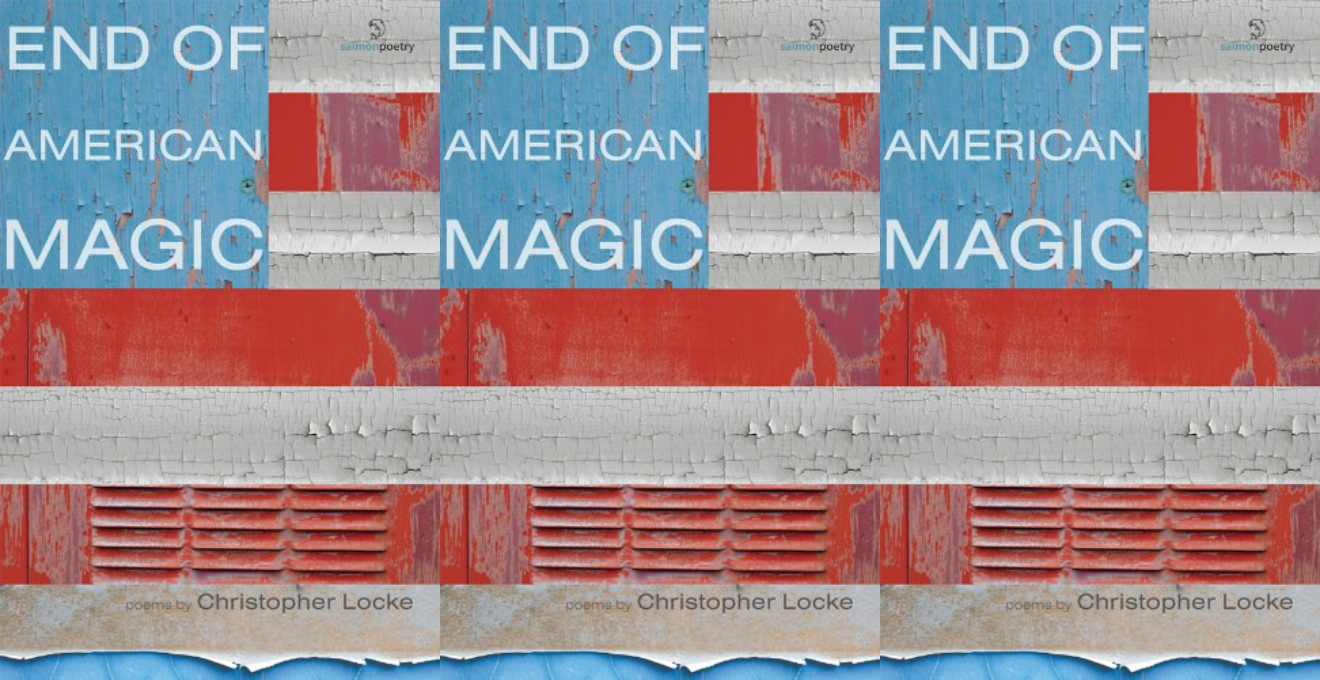 Arthur Miller may have pronounced the American Dream dead in Death of a Salesman, but Christopher Locke’s new book of poetry, End of American Magic, implies such a pessimistic assessment isn’t wholly accurate.  Like Miller, Locke puts the reader on the rock bottom of the American Dream, where success is defined, unambitiously, as a habit kicked or a suicide not attempted, and where the real aim in life is to quit pretending.  Also like Miller, Locke gives us work that is desperate and difficult to watch unfold—but in it we also find the hope and grit of the beleaguered.

The title poem opens in a willful rut, in which the second-person protagonist is constrained by his own apathy:

You
don’t rise to curse the sink,
water dripping like coins
plunked one at a time.

It isn’t until we reach a turn mid-poem that we begin to understand the apathy as opportunity:

No, you rise
because your brother could not,
two years drowning in the country
of methadone, privately
deconstructing himself one
mouthful at a time…

Appreciation for what’s left, rather than ambition, is what drives the protagonist, and the poem ends on a quintessentially American note, with Locke’s “you” witnessing “three glossy / ibis silently passing…”—a type of bird he and his daughters just recently learned about from the pages of Audubon, the great American ornithologist and illustrator.  These last lines gesture toward returning to a beginning, to a time when the country—and the self—were still being defined.

Though the book begins in a dire place, it follows a similar trajectory to that title poem, slowly moving into a sunnier realm both figuratively and literally.  The last third of the book is reflective and open. “The Unsorrowing” positions the speaker further up from the bottom: “The condemned man wishes / we were jealous of him…” But the speaker details that condemned man’s situation with empathy and understanding, as if he was once in the same cell:

Only he
understands the oscillation
of one heart moving, desperate
as a fish rising in the net, as a
noose unribboning beneath
the death chamber’s pale
fluorescent hum.

This collection is entirely in free verse and varies little in structure. But while not particularly innovative from a technical standpoint, Locke’s poems are impressive because they take us to places we don’t want to go and manage to bring us back both safely and all the better for it. The collection is about the journey up from nothing; perhaps this isn’t the end of any American magic—or American illusions—after all.