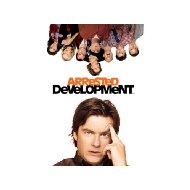 You’ve felt it before—that sinking feeling a writer gets when the project she’s been working on for months or years doesn’t meet her expectations. Your latest novel or short story doesn’t have cohesion despite your repeated attempts. You don’t get into the MFA program of your choice, or any program at all. An admired agent or editor passes on your manuscript. Your first book receives mediocre reviews. The list goes on; as writers, we’ve chosen a life filled with the constant risk of heartbreak. But there is good news! The mark of a good writer is not how well we avoid failure, but how well we weather it.

When I’m working through a season of disappointment, I try to remind myself that setbacks aren’t always detriments to success. Consider Mitch Hurwitz, the creator of “Arrested Development.” Despite its critical acclaim, the show was cancelled after three seasons due to low ratings. Seven years passed, and with the advent of online streaming, “Arrested Development” was given a second life and a new fan base. When Netflix started producing its own independent television series, Hurwitz finally had a better platform to tell the rest of the Bluth family’s story the way he envisioned it. After an almost decade-long hiatus, Season Four is now available to view.

Or how about Dan Harmon? His show “Community” has struggled to find its niche, despite its clever comedy and witty satire. What I love about this show is its adherence to a singular, quirky vision, one that belongs to Harmon. But after three seasons, Harmon was asked to leave his own sitcom. We don’t know the whole story behind his exit, but can you imagine it? The devastation of being asked to abandon your own creation? As many fans expected, the fourth season floundered without him, and he was recently asked to return for the fifth. The lesson here is at first frightening, then comforting. It’s not uncommon to watch your own artistic vision die right in front of you. But sometimes, that artistic vision can come back to life. 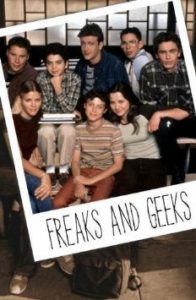 Other times, things never come around. Paul Feig was the creator of an incredible one-season series called “Freaks and Geeks,” a show that never found its footing in the network line-up before it got cancelled. After its premature ending, Feig went on to succeed in other artistic endeavors, including the recent films “Bridesmaids” and “The Heat.” Think of all we’d have missed out on if Feig had let a cancellation pull him from the game for good.

Artistic disappointment is less about failure and more about fear. What if that was my only shot and I blew it? It’s important to recognize that time spent during periods of artistic disappointment can be either fertile or futile. When I’m wrestling with a particular setback, all I want to do is curl up on the couch and watch “30 Rock” reruns. And sometimes, I do. But if I give myself a steady diet of escapism, I’m only feeding my own disappointment instead of processing it. So what to do?

The answer lies in finding the strength to begin again. A couple of years ago, I taught a rigorous expository writing course at Rutgers University to college freshmen. When I met with my students about their final grades at the end of the semester, the toughest news to deliver was to those students who had attended every class and had worked very hard, but hadn’t yet met the standard of collegiate writing. When I shared the news, they weren’t angry with me for not passing them. They were disappointed in themselves. I know the paralysis that kind of disappointment can cause, so I was quick to deliver some slight relief. Though they hadn’t passed, they hadn’t failed, either. The grade would not be registered; they’d just have to take the class again. In essence, they’d get a “do over.” What a much more fruitful, hopeful notion of failure—the chance to do it again and get it right. So how do we go about it?

When I lack artistic direction, I try to begin my day by asking one question. What can I do to make today count? Some days, I make a curated reading list for my next project. Other days, I take a single paragraph of my work-in-progress and retool it, word by word. Or I don’t write at all and I make biscotti with my mother instead. Sometimes, I actually log into my 401(k) account and figure out what the heck is going on in there. I remind myself that the life of a writer ought to include an actual life, too. I start small, rebuilding my stamina until the disappointment is far behind me.

I write this post for you as much as I write it for myself. As writers, we don’t have to like disappointment and failure, but we must make room for it. It might help us to disabuse ourselves of the notion that as soon as “success” is achieved, things will be easier. I don’t think it gets any easier. The stakes will always feel impossibly high, and that’s just as it should be. Otherwise, why write? I’m sure Dan Harmon will be up against the same challenges when he returns to “Community,” and I wouldn’t be surprised if Paul Feig still wishes “Freaks and Geeks” had gone on for more seasons. Even the much anticipated fourth season of “Arrested Development” isn’t immune to tough reviews.

Bliss is not an option for those of us who dare to make art. Still, a writer is always at his best when writing. Heartbreak, in all its forms, is what first inspired us to write. Disappointment may break our hearts afresh, but it can also provide the fuel we need to begin something new.