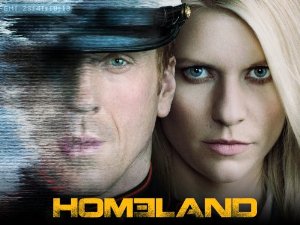 Let me begin by confessing that this was not the post I wanted to write. All week, I have been working on an essay about female friendships on television. Unfortunately, my writer-self is not cooperating. You’ve had that moment—much like this one—when you sit in front of the computer screen intending to write one thing, only to find yourself writing something else. And that “something” is ferocious in its desire to remain wild—it’s dark, confusing, and so “other” that you can barely recognize yourself in it. And yet it draws you in, compels you, until you realize that other “thing” you planned to write will have to wait.

So what do we do when we’re troubled by the words we find beneath our pens—phrases, sentences, and scenes that some might deem “dark”? For some perspective, I’d like to consider the HBO series “Homeland” and its main character, Carrie Mathison, who works at the CIA and is convinced an American POW has been turned by al-Qaeda. Oh, and one more thing. She’s bipolar, and it’s the “dark” part of her that she strives to keep hidden from the rest of the world.

As you might expect, I don’t watch the show for its pyrotechnic plot twists or even the low points to which Carrie will descend. I watch it because the one thing Carrie hates most about herself, what she may perceive as her worst flaw, is exactly what makes her so brilliant at her job. She sees what otherwise would go unseen, connects clues that would have otherwise remained separated.

I won’t make light of the disorder with which she’s been diagnosed, but nor will I concede that the word “dark” has to be synonymous with “bad.” There is much in the human psyche that we don’t understand; there’s much that confuses us because it cannot be easily explained. Therein lies the stuff, however complicated, that good art is made from.

And “darkness” doesn’t have to be emotional or psychological. It can be cultural or generational, too. One of my favorite poets, Jimmy Santiago Baca, writes about this phenomenon in his essay “Working in the Dark:”

But darkness is that part of me from which I channel truth into my words, words like a virgin’s first blood that stains the white sheets in lovemaking. It demands that I drink from life’s bitterness…

As a Chicano, Baca writes that he inherited the darkness of a disinherited people, which he uses as fuel for his art.

If you’ve read some of my previous posts, you know that I just finished writing a book. It’s been a part of my daily life for three years, and now we’ve separated. The book is no longer “in” me; it’s almost as if it’s sitting over in the corner where I can watch it become its own entity. As thrilling as it is, it’s also left me with a feeling of emptiness. Writing it was scary and wonderful and challenging, and it wiped me out in the wonderful way every writer hopes for, lives for.

The editor in me is rejoicing, and the writer in me is sad. Yes, there are two parts to me, and I’m guessing there are two parts to you, too. The writer in me is the girl no one gets to meet, like the part of Carrie Mathison that she keeps hidden. I keep this girl in my writing room because she embarrasses me. She’s no fun at parties. She takes things personally. She’s moody. She’s a scowler.

And yet without her, my creativity would not exist. She’s the one who gives me that wild rush that I don’t want to tame. She writes lines like “we wore each other like faux fox stoles” and “fleeting was the half-life of our unequal duet.” Lines that the straight-laced editor in me would never dream of—and it’s that editor’s job to take them and make them shine, make them make sense. In short, I need them both.

So how can I get my inner writer and my inner editor to work together? Well, I’ll tell you what doesn’t work. Shame. Isolation. Any sentence that starts with “I wish you would…” If I’m not careful, I’ll devolve into a set of pissy, jealous twin sisters rather than two halves that complement each other. When I feel the two parts of myself are at odds, I try to remind myself of a simple truth: everyone will get their say at the appointed hour.

At the beginning, my editor takes a backseat while my writer tries some things out. Near the end, my writer rests while the editor reads and sees what needs doing. And if I’m lucky, there will be times when the two coalesce and things start to click, like that amazing moment in Season One when Carrie finally makes sense of her own color-coded, chaotic wall of notes.

There is power in the crooked, in the “sick,” in the aberration. In order to reach our artistic potential, we must learn recognize it. I won’t call Carrie or that writer inside me crazy or weak, and I won’t even call her “brave.” That word is so reductive, I think, especially when applied to women’s writing. No, I’ll call her her, and just leave it at that. And I invite you to the same. How will you embrace your dark side on the page?