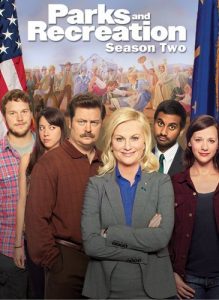 As a writer, reader, and a creative writing teacher, I am—for now and forever—a staunch proponent of the place-based narrative. When we think of stories, we tend to focus on those bound to particular characters or events. And yet, some of the most compelling plot lines found in literature are borne from complications with place. Often when I suggest the importance of setting to my memoir and fiction students, they resist. “This is a universal story,” they say. “Setting is irrelevant.” And then I urge them to reconsider. Small towns and cities have narrative arcs, too.

There’s a difference, I tell my students, between thoughtfully omitting “place” for the sake of the story line and simply ignoring it. Do you know how many television shows are filmed without any kind of setting? Zero. Yes, literature is a separate medium from television. No, we can’t include everything that a television set designer might. But we also can’t deny the power an evocative setting possesses to swiftly transport a reader into an imagined or remembered world.

So where do we start? Character templates are common, but how about one for setting? With the help of NBC’s “Parks and Recreation” and its expertly crafted small town of Pawnee, Indiana, I’ve compiled five “pillars” of place that can help transform a competent novel or memoir into an unforgettable one.

First, and most simply—where is your setting? Is it remote, urban, mainstream, rural? What roads (or waterways) lead into and out of town? What about landscape and landmarks?  How has it shifted over time, or how is it shifting?

“Position” also encompasses social hierarchies. What is your town known for by outsiders, and what is it loved and loathed for by insiders? For example, in the “Time Capsule” episode from Season 3 of “Parks and Recreation,” Deputy Director Leslie Knope recounts a list of about a dozen town slogans that have been used since Pawnee’s inception. It begins with “Pawnee: The Paris of America” and ends with “Pawnee: First in friendship, fourth in obesity.” Not only do we get Pawnee’s lively backstory in list form, we also see the ways in which the townsfolk hope to be perceived by the rest of the world and future generations, which circles back to the episode’s main plot point.

Often a town’s birth, life, and potential death rely on how the residents are able to sustain a living. Is yours a “company” town, a rural stretch of farmland, or a transient hub of local shops? What connection lies between the economy of your setting and its position? Who, or what, is in charge?

This kind of creative commitment makes a parody authentic, but it also extends that authenticity to other genres, too. Consider Justin St. Germain’s memoir, Son of a Gun, which will be out from Random House in August. Much of the narrative is set in Tombstone, Arizona—a place that would have been a ghost town were it not for the legendary gunfight at the O.K. Corral and the resulting boom in tourism. St. Germain doesn’t just describe the town so familiar to him; he employs it as a narrative tool to both complicate and illuminate the story behind his mother’s fatal shooting, which occurs in a nearby town without any beloved (however violent) folklore to resuscitate it:

Nobody famous had ever lived or died or killed anyone in Gleeson, so when the mines shut down it became what Tombstone would have if it weren’t for the Wyatt Earp legend: a real ghost town, one of hundreds rotting in the rural West…

St. Germain’s vivid sense of place recasts what was once an evening news headline into a resonant personal narrative that also problematizes ghost town inertia and the lure of American myth. That’s the power of setting.

What’s the newest thing in town, and what’s the oldest thing in town? What gaps exist between generations, and what’s the root cause? In Pawnee’s City Hall, the blatantly racist murals depicting the sad history of the local Wamapoke tribe are routinely vandalized by Pawnee youth, as is the statue of Mayor Percy every year on Halloween. The infinitely malleable friction between change and stasis is often deeply connected to our sense of home—the ways it changes and remains the same, and more pointedly, the ways we do.

What do the young (and old) do for fun, and do the young skip town when they come of age? Justin St. Germain captures the inner conflict of his generation when he decides to leave the town that raised him:

I knew this place, loved it, and wasn’t sure I wanted to leave, but knew I had to. Everybody in town had been telling me that my whole life…

What I find so beautifully haunting about this line is that the people of Tombstone have hope for their children but resignation toward themselves (as if the town itself has bound them), a shared sentiment which also leads us to Pillar #4.

Yes, towns and cities have narrative arcs, and they have collective psyches, too. What, as a group, do your characters remember, and what do they choose to forget? What town lore exists, and who are the hometown heroes, like Pawnee’s favorite mini-horse Li’l Sebastian? What are the “town” documents, i.e. newspapers, television shows, etc.? Where and when do people gather?

“Parks and Recreation” puts a comic spin on the traditional function of the Greek chorus every time the city hosts a town hall meeting. The townspeople always attend in droves, lobbying for the Twilight series to be included in the time capsule, demanding the annulment of a same-sex-penguin-marriage, and proving how much they love the town in which they live, even if it is—or perhaps because it is—the home of the world-famous Julia Roberts lawsuit.

Words are tools, so let’s put them to work. In The Virgin Suicides, Jeffrey Eugenides never needs to explain that this Michigan town is buckling beneath the weight of a cracking automobile industry. Instead, the “felt presence” of decay presides over the entire novel, appearing like a specter in the scum that chokes the lake, in the gangrene that seems to cover a laminated picture of the Virgin Mary, and in the sickly elm tree in the Lisbon girls’ front yard.

I said earlier that writers can’t include every detail that a set designer might. This restriction requires us to choose, to let go of the “good” for the sake of the “best.” How diluted Eugenides’ imagined world would be if “gangrene” were replaced with “dirt,” and how loveably quirky Pawnee becomes when we see a town full of people so devoted to the vocabulary of their own infrastructure: budget-cut-battle-royales, task force exploratory subcommittees, and environmental impact studies galore.  The language itself is a byproduct of the earnest, waffling bureaucracy that runs the town. The words we choose will always point to preoccupation, and preoccupation will always point to the ways our characters interact with the world around them.

Remember this: People both reflect and defy the places they are from. It’s our job as writers to make place matter. What will you do with yours?