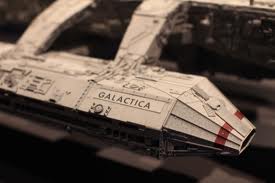 Lately I’ve been thinking about beginnings, endings, and that terribly murky time between a writer completing one project and starting another. After recently finishing a memoir, I’ve been itching to write a novel. I have a strong start to a new one—it’s always thrilling to be at the beginning of something, when all you see are possibilities instead of flaws—but there’s just one problem.

There’s this other novel I wrote five years ago, lying dormant in my computer files, taking up space in my writer’s psyche. It’s finished; I revised it steadily over a period of three years. But however “complete” it might be, the sad thing is systemically flawed. The plot is static, the themes are too forced, the melodrama too ever-present. So what to do?

My puritanical pride demands that I fix my drawer novel, dammit. Surely if I re-read it, re-think it, and re-work it, I’ll be able to turn it into the book I always dreamed it would be. Right? But as was written in the holy scrolls from “Battlestar Galactica”—which I watched obsessively during the hand-off time between my two projects—All this has happened before, and all this will happen again. No less than three times, I have taken this novel out, dusted it off, and gave revision the old college try. All three times, I arrived at the same end—and with a few nods to BSG and its eponymous spaceship, I’d like to share with you the process I went through to determine that my novel is better left in the drawer.

You’ve felt it before. Like running into an ex, you come across your old manuscript and can’t remember what went wrong. Such passion in its pages, such potential. Its flaws might actually turn out to be its strengths. It bucks against all the norms you’ve grown weary of, and you fall for its sheer pluckiness all over again. Basically, you’ve written the literary equivalent of the down-but-not-out Battlestar Galactica, a battleship once bound for retirement only to become the bastion that protects the human race from Cylon-robot extinction. You high-five yourself before getting to work.

But then it hits you—that sinking feeling in your stomach that reminds you “spark” can be indicative of a larger problem. After I watched BSG in its entirety, I was left with two questions. One, did this show nab the record for the most love triangles in a single series? And two, am I clinging so fiercely to this dying battleship because it’s some sentimental metaphor for my own similarly-on-life-support novel?

Even when BSG’s ridiculous number of romantic entanglements started to try my patience, I still watched the show because its premise remained strong. Not so in the case of my drawer novel. The premise itself was crippled: too much setting, not enough plot. Too much remembering, not enough action. Too much of me, the writer, trying to learn how to tell a story rather than actually telling it. I thought my beloved manuscript had raised a hand from the grave, ready to live another day, only to give it a hard look and tell myself…

Unless you’re a Cylon, death—for humans, battleships, and novels alike—is an irreversible diagnosis. But take heart. This was the stage where an exciting shift occurred for me. I stopped trying to cure the book, and I started to talk to it instead. This wasn’t so much a post-mortem as much as a conversation with my old writer-self about what went awry and what I might learn. I needed at least six months to a year to be able to complete this effectively. During this time, I wrote some invaluable notes to myself:

The melancholy and self-pity here are working against you.

This line would perform better at the turn of the narrative.

Don’t idealize in the text unless that is your distinct purpose.

These lines applied to my old project, but they’ll also guide my new one, too. All of a sudden, writing something new didn’t seem so impossible. In fact, it felt invigorating, which meant it was probably time to…

This is the moment when you decide to salvage what you can and let the rest go. Take a phrase, a character, a plotline, and see where else you can use it. A short story, perhaps? The new novel? An essay? The choice is yours.

Warning: This will feel utterly and completely heartless. Is it wrong to dismantle a piece of your own art, however defective it might be? Maybe. It certainly feels wrong, and the writer in you will relate to Captain Apollo’s outrage when the beloved yet sickly battleship gets stripped by the rest of the fleet for its widgets, gadgets, and FTL drives. But here’s what we need to remember: A failed attempt doesn’t have to be our final attempt. The writer doesn’t have to go down with the ship.

Without spoiling the “Battlestar Galactica” finale, suffice it to say the human race at last has no more need for the old battleship. Hope returns; a new chapter begins. Perhaps like me, your first (or second, or third) novel was never meant to be your final destination, but a vessel that will deliver you to inspiring new territory. Come to think of it, some of the flawed love triangles in BSG also became vessels that delivered the show’s greater themes: the son emerging from his father’s shadow, the loss of one’s home, and the search for a new one.

I can’t deny that my first novel, which will remain in the drawer, has strengthened my skill and resolve as a writer. Sometimes, your second idea is better than your first, and sometimes the best ideas are hidden behind mediocre ones. Perhaps my “failed” manuscript didn’t actually fail in its larger purpose. The novel itself may be lost, but I, the writer, am not.