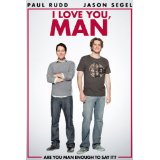 Call it phileo, call it friendship, call it brotherly love—any way you slice it, I’m a sucker for a good bromance. After my most recent post (which dipped a toe into the treacherous territory of love triangles), I started thinking about the other kinds of love available for us writers to explore, whether it be familial or friendly. Too many writers rely on tired love triangles for their work’s sole dramatic emphasis. But behind every good romance lurks an even better bromance, and if we play it right, they can provide all the necessary elements of a good story: drama, conflict, climax, and sometimes even a happy ending.

Allow me to take you on a tour through the countryside of manly love, taking note of the important thematic underpinnings along the way. In other words, it’s about to get bromantic.

When Troy Barnes and Abed Nadir met on the first day of community college in NBC’s “Community,” they couldn’t have been more opposite. Troy was the popular quarterback. Abed was the odd, movie-quoting brainiac in the corner. But soon they discovered a shared love for the imaginary, the whimsical, and the cinematic. By midway through season two, they were shacking up in a dorm-wide blanket fort and co-hosting a fake morning talk show. Sometimes, bromances bloom in the most unexpected of places.

This reminds me of Rajesh Parameswaran’s fantastic short story, “The Infamous Bengal Ming,” in which the classic concept of falling for one’s best friend turns primal. A caged tiger falls in love with his trainer, or as the Bengal puts it, “I was in love with my keeper, Kitch.” They are opposites not because one is a human and one is an animal, but because one keeps, and the other is kept.

What binds these two disparate relationships is an inability to reckon with the outside world on one’s own. Opposites end up fusing—as Troy and Abed did—or splitting in the violent aftermath of a lovesick tiger on the loose.

Television is densely populated by the threesomes, and they often result in either short or protracted stints of cohabitation. Of course, there’s Nick, Winston, and Schmidt of “New Girl” fame; Ted, Marshall, and Barney on “How I Met Your Mother”; and my personal favorite, Bill, Sam, and Neal from “Freaks and Geeks.” What’s most compelling about a trio is its unequal nature. One-third of the friendship is bound to—at one time at another—rise to the top or fall to the wayside.

But the inequality of the “trio-mance” is also what completes it. In his novel You Shall Know Our Velocity!, Dave Eggers explores one pair of friends’ struggle to survive after the third member of their brood dies in a car accident. Jack is absent from the novel’s onset, and this absence commands the entire narrative. From the moment Will and Hand lost Jack, they became at great risk of losing each other, too.

When writers work, they tend to work alone. But when they procrastinate, they procrastinate together. Why no one has made a film detailing the friendship spawned by the road trip Ernest Hemingway and F. Scott Fitzgerald took through the French countryside in A Moveable Feast will always be a mystery to me. Fitzgerald catches a cold and swears he’s dying. Elsewhere, the pair discusses Fitzgerald’s fears about the size of his penis. They drink too much.

Hemingway’s chapter dedicated to Fitzgerald begins like this: “The first time I ever met Scott Fitzgerald a very strange thing happened. Many strange things happened with Scott but this one I was never able to forget.” With a few name changes, this line could have come straight out of the HBO series “Bored To Death,” which chronicles the adventures of a procrastinating writer who decides to become a private eye. Add a feckless magazine editor and a loveable comic book artist and this case solves itself. 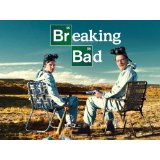 The “Breaking Bad” duo of chemistry-teacher-turned-crystal-meth-magician Walter White and his brooding assistant Jesse Pinkman is setting a new standard for the traditional mentor/mentee archetype. Walter saves Jesse’s life just as often as he endangers it, and bucking against Walter’s heavy hand, Jesse transforms into an unlikely hero.

Lenny Abramov of Gary Shteyngart’s Super Sad True Love Story is another unlikely hero, so doe-eyed is he as he waits upon his boss and role model Joshie Goldmann. Lenny has too much heart to end up like Joshie, and much like Walt and Jesse, the relationship comes at a great cost. Betrayal is almost inevitable when a teacher is not as loyal as his student.

Bromances aren’t just a contemporary American phenomenon. The British were bromancing since the days of the landed gentry, when Mr. Darcy and Mr. Bingley vacationed together in Hertfordshire. Similarly, Lord Grantham and Matthew Crawley made a tight pair once the Titanic sank with Downtown Abbey’s heir aboard.

Here’s the dark side: Money doesn’t matter among the rich, as long as it isn’t in jeopardy. As honorable as Lord Grantham might be, he never took an interest in his younger relation until he knew his family’s welfare depended on him. Thus the conflicts between them continued to stem from the opposing forces of equality and privilege. 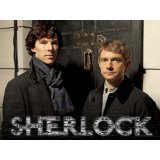 Remember the scene at the end of “Speed” when Sandra Bullock tells Keanu Reeves relationships that start under intense circumstances never last? Clearly, she and Keanu never found a dead body together. A shared love for the macabre unites Sherlock Holmes and Dr. Watson as they examine corpse after corpse in the BBC’s contemporary retelling of Sir Arthur Conan Doyle’s beloved mysteries. And in the case of the boys from Stephen King’s novella “The Body,” it took only one corpse to yoke them together for life. This insoluble bond (despite the separations of time and distance) is reflected in the final moment of “Stand By Me,” the film adaptation of King’s novella, and a line written by King himself:

“I never had any friends like the ones I had when I was twelve. Jesus, does anyone?”

The “This is It” Bromance 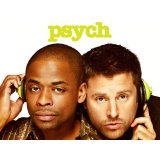 Every once in a while, a bromance comes along that rises above the rest. It’s the real thing; one that’s built to last. This one I award to Shawn and Gus from “Psych.” Best friends since childhood and co-proprietors of Santa Barbara’s most trusted fake psychic-detective agency, these two are better together.

I also have to give this one to Finny & Gene from John Knowles’ A Separate Peace. Broken bones, the pressing threat of war, and the subtle competitions for male prowess etch the deep contours of this coming-of-age friendship. Everlasting love between friends is not indicated by the absence of conflict, but by its resolution.

So there you have it—a quick introduction to the vast terrain that a good bromance can cover, both onscreen and off. But this bromantic directory is by no means exhaustive. Who else belongs on the list?