Home
»
Uncategorized
»
Episodia 1.9: Every Camp Story is a Ghost Story 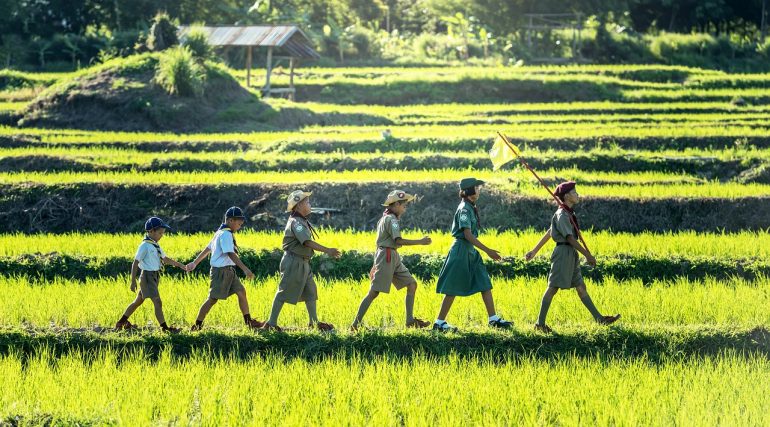 I will never, ever tire of reading about summer camp. Inspired by a recent re-reading of my favorite short story—“Brownies” by Z.Z. Packer—I spent the entire month of June in literary camp land. I started with Anton DiSclafani’s unforgettable debut The Yonahlossee Riding Camp for Girls; then I moved on to Liz Moore’s short story “Shy-Shy,” in Tin House; and I finished with The Interestings, by Meg Wolitzer. At the end of my reading journey, I reached one conclusion: Summer camp isn’t haunted. It haunts. Spend seven days at summer camp, and you’ll remember it the rest of your life.

Even so, summer camp is quickly becoming a relic of the past, much like “Salute Your Shorts,” a short-lived television show that had all the necessary elements of most artistic renderings of summer camp—the beautiful, the damned, and the strange all rolled into one. But for writers, camp continues to be an infinitely malleable conceit. It offers a relatable context that can be cast in unique frames over and over again. The best summer camp novels are reflections of summer camp itself: paradise and exile, innocence and sin, the haunt and the haunted. So what makes these stories endure, even as the camps themselves become extinct?

Summer camp has a magical realism all its own, which writers can use to reveal something meaningful about the real world. In her insightful essay “Engineering Impossible Architectures,” Karen Russell describes what she calls the “Kansas:Oz Ratio,” writing:

If Oz is given solid life, through concrete detail, then Kansas can begin to feel dream-like and fragile. Certain bedrock truths that we take for granted in our ‘everyday’ are loosened, spaded up, and reexamined.

Like Oz, summer camp is a place where the impossible becomes possible. The new kid becomes the hero. The sunburnt brainiac outsmarts the camp bully. The quietest girl in camp is the first to fling the mashed potatoes in a food fight.

Camp is also place of psychic shifts. Away from the trappings of home, characters not only see themselves differently, but are seen differently, too. A token as simple as a camp nickname can become a pathway to new terms of self-definition (for better or worse). In The Interestings, Julie Jacobson’s name gets shortened to “Jules” and the change unveils a hidden sense of humor and a new longing, both of which follow her around the rest of her life.

Sometimes the most impossible feats have less to do with the constraints of the concrete world, and more to do with how we see ourselves. Camp has a way of undoing or reinforcing those notions, which is why it’s the perfect symbol for the no-man’s-land of early adolescence.

Children belong at summer camp in a way that adults never will, and adults’ out-of-place-ness there hints at a troubling truth: adults often don’t feel at home in the world any more than children do. Take Kevin “Ug” Lee, the gym teacher drop-out turned camp counselor on “Salute Your Shorts.”  The same traits that qualify him for the job—a stern goofiness mixed with a penchant for whistles and roll-calls—are the same traits that keep him pinned there. His awkward presence offers proof that adulthood is not an exotic destination, but an inevitable complication.

A worthy camp narrative never dangles fake notions of adulthood as the prize to be won. Instead, characters in a camp story will wage subtle wars for a maturity that accompanies self-possession. In The Yonahlossee Riding Camp for Girls, we witness the slow unraveling of Mr. Holmes, the camp’s headmaster, at the hands of fifteen-year-old Thea Atwell. In distinct ways, both characters are stuck at Yonahlossee. Their paths diverge when Thea learns to harness the inertia she feels so she can redirect it, a hope that Mr. Holmes seems to have long ago surrendered for himself.

An easily identified villain is one of the quickest ways to rob a story of its complexity. In a good summer camp story, the villain is never a bully. Often victims masquerade as bullies, and even more often, a bully has a deeper villain pulling on him, too. A more profound hardship must be unearthed, and that’s where the magic of camp comes in. New environments—and the claustrophobia of shared cabins and bathrooms—have a way of revealing truths that were previously hidden. As the campers at Camp Crescendo discover in Z.Z. Packer’s “Brownies,” the most insidious villains might not even be people at all, but false ideas or misconceptions.

One of the most intriguing aspects of The Yonahlossee Riding Camp for Girls is that there is no villain. Or—more correctly—each reader could come away with a different villain in mind. The staid and unwelcoming camp itself seems to be the villain at first, but what it truly represents is Thea’s own exile from her home in Florida, where she left behind a beloved cousin and her twin brother. As her relationship to her own exile transforms, Yonahlossee starts to set her free. Ultimately, that which was meant to chastise Thea heals her instead.

Ghosts of Camps Past

A good ghost story told around the camp fire gets even better when it’s hard to tell who the true ghost really is. In my favorite episode of “Salute Your Shorts,” the camp bully Budnick tells an old tale about Zeke the Plumber, a man who lost his nose to a parrot in the Philippines. He roams around Camp Anawanna at night, looking for his lost plunger and haunting campers’ dreams, or so the story goes.

Later that night, Zeke visits Michael’s dreams and teases him about the stuffed animal he keeps hidden. Zeke also appears in Telly’s dreams, making her dress up and dance with him when all she wanted was to play ball, not attend a ball. But as with all troubling nightmares, Michael’s and Telly’s true fears are revealed. As impending adulthood closes in, its suffocating definitions of masculinity and femininity follow close behind.

The very nature of camp is that one must eventually leave it. You can return as an adult, and the grounds and cabins may appear unaltered, yet things are not the same. You might return to hunt for who you once were, a ghost of your past self, and the people you swore you’d be close with forever, only to feel their absence as keenly as your own.

At Yonahlossee, the girls who win the annual riding competition have their pictures hung in the main hall, images of the past haunting the present. Once Thea leaves Yonahlossee, she becomes a ghost of the place in the same way it becomes a ghost to her, ever present and just beyond reach—just like a good camp story, which lives on in the labyrinth of the mind.