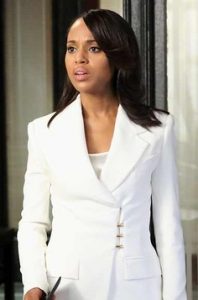 Last weekend, I spent an evening in the woods with a group of strangers in search of owls. It was a cold, eventless quest, punctuated by the unanswered hooting of our guide and the sporadic cry of distant foxes. Every ten minutes, the guide would call out with a soft “oo—loo—oo,” and our group would fall silent as we waited for a response. When none came, we’d forge deeper into the woods, the guide would call out, and we’d fall silent again.

It went on like this for over an hour, until the youngest in our group, a girl of maybe seven years old, broke the silence.

“I have a secret,” she whispered to her mother as we all stood together in the dark. The rest of us couldn’t help but lean in.

It was funny and sweet and perfect, one of the highlights of an otherwise barren night. The owls were there, the guide assured us. Sometimes they just didn’t want us to know.

Most of the time, our secrets live inside of us like dormant owls. Once in a while, a secret wakes up, calls out, and beckons a response. In truth, sometimes secrets are better left to our diaries. But what if a writer chooses to share those secrets with her audience, whether in poetry, fiction, or memoir? Is there value in divulging them beyond the initial rush of self-expression?

I say yes. Whether in real life or in fiction, secrets are unfinished elements of any story. Or, as lawyer and ultimate problem-solver Olivia Pope from ABC’s “Scandal” would say, “dirty little secrets always come out.” We writers have the gift and the burden of alchemy when it comes to secrets. In our hands, they can become click bait, fodder for tabloids, or agents of thoughtful exploration.

What is Your Book About?

A few hours before I went into the woods, a friend asked me what my forthcoming book is about. It was a simple question that ought to have a simple answer. Usually when someone asks, I look down and mumble something incoherent about coming of age in the Rust Belt. It’s a true answer, but not an honest one.

The honest answer is that in early 2010, I decided to write a book about a secret I’d kept for a very long time. My larger purpose was neither conceited nor altruistic; I didn’t write it to feel better (writing, though helpful for therapy, is certainly not a replacement for it), and I didn’t write it for closure (closure, as Ellroy has so aptly said, is bullshit). Instead, my purposes were investigatory. Much like Theo Decker, narrator of Donna Tartt’s novel The Goldfinch, I wanted to search the secret out, scour its back alleys, discern why I had kept it so long and what it had made of me.

The Truth Will Set You Free. Ish.

While I wrote my memoir, I was counseled not to think about anyone actually reading it. Otherwise, I’d never move past the first page. That proved to be sound advice, though at some point, writers—both memoirists and novelists alike—must consider what it means and what it might cost to share some of our deepest secrets with an audience.

We’ve all heard the axiom that the truth will set you free, but I wonder if it’s more accurate to say that the truth will cost you. Watch one episode of “Scandal” and you’ll see the price Olivia Pope’s clients pay when their secrets are made public. Marriages crumble, children are estranged, careers are ruined, legacies destroyed. Sure, most of our secrets will never make headlines, but that doesn’t mean we don’t feel the heat of exposure.

I’ll admit that in the past few months as I’ve been readying my book for publication, there have been times when I’ve lost sight of my answer to this question. I’ve learned there’s a considerable difference between the idea of someone reading an entire book about your worst regret and the reality of meeting a stranger who has read your work and therefore has access to some of your most intimate secrets. The first time the latter occurred, I heard a small voice inside me say: you will pay dearly for publishing this book. And I panicked.

A terrible fear took hold of me and wouldn’t let go. When I finally found the courage to talk to someone I love about it, he reminded me of a truth I’d let myself forget. “You’ve already paid dearly,” he said, “for keeping that secret so long.” Thankfully, I started to remember why I’d written the book in the first place. The cost of silence had become greater than the cost of telling the truth.

So what does this mean for writers who choose to divulge intimate details? Is it self-centered and sophomoric to do so? I think the answer can be found in the importance of artistic risk. In her essay “Short Story: A Process of Revision,” Antonya Nelson writes that she encourages her students to include an autobiographical element in their stories as a means of getting them to invest in their work. At the end of the essay, she says:

“I was tired of my students’ work not seeming to matter enough. I wanted them to be at some risk.”

I’m slowly learning that it’s better to be vulnerable than to simply talk of vulnerability—that I can be bravest when I have the most to lose. We don’t always know what will happen when we venture deep into the woods in search of the mysterious and the unknowable, hoping that our calls will be answered. But I know this: I made a promise to myself that day when my friend asked me to tell him what my book was about, and it’s one I intend to keep. When someone asks me that question, I’ll give the honest answer, and I’ll look him in the eye.