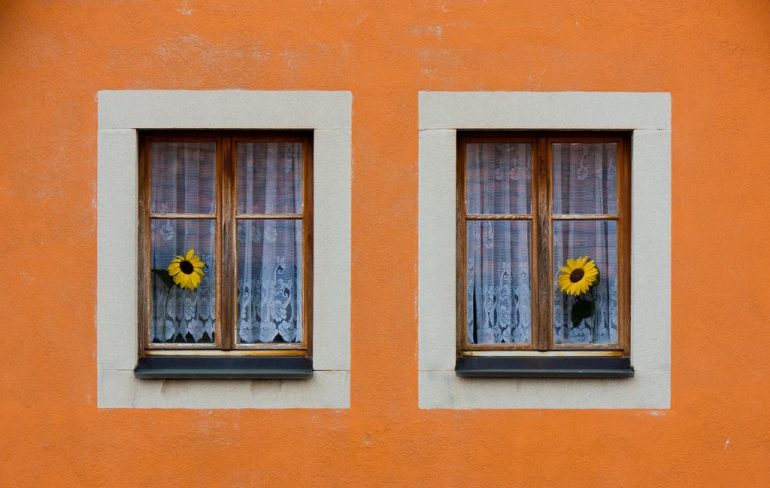 Last week I received an email from a dear student with a serious case of writer’s block. She’s been writing a screenplay for the last four years, and her work is almost finished. To her despair, however, she recently discovered that her very project (idea, locale, plot, and timeframe, all) was made into a film about to be released next month.

I’m sure you can feel her frustration and disappointment, just as I did. Many of us artists have found ourselves in similar situations. We finally uncover a great idea. We get to work. We doubt, yet we keep writing in spite of those doubts. We push ourselves. We cancel plans so we can finish what we started. Then we discover something in the market that appears to be a carbon copy of what we once felt was entirely personal to us. Everything comes to a stop, and we don’t know how or if we can continue.

I wanted to say something—anything—to help my student get back to work. But what can one say to a grieving artist? Practical advice often proves useless. This idea that there’s “nothing new under the sun,” as King Solomon once put it, can pose a real problem for writers. As I pondered this challenge, I found myself thinking about the third heat.

In the pilot episode of “30 Rock,” corporate executive Jack Donaghy gets sent to NBC to retool Liz Lemon’s sketch comedy show after he successfully revamped GE’s microwave division through the invention of the trivection oven. The oven boasts three kinds of heat technology: thermal technology, air convection technology, and microwave oven technology. “With three kinds of heat,” Jack says, “you can cook a turkey in 22 minutes.”

His point is that the sketch comedy show needs a third kind of heat to boost it from a good show to a great show. So what is this elusive third heat, exactly? It’s that extra oomph, the special X factor, that thing you don’t quite know until you see it. For “30 Rock,” the third heat was comedian Tracy Jordan.

Unfortunately, however, most of us don’t have a Jack Donaghy in our lives to pinpoint what isn’t working and proffer a tailor-made solution to our problems. Most of the time, we tend to stagger around, hoping to find the creative current that will flow through our pens. What do we do when it appears someone else has tapped that creative current first?

I wish I knew.

This always seems to be the toughest part of writing—the not knowing. Should I have added that new character? Is that first person plural voice really working? Did I begin and end the book/essay/story in the right places? Is this a waste of my time?

What we know will always pale in comparison to what we don’t. In a way, I think this is why we write—to lessen that gap, to explore the unknown. Maybe it’s one of those strange gifts of the writing process that we set out in search of one treasure only to return with another. I think it’s a writer’s greatest fear that she’ll return empty-handed, and that fear is often what keeps us stuck.

A few months ago I hit a low point in my writing life when I, much like my student, heard about a forthcoming book that bore a striking resemblance to the project I was working on—both had a similar locale, plot, and main character. I was so crushed that I abandoned the manuscript completely. Why bother when I know that book will be so much better, I thought. I told myself that the author of the other book was the real deal, and I was just a fraud.

I recently read an excerpt of this novel I was so sure had signed my own book’s death sentence, and guess what? The two couldn’t have been more different. They had wholly separate styles, themes, and points of view. Plots and synopses don’t account for mood, nor should they. That’s why we read in full! To experience what can’t be summarized.

The more I ruminate on these struggles, the less useful I find it to compare ourselves to other writers whose work may or may not overlap with ours. I’m noticing lately I have a habit of wanting to tap into the creativity of artists I admire rather than cultivate it within myself. That’s something I’m trying to change. Change is slow.

It doesn’t matter what other books in the market might be similar to my own—not while I’m writing it, at least. First and foremost, the writer’s task is to answer that creative call, the one that makes no sound and yet resounds unmistakably in our hearts. It calls us to seek, explore, and question. In a word, it asks us to write.

It’s far more fruitful to think of works of art in conversation with each other rather than in competition. Then the idea that there’s “nothing new under the sun” no longer condemns writers, but invites them to commune with one another.

The other truth, however, is that sometimes the market is glutted with a certain kind of book or idea, and we can’t make light of that fact. Even if we’re able to find our third heat, that doesn’t necessarily mean the market will make room for it. In that case, we end up with years’ worth of work that can’t truly be categorized as failure, but still ought to be recognized as a loss. Perhaps that is the real third heat, the element every writer needs to find, the ability to stare down that kind of loss and know you can survive it.

I told my student that I hope she finishes her screenplay. I don’t seem to excel at giving practical advice, and I’m slowly realizing that might be a good thing. So much of what artists do remains a mystery, even to the artists themselves. Maybe the best advice I can offer is the encouragement to engage with that mystery, to seek out the things that aren’t so easily explained.

This reminds me of another “30 Rock” quote from an episode in which Liz Lemon has, yet again, found herself in a tough spot. Like any good mentor, Jack tells Liz a story. While ice climbing twenty years ago, he found himself stuck in a crevasse. In order to get out, he realized he had to forge deeper into the abyss. He told Liz that “sometimes the way back up is down.”

As I return to work on a project I once thought dead, this is what I’ll tell myself: go deeper.