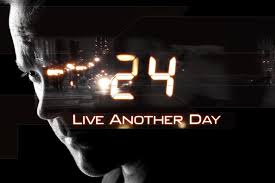 Ah, summer. That sweltry time of year when some of our favorite television shows go on hiatus and we head outdoors for lots of sun, swimming, and—if you’re like me—lots of literature. I love the feeling of reading poolside on a sunny afternoon, and the right book can transform a humdrum day into a magical one.

So here’s a list of summer reading recommendations based on your favorite television shows. There’s something here for everyone—the literary fiction lover, the fantasy fan, the romance reader, and perhaps even something that will inspire the staunchest, TV-loving couch potato among us to head for the shore with a book in hand. 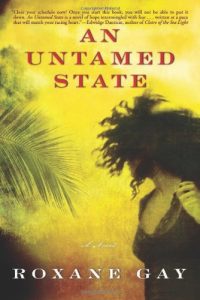 If you love the pace of 24 but also enjoy the layered character development and backstory of a show like LOST, then Roxane Gay’s An Untamed State is the summer book for you. Set in Haiti, the novel details the harrowing thirteen days a young woman spends in captivity when her father refuses to pay her kidnappers’ ransom. Gay takes the page-turner genre to a new level by examining the lives that were lost and rebuilt in the aftermath of the hostage crisis. The final pages will make you want to give the book to your best friend and to a stranger, both. 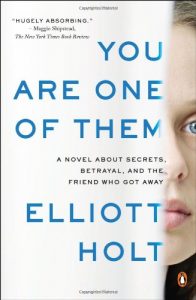 This FX period drama takes place during The Cold War, and the story revolves around a pair of KGB spies who are posing as an American married couple living in the suburbs of Washington, D.C. Not just a spy-thriller, the series also raises questions of morality, loyalty, and friendship—much like Elliott Holt’s hypnotic novel You are One of Them.

Set in a similar time frame and locale as The Americans (at least for part of the novel), Holt’s debut paints the trajectory of a female friendship that begins with sleepovers in Washington, D.C. and ends with a hunt for a missing person (or a ghost) in Moscow. National defection is often just as personal as it is political, and leaves many unanswered questions in its wake. This book will change your mind on every page, and—in the end—will leave you with your own questions on the boundaries we cross and lines we draw. 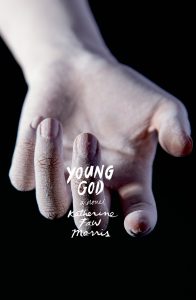 After the recent publication of books “by” popular television characters like Leslie Knope and Barney Stinson, I’ve been hoping for a faux memoir by Breaking Bad’s favorite good-hearted bad boy Jesse Pinkman. In the meantime, if you’re looking for a gritty, stylized read reminiscent of the free-wheeling drug trade frontier, check out Young God by Katherine Faw Morris.

The novel is set in North Carolina , and thirteen-year-old protagonist Nikki does what she must to maintain her family’s dominant drug business after she’s left to fend for herself. Told in a fierce and spare voice, the novel and its staccato rhythm set a daring pace. It’s a short, stark read, and like nothing you’ve read before.

Did you ever wonder who might have drawn the extremely detailed map that appears at the beginning of every Game of Thrones episode? If so, pick up a copy of The Mapmaker’s War, the first book in a trilogy by Ronlyn Domingue. I appreciate her gutsy move to tell the story in the second person. The result is a poetic tale about an ancient world’s first female mapmaker and the tragedy that occurs when a secret utopian settlement is discovered. It lacks the biblical-level gore of Game of Thrones, but if you’re looking for writing that blends fantasy with lyricism, then this is a perfect match. 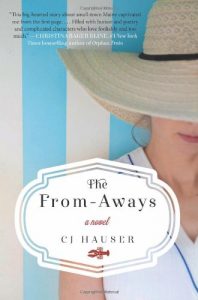 What would happen if the sassy ladies from Girls packed up their lives and relocated to small-town Maine? Find out in C.J. Hauser’s clever debut The From-Aways, a story about two twenty-somethings who befriend each other as they both search for a way to find home in a foreign place. This book has the wit and thematic heft of Lena Dunham’s hit show with the inimitable flavor of Down East locals. In short, it’s uniquely heartfelt and irreverent, wholly transportative, and offers plenty of lobster to go around. 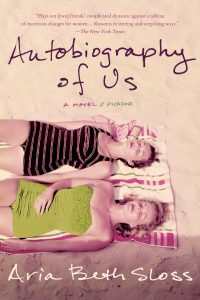 Often the women of Mad Men act as the heart and the soul of the show, despite those eponymous men. If you’re curious about what a similar storyline might be like if told through the eyes of Betty Draper, Peggy Olson, or Joan Harris, I recommend The Autobiography of Us by Aria Beth Sloss. The book follows  the lives of two women as they struggle to realize their ambitions in a world that has already written them off. Much like Mad Men, the relationships in the novel are heavily shaped (and sometimes thwarted) by the culture of the 1960s.

Man, do I love me some Orphan Black. A show that mixes issues of contemporary science with questions about identity, Orphan Black is one part thriller, two parts psychological inquest. I can think of no better bookmate than Helen Oyeyemi’s Boy, Snow, Bird, a twisted retelling of Snow White that tackles the artificial and damaging boundaries between race, identity, and gender. It casts a spell that will chill you on even the hottest of days. 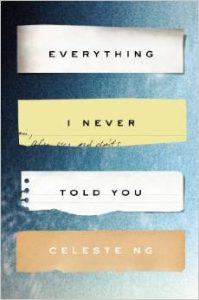 Top of the Lake

If you dig the creepy isolation of the New Zealand setting in Top of the Lake, you might enjoy the murder mystery The Weight of Blood by Laura McHugh, which is set in the Ozark Mountains. If you’re drawn toward the slow-spooling, seductive storytelling in the series, The Yonahlossee Riding Camp for Girls by Anton DiSclafani might be the book for you.

But the real home-run fit might be Celeste Ng’s debut Everything I Never Told You. Set in small-town Ohio, the novel spins around a Chinese-American family whose favorite daughter has gone missing. The story echoes Top of the Lake’s sophisticated inquiry into family dynamics, while a young girl keeps company with her secrets, no matter the cost. 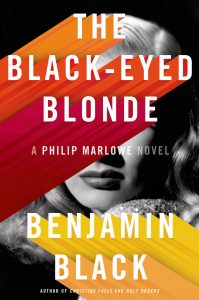 If you’re looking to indulge your desire for Southern-type noir and you’ve already read The Big Sleep by Raymond Chandler and Devil in a Blue Dress by Walter Mosley, look no further than Benjamin Black’s The Black-Eyed Blonde, a novel that breathes life back into Raymond Chandler’s beloved private eye, Philip Marlowe.

As a fan of actual, true detective tales, I also have to make a plug for Homicide: A Year on the Killing Streets by David Simon, the creator of The Wire. If you want honesty from real murder investigations in Baltimore, David Simon tells it true.

So there you have it—a book for every mood and a day at the beach. What will you be reading this summer?