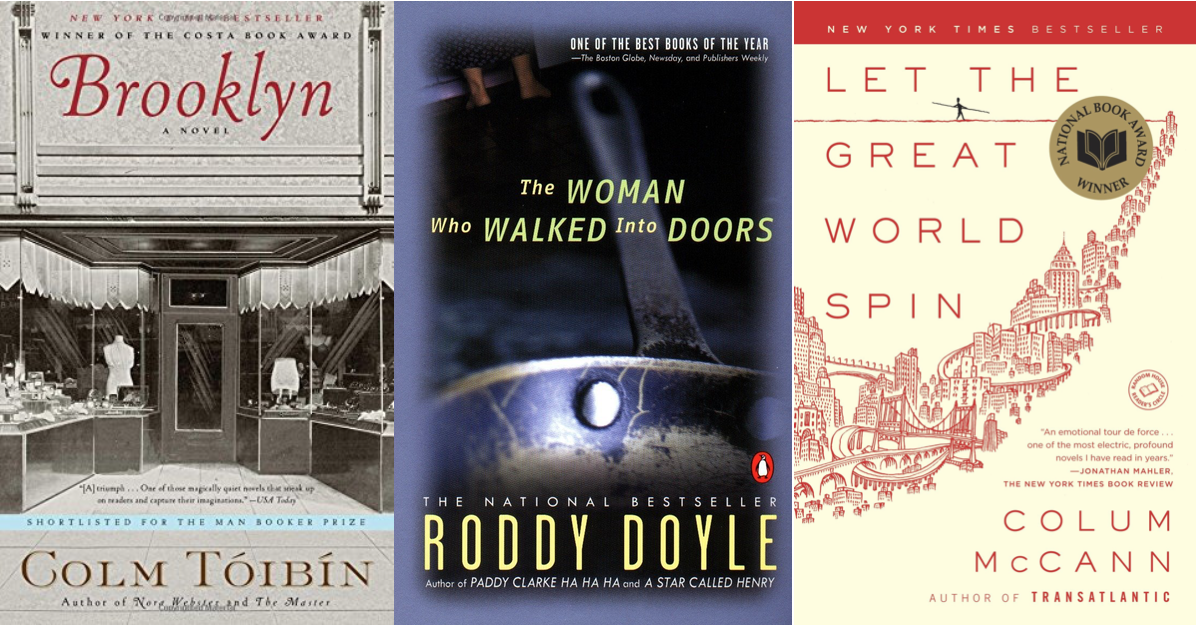 It’s time to get your Irish on.  I come from a family where the old aunts always proudly displayed their photos of JFK, I could swear in Gaelic by sixth grade, and we had a shillelagh in the house. Although we wore green on Saint Patty’s day, my mother said we didn’t need to because we were Irish enough.  And thus, by heritage, I take the lead on this post.

For all you literary types, I know the first thing that comes to mind is Joyce.  For me, it is Brendan Behan. Brendan Francis Behan (Irish: Breandán Ó Beacháin) (February 9, 1923 – March 20, 1964) was an Irish poet, short story writer, novelist and playwright who wrote in both Irish and English. A self-proclaimed “drinker with a writing problem,” he is a fount of wonderful stories.

Here is just one: Guinness gave the famous writer several crates of their product to come up with a new slogan. After drinking all of it, the company men came around, and Behan scribbled his immortal slogan on a scrap of paper: “Guinness makes you drunk.” Truer words were never written. Critics have said, “While other writers hoard words like misers, Behan sends them out on a spree, ribald, flushed, and spoiling for a fight.”

Behan is best known for his autobiography, Borstal Boy (1958) and his plays The Quare Fellow (1954) and The Hostage (1958). His brother’s beautiful song The Auld Triangle, written for The Quare Fellow, has been covered by everyone, and Behan alone could supply his own soundtrack for the day with The Pogues homage  Streams of Whiskey, or Tommy Makem and the Clancy Brothers singing Lament to Brendan Behan. [Ed. Note: Residents of Jamaica Plain (an area south of Boston) can enjoy a drink in the Brendan Behan Pub, awarded the honor of Boston’s Best Irish Pub four times. –Andrea Martucci, Managing Editor]

“Here’s a wee bit of blarney to celebrate the day that went “green” long before it was cool!

James Michael Curley was not the first Irish Catholic to serve as Boston’s mayor (that honor went to Kennedy patriarch John “Honey Fitz” Fitzgerald). But Curley was the first Irish politician to transform clannish patronage into an art. His reign in the first half of the twentieth century as the boss “who got things done,” for his working class, immigrant constituency in the mayoral, legislative, and gubernatorial offices continued unabated, even after two prison sentences for fraud. Few other political maestros delivered as much Celtic grit and drama as James Michael Curley. It is fitting, then, that Pulitzer Prize-winning writer Edwin O’Connor would choose to fashion a hero in Curley’s image to evoke all the grease and power of machine politics in his 1956 novel The Last Hurrah.

Too hungover from the Southie parade to read a novel? Watch the film version instead, directed by John Ford and starring Spencer Tracy. Or, pour yourself a glass of Jameson and read the rich source material in Curley’s proud and unrepentant autobiography, I’d Do it Again.” —Anne Gray Fischer, Ploughshares Event Coordinator

“Learn some (dark) Irish history by watching The Wind That Shakes the Barley, one of the best movies I’ve seen in recent years. Also, raise a glass to one of Ireland’s great writers, J. G. Farrell, who died too young (he drowned when he was 44), but left a brilliant and entertaining trilogy of novels about the messy end of the British empire.”—Akshay Ahuja, Production Manager

“Roddy Doyle may very well be the greatest Irish author around today.  If you want to see the dark underside of Dublin, check out Paddy Clarke Ha Ha Ha, The Woman Who Walked Into Doors, or A Star Called Henry.” – Sean Mackey, editorial intern, mascot

For modern Irish playwrights my pick is Martin McDonagh. I recently saw The Cripple of Inishmaan (1996) and can’t wait to read his other plays.  A little side note, at the age of 27 he was the first playwright since Shakespeare to have four plays running simultaneously in London’s West End.  Plus, I have a bit of a schoolgirl crush on him.

Let’s not overlook our own guest editor Colm Toibin, You can’t deny the beauty of The Master and for just a good story, I’d go with Brooklyn. I also don’t want to forget Colum McCann and his fantastic novel, Let the Great World Spin. “I believe in the democracy of story-telling,” said McCann in an interview.  “I love the fact that our stories can cross all sorts of borders and boundaries.  I feel humbled by the notion that I’m even a small part of the literary experience.  I grew up in a house, in a city, in a country shaped by books.  I don’t know of a greater privilege than being allowed to tell a story, or to listen to a story.  They’re the only thing we have that can trump life itself.”

Okay, short stories, I’m going to have to say William Trevor and one of my particular favorites is “A Day,” in his collection After Rain. Clearly, I could go on, but I’ll end with one of my favorite Irish songs, Wild Rover, which I’m proud to say that my children know all the words to. Also, in true Irish fashion, it is unclear whether the song warns of the dangers of drink or celebrates them.