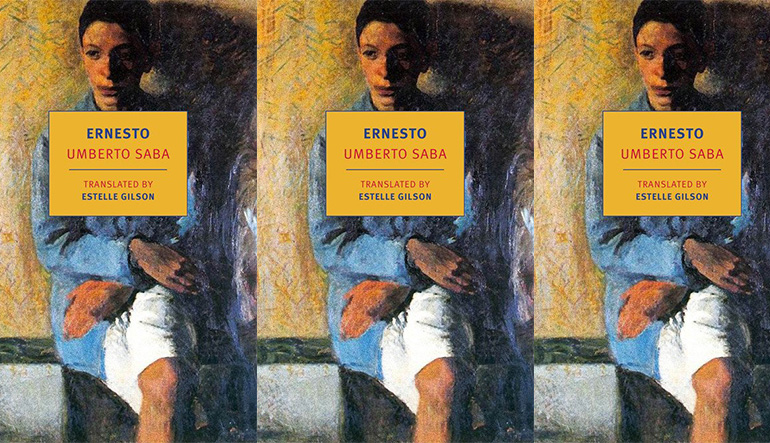 Umberto Saba died four years after writing Ernesto (1953), and it went unpublished until 1975 when its content would have been far less radical than in 1953. While Ernesto is undoubtedly unpolished in some ways, for as sparse a novel as it is, it’s also a remarkably skillful depiction of the mind and emotional life of a sixteen year-old boy. It’s a fitting moment to reissue the novel in a day when teenage angst and melodrama has surged to such commercial prominence and simultaneous mischaracterization. Saba is a sympathetic and bold apologist of adolescent​ autonomy, and is able to penetrate the fog of time and adolescence to speak to something deeper and more chaste than the surface elements. It’s a novel not about the love affair between an older man and a young boy, but of something more profound, situated beyond that unspeakable act. “He wanted to be loved, and the man loved him”; Ernesto evaluates his relationship with the character known only as “the man” (nearly twice his age). It isn’t a love story; those travel in both directions.

In the course of telling his story, Ernesto documents an artifact of human culture (retroactively recast as an artifact of “gay culture”) in which a particular type of relationship is self-conscious of its transitory nature. The relationship he has with “the man” is in the end the crucible this type of relationship has always been understood to represent: impermanent, but living on the cusp of a new era, Ernesto’s experience mingles elements of our own time with elements of its classical counterpart (as seen, for example, in Mary Renault’s comparable novels).

Of the emotional life of a sixteen year-old that Saba understands so well, one thing is immediately apparent—even when taking others into account, Ernesto can be incredibly self-centered. He is his entire world, as is true of nearly every adolescent. Yet his selfishness isn’t callousness. Ernesto may have only short-term desires, he may have only the vaguest sense of his political convictions, he may pivot seamlessly from winning his mother’s forgiveness to pleading with her for pocket money, but none of that is unusual. Saba has successfully captured the mercurial teenage mind: whether from late nineteenth century Italy (Ernesto’s perspective), the mid-twentieth century (Saba’s), or the early twenty-first (the reader’s).

Ernesto’s passive sexual experiments (whether with the man or with the patient prostitute Tanda) are only a natural prelude to his later transformation. The sexual relationship was only a catalyst in Ernesto’s growth—to move from object of desire to subject of desire. His final successful pursuit of the beautiful boy from the concert depends on a single conversation in a single chance encounter—the very kind of moment every teenager is certain will change the course of his life. And, as Saba reminds us in the end, it just might do exactly that.

Matthew Snider writes on literature, culture, and politics from Maryland, and can be found on Twitter @matthewsnider.