Home
»
Critical Essays
»
Excavating the Past in Don DeLillo’s Underworld 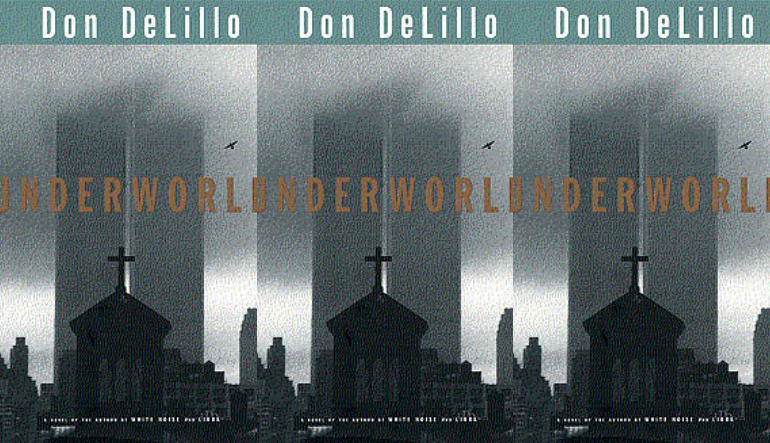 Don DeLillo’s 1997 novel, Underworld, is a sprawling, dense narrative that alternates between macro and micro experiences of Cold War and post-Cold War America; what lends focus to the story are the ekphrastic representations that populate the novel—starting, chronologically, with a description of a Brueghel painting and ending with an image of a dead girl on a billboard in the South Bronx, DeLillo uses visual imagery not only to juxtapose personal and national histories, but to excavate stories that have been hidden or suppressed. Viewing a work of art is simultaneously a public and private experience, and an ekphrastic moment contains these dueling impulses. By including ekphrastic moments in the novel, DeLillo draws on the tension between public and private to connect personal and national histories and, ultimately, to show the potential for redemption in even the bleakest of situations.

The desert landscape and the revelatory power of art come together in the first part of Underworld, titled “Long Tall Sally.” Nick Shay, a waste management executive who, as he describes it, lives, “a quiet life in an unassuming house in a suburb of Phoenix. Like someone in the Witness Protection Program,” makes a last minute decision to drive into the Arizona desert to visit Klara Sax, a renowned artist and Nick’s former lover. Nick has worked hard throughout his life to remake himself after a tumultuous adolescence that involved being abandoned by his father, his affair with Klara—the wife of his high school teacher—and accidentally killing his neighbor. Klara has set up camp in the desert at a former military base where she and her group of volunteers are painting more than 200 decommissioned military planes, two of which were used over Hiroshima and Nagasaki, in a site-specific art installation. Klara is quick to clarify to Nick that though her art might be in tentative collaboration with the military it is, “an art project, not a peace project. This is a landscape painting in which we use the landscape itself. . . . It’s the framing device. It’s the four-part horizon.” Klara’s artistic impulses, as seen throughout the novel, are similar to Nick’s work in waste management—both involve the recycling of waste. Where Nick’s job involves finding new ways to dispose of and hide waste, however, Klara’s art is about reclaiming and revealing waste as an integral part of our histories. Klara’s work in the desert also exists on a grand scale rather than a personal one; the intent behind it is to reveal the potential for beauty within the waste as a way of motivating the viewer to reconnect with the landscape.

Nick seeks Klara out in order to rediscover himself and finally come to terms with his turbulent and violent adolescence. Klara was a part of that past and though their conversation is occasionally as superficial and strained as would be expected between two people who haven’t seen each another in twenty years, Klara recognizes Nick’s nostalgic impulses—those same impulses are a driving force in her art. As Klara says to Nick in response to why he came to see her (“I thought I owed us this visit. Whatever that means.”), “I know what it means. You feel a loyalty. The past brings out our patriotism, you know? We want to feel an allegiance. It’s the one undivided allegiance, to all those people and things.” The past is, to Klara and Nick, more tangible and more real than the successful, sanitized lives they worked so hard to achieve; both have relocated to the Southwest in an act of reinvention only to find themselves longing for the energy of the past.

Describing what she believes to be a stereotypical American response to the desert, Klara says to Nick, “It’s so old and strong. I think it makes us feel, makes us as a culture, any technological culture, we feel we mustn’t be overwhelmed by it . . . So we use this place to test our weapons. . . . And it enables us to show our mastery.” Though Klara’s language reiterates a Westernized and industrialized attitude toward the American landscape, where the unknown and frightening wilderness is tamed through force, her art is a reminder that the landscape can be as easily scarred and damaged as anything or anyone else and that this damage will one day be revealed.

Klara’s installation, despite being large in scope and size, is grounded in the personal and the local; as she says to Nick, “Sometimes I think everything I’ve done since those years, everything around me in fact I don’t know if you feel this way but everything is vaguely—what—fictitious.” When we finally see Klara’s project it is at sunrise as Nick is about to depart for home:

The painted aircraft took on sunlight and pulse. Sweeps of color, bands and splatters, airy washes, the force of saturated light—the whole thing oddly personal, a sense of one painter’s hand moved by impulse and after thought as much by epic design. I hadn’t expected to register such pleasure and sensation. . . .these colors did not simply draw down power from the sky or lift it from the landforms around us. They pushed and pulled. They were in conflict with each other, to be read emotionally.

As Klara intended, Nick cannot describe the art independent from the landscape. The planes make the landscape more present to Nick, and in doing so the landscape and the history it contains come into conversation with one another. Before viewing the planes, Nick says, “I lived responsibly in the real. . . . History was not a matter of missing minutes on the tape. I did not stand helpless before it.” He takes comfort in the notion that he is part of a larger tapestry, that his adolescent transgressions can be viewed against a broader backdrop, and that his past experiences can be recycled into present actions. His emotional response to the planes, therefore, comes as a surprise to him. The language he uses to describe the installation is visceral and violent, much like how he describes longing for his youth in the Bronx later in the novel (“I want them back, the days when I was alive on the earth, rippling in the quick of my skin, heedless and real.”) but these emotions are transient and temporary; Nick, having worked for so long to suppress these chaotic feelings, ends his visit to the planes quickly and returns home.

Klara and her art continue to haunt Nick after he returns to Phoenix, and he soon arranges a second viewing of the installation, this time by hot-air balloon, as a birthday gift for his wife, Marian. This time his description of the planes is more detailed and less impressionistic and emotional: “The primaries were less aggressive than they’d seemed earlier. The reds were dampened, taken down by weather or more paint . . . There were orderly slashes across the fuselages in one section, beautifully mixed blues and flat blues and near blues.” This time around, Nick’s description is more reflective of the careful, detail-oriented man he has become rather than the wild, angry teen he once was. By sharing Klara’s art with Marian, Nick is beginning a conversation with his wife about his experiences in the Bronx, something he has never done before, even before he is able to put words to those experiences. In doing so, he is integrating his suppressed history with his present life.

Rather than simply being connected by the rampant consumerism or the refuse of the Cold War that populates this novel, the characters of Underworld are deeply connected by their emotional response to the beautiful. It is DeLillo’s use of visual imagery and ekphrastic moments that lends complication and lightness to the often heavy-handed themes of waste, recycling and the oft repeated mantra that “everything is connected.” Everything is connected, but perhaps things are connected by an aesthetic response as well as by the garbage we produce. Nick finally feels control over his past when he momentarily allows himself to relinquish his tight grip on his emotions and on the illusion that control comes from suppressing his unruly feelings.

The visual imagery and ekphrastic moments in Underworld and the emotional responses to them are what truly connects the characters to each other. It is in these moments that the past finally comes into conversation with the present, opening up a space where redemption and forgiveness is possible.