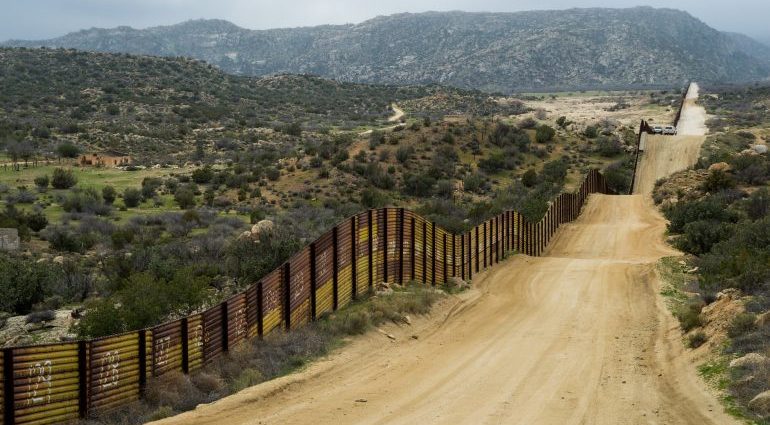 In 2014, while Mexican-born writer Valeria Luiselli and her family were waiting for their green cards, they took a road trip from New York City to the Mexico-Arizona border. That summer, she began writing the novel that became Lost Children Archive—which centers on a family traveling from New York to their new home in southeast Arizona during the refugee crisis—but felt as though she wasn’t doing justice to the story she wanted to write about the border. “After a while, I started to realize that I was really messing the novel up,” she told Javier Zamora. So she set it aside and wrote Tell Me How It Ends: An Essay in Forty Questions, a longform nonfiction piece, instead. Only once she’d published this personal story—of volunteering in New York as an interpreter for child migrants who crossed the border from Central America, risking their lives to escape even greater dangers—could she achieve the narrative distance she needed to finish her novel on the same topic.

Tell Me How It Ends doesn’t take either a strictly journalistic or memoiristic approach to Luiselli’s experiences with the Central American children she has met, although it is constrained by her loyalty to facts. And the facts relating to stories of the more than 54,000 unaccompanied children who crossed the Mexican-American border in 2018 alone are incomplete and filtered through children who often don’t have the vocabulary—verbal or emotional—to recount their journeys or the dangers they faced. “The children who cross the Mexico border and arrive at the U.S. border are not “immigrants,” not “illegals,” not merely “undocumented minors,” Luiselli writes in Tell Me How It Ends. “Those children are refugees of a war, and, as such, they should all have the right to asylum. But not all of them have it.”

All of them, however, have the right to tell their story—which they do to Luiselli and other interpreters, who ask them the forty questions listed on the intake questionnaire given to migrant children, which Luiselli uses as her essay’s structure. The first question is why they came to the United States, which many of the children don’t have to words to explain. Question number seven is the one that stops Luiselli in her tracks: Did anything happen on your trip to the U.S. that scared you or hurt you? Luiselli foregrounds some of the more horrifying responses she hears, and blends this reporting with her reactions.

After we know the facts, Luiselli switches nonfiction tactics: she moves from a blending of reporting and memoir to a call for action, to let us know the story can end when we in the U.S. decide it should. Her political stance is clearly marked here: this is a hemispheric war—one in which the United States has long been complicit.

The title of the essay comes from the question Luiselli’s five-year-old daughter asks: “Tell me how it ends, Mamma, my daughter asks me. I don’t know,” Luiselli responds. “Tell me what happens next,” he daughter presses her. “Sometimes I make up an ending, a happy one,” Luiselli writes. “But most of the time I just say: I don’t know how it ends yet.” A story without an ending defies a writer’s attempts to pin it down and extract its meaning. As long as children are still getting lost, deported, separated from their parents, the best we can hope for is our own mobilization to end the story.

Lost Children Archive layers a family’s road trip over the refugee crisis to tell a story than can, in fact, end. It’s authored from the same material as the essay, yet doesn’t stake out a political position, the domain of Luiselli’s nonfiction. Towards the end of Lost Children Archive, the son of the family tells the daughter, “This is where the story ends. You always want to know how all stories end. Today is the day it ends, at least for now, for a long time.” He isn’t referring to the children he and his younger sister have heard about, the ones who cross the border alone and get lost—he’s talking about their personal story, the only one that can end in this context. The conventions of a novel allow one story to end while another—the political story in the background—is ongoing. This interplay between fact and fiction allows Luiselli to end a narrative that happens parallel to the story refugee children, whose pain and terror seems unending.

Where Lost Children Archive braids a personal myth of a family with the news they’re hearing about children at the border, Tell Me How It Ends braids the author’s personal experience with child refugees with the history and politics of how they came here and why. Reading both books is a powerful experience—it can show us our own complicity in that background story, and teach us how to find the children who have been lost so the story can change, and end for good.

Tags:Lost Children Archive, Tell Me How It Ends, valeria luiselli