Home
»
Authors
»
Far Beyond the Pale in 1970’s Missouri: A Tiny Interview With Daren Dean 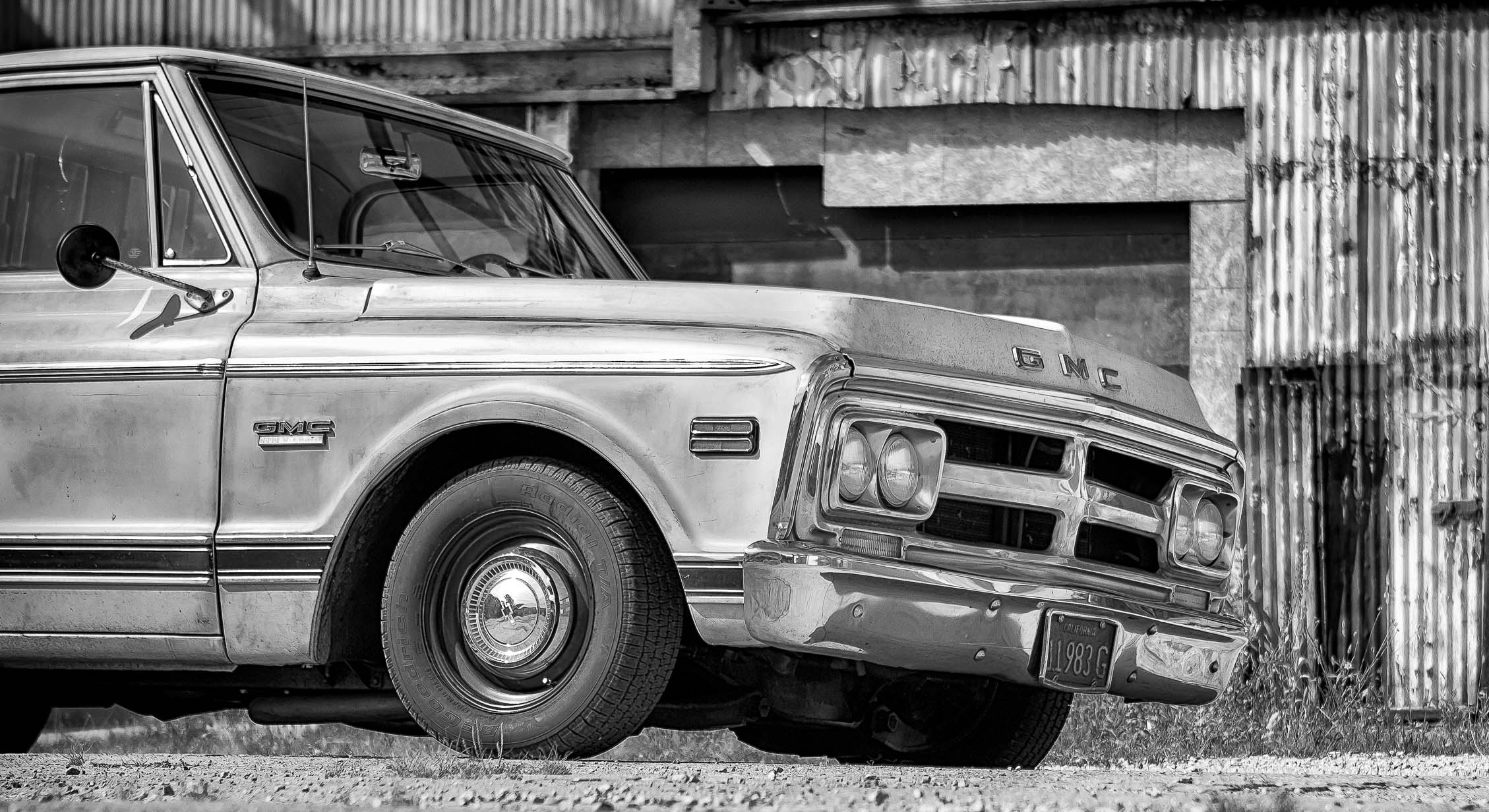 Daren Dean’s novel, Far Beyond the Pale, explores masculinity, religion, and delinquency in a coming of age story set in rural 1970’s Missouri. The novel follows Honeyboy who has moved back to Kingdom County, Missouri along with his mother following a stint in California. They return, in part, to leave their baggage in California behind but when Honeyboy falls under the tutelage of Vaughn, an outlaw, he finds himself strongly within the grasp of a man whose orbit he can’t escape.

Part of what drew me into Dean’s book was the premise itself though the writing is something else to behold. Every line dazzles. Every sentence feels perfectly in sync with the next one and then the next. There’s something almost hypnotic about the way Dean’s characters speak—especially the narrator, Honeyboy. I talk with Dean about the cadence of 1970’s Missouri slang, delinquents, and his thoughts on politics in the American heartland amidst the 2016 U.S. Presidential race.

Daniel Peña: I want to begin with the title of your newest novel, Far Beyond the Pale, which alludes to a passage in Cormac McCarthy’s first novel, The Orchard Keeper. What is it about that novel that resonates with you?

Daren Dean: I knew that the core of this story was going to be about rural people who were part of society but were rebelling against it at the same time. I was reading a great deal of Daniel Woodrell, Larry Brown, Mark Twain, and Cormac McCarthy at the time. I knew that this idea of being beyond the pale captured the outlaw spirit of the character, Vaughn, but also the popular narrative about Missouri itself. There was a time in the late nineteenth century when Missouri itself was known as “The Outlaw State” due to the activities of Jesse and Frank James, The Youngers, and others. The phrase “beyond the pale” dates back centuries when Ireland was under English rule and was delineated by a boundary made of fences or palings. To travel “beyond the pale” meant to leave behind the rules of civilization. Vaughn is a rebel in the more contemporary sense. He fought in Vietnam. He felt betrayed by the government but I don’t attempt to make him a sympathetic character because of his background or even go into that. I like the objective approach that McCarthy uses in his narratives or Larry Brown for that matter. My feeling at the time of writing the novel was not to be whispering to the reader and telling them how to feel.

DP:  From the opening pages, Honeyboy (the protagonist) has this really interesting cadence to his speech. I think the language of the novel is partly what intrigues me so much about it. Could you talk about the origins of Honey Boy and his style of speech?

DD:  The language, diction, and syntax of the novel are important. I used phrases and sayings I remember people used when I was growing up in Missouri and other places. Some of them are old sayings like, “He’s wound tighter than Dick’s hatband.” My step-dad used to proclaim, “I feel like I was beat with a ten cent mop.” I always wondered where the ten cent mop store was. Others I’m not sure what the origins are or exactly what they mean. Like a man I knew who would say (if the outcome was in doubt) “There’s many a slip between the cup and lip.”

There’s a rural Missouri way of talking that I was reminded of a few years back. I was riding with my great aunt, who passed away several years ago now, to my cousin’s house. She said, “Now, when I drive through here of a night I have to watch for deer.” I just happened to mention this to her and that I thought it was interesting she said “of a night.” She became kind of flabbergasted with me and said, “You’re just making fun of your dumb old aunt! Well, how would you say it?””

Over the years, I think we’ve all changed how we speak. Myself included. So, I tried to be true to the era I was writing about—rural 1970’s Missouri—and to write in a way that does justice to it I hope. It’s a kind of poetry.

DP: 1970’s Missouri has this sort of religious/delinquent dichotomy that you explore through your characters in the book. Could you talk about some of those characters? How has Missouri changed in your mind?

DD: The kind of charismatic Christianity you see expressed in the book is something that permeated my childhood. My uncle became &lqduo;Born Again” and started a ministry of sorts, in addition to his job at a truckstop restaurant. He’d have church services at nursing homes. My cousin played the piano. My aunt led them in singing hymns and worship songs like “The Old Rugged Cross” and “He Touched Me.” I can remember, too, feeling very jealous of other kids who lived with their parents and wishing I could be with either of mine. It was a real sense of loss I felt as a boy but it was not something I could express. I felt under pressure to try not to let problems get to me. To present a façade to people. To be tough. Not to be a crybaby. Suck it up, buttercup. I’m reminded everyday about how much has changed since that time. I’m very lucky because I see my children everyday. I’ve been married to my wife for 25 years. My own folks have been married 8 times between them. They were young then. Generally speaking, I felt this sense of alienation growing up and moving around but I would not have known what that word means. It was just a reality. That alienation and the wish to belong to something or someone is probably what ultimately led to me wanting to become a writer. I wanted to investigate and document those feelings.

I think the people I wrote about who were based on the kinds of people I grew up around (those who are still with us) have changed. They don’t exactly talk the same. I’m not the same. Their children and grandchildren are a new generation. It’s more difficult to capture what the attitude of now is. I mean, when it’s something from so long I can put it into some perspective but I have a hard time doing that with current events. I’m no expert on Missouri, nor do I think I speak for the state in any way. I have always had a love/hate relationship. I wish I was more like some of the writers I knew who seemed to be having a love affair with their home state. I’ve often felt rejected by Missouri if that’s possible or even makes sense to say.

DP: I know what you mean. I have this same love/hate relationship with Texas. For better or worse it’s where I’m from. I think it’s kind of weird and interesting that these spaces between the coasts—the American heartland as some would call it—seemingly dictate American politics. That religious/delinquent dichotomy is part of the fabric of the midwest and a large part of the American South. Your book isn’t really political but in the vein of that religious/delinquent dichotomy, I’m interested in your thoughts on the 2016 Presidential election. And what it is about the midwest that captures the political zeitgeist?

DD:  It is a conservative state with a history of voting in more Democratic governors than Republicans but at the same time my brethren are a bit schizophrenic because they also tend to support Republican Presidential candidates. In the past, I think the state supported conservative Democratic governors because of farming. In fact, until recent years Missourians tended to vote for the Presidential candidate that ended up winning. All that being said, the folks I know from Missouri seem to be tending toward more and more toward conservative politics though my friends in higher education probably don’t reflect these generalizations but that’s to be expected.

I tend to make jokes about politics though the outcomes can be no joking matter. I like to joke that I belong to the Shoe Thrower Party. I sincerely doubt the motives of just about anyone who would willingly choose to enter into politics given the kind of tit for tat decisions you would end up being obligated to make and this probably has to do with growing up in the shadow of the Vietnam War and the Watergate scandal. After the assassinations of the Kennedys, Martin Luther King, John Lennon, and then Vietnam piled on top of that.  We have this inner vision of what we all want America to be but we’re faced with the reality of what it actually is in how it deals with race, education, and healthcare. As President Carter recently said in an interview, “We don’t live in a Democracy, we live in an Oligarchy.” Many people want to believe in the myth of what America should be and close their eyes to what it is.

DP: Do you think writers should engage in politics? Is it our duty? Or even our place?

DD: This is an interesting question though I am loathe to make pronouncements one way or the other. I think the answer is best left to the sensibilities and interests of the writer. I think some writers have a natural bent in this direction. If a writer has insight into the politics she’s writing about then I say yes! Fiction writers need to come at it from an oblique angle. That is to say, fiction needs to worry about character, plot, and craft. I find American politics so grievous that rather than comment on its more obvious hellish contradictions, I find myself wanting to escape it in typical American fashion; politics is inescapable. If I were to be the best version of myself I’d be an overtly political writer. The President of the buddhist organization known as the SGI has said, “A great human revolution in just a single individual who will help achieve a change in the destiny of a nation and, further, will enable a change in the destiny of humankind.” Should a writer be political? Can he avoid it?